In 1980, during my second year at Southwestern Baptist Theological Seminary in Ft. Worth, Texas, Paige Patterson was kind enough to give me a few hours of his time in his study at the First Baptist Church of Dallas. I was on staff at a Dallas church and had spent the previous year trying to sort out the whole inerrancy debate that had erupted the year before at the annual Southern Baptist Convention meeting in Houston.

That conversation with Dr. Patterson, coupled with several documents that he gave me helped me conclude that there was indeed a serious theological problem seeping into the convention. Of all the things that he said to me on that occasion one comment caught me completely off guard and particularly stayed with me through the years. With pain in his voice Dr. Patterson said that once he got into the fight that the one thing that he never expected to learn was that so many Baptist pastors are “cowards.” The refrain that he repeatedly heard from pastor after pastor in those early years of the Conservative Resurgence went something like this, “Brother, I am with you on this…but because of my situation, I just can’t afford to take a public stand at this time. I hope you understand.”

The Conservative Resurgence was in its infancy and had every pastor taken that posture, it would have undoubtedly faded into a footnote of current SBC history books. Thank God there were some men–many men–who did not give in to man-fearing and willingly laid their denominational lives on the line for a cause in which they believed. They lost friends, suffered ridicule, lived with being misunderstood, had their motives questioned and were subjected to all kinds of personal attacks. I witnessed some of this in public settings, classrooms and private meetings. But they stood firm and because they did (notwithstanding some missteps and culpable mistakes along the way) today’s SBC is unashamedly and publicly committed to the full authority of God’s Word written.

Which brings me to Johnny 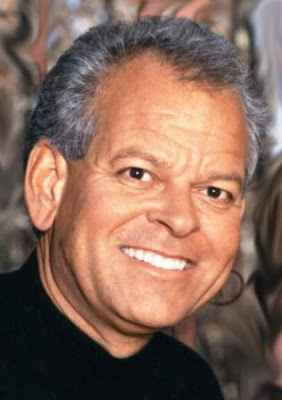 Hunt and these early days of the Great Commission Resurgence. As men like Drs. Hunt, Danny Akin and Thom Rainer have called for Southern Baptists to come together around the gospel in order to spread that good news to the nations, naysayers have arisen from different quarters. Some of them have sounded warnings that this movement is tantamount to giving up our Baptist identity while others have concocted all kinds of conspiracy theories in order to discredit it.

What concerns many of the critics is that the GCR has been a rallying point for both Calvinist and non-Calvinist Southern Baptists. Narrow spirits in both camps are gravely concerned about such unity. Charges of compromise, “going soft” and playing into the hands of “theological enemies” have been leveled. And more than a few personal communications to help outspoken uniters get their mind right have been attempted. That kind of pressure is too much for some would-be leaders in the convention. Though they privately appreciate the new direction and spirit of unity that is growing in the convention, because they fear what some of their colleagues might think, they remain silently on the sidelines.

Johnny Hunt is not among their number. He has humbly and boldly help lead the way forward to a new, healthier day in the SBC. For the GCR to be more than a passing fad, a new kind of radical, gospel-central leadership must arise within the convention. Such leadership must care more about what honors God than what pleases men. Johnny Hunt is that kind of leader. He has been a bridge-builder by extending friendship and fellowship to fellow Southern Baptists with whom he does not always agree theologically. I have experienced it firsthand and count it a privilege to call him my friend.

The video below reveals a little of the heart and humility of Johnny Hunt. May God raise up army of pastors who exude the same spirit and passion for our Lord.

TS&TT: David Schrock | Brothers, We Are Not Plagiarists: A Pastoral Plea to Forsake the Peddling of God’s Word

TS&TT: We Found Billy | The Gospel Coalition, Persecution and the Hills We Must Die On