Response to "A Statement of Traditional Southern Baptist Understanding of God's Plan of Salvation," Pt. 1 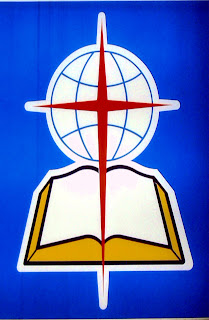 Today I had a document forwarded to me (from two different people) that was sent out to what looks to be a list of all the executive directors of state conventions in the Southern Baptist Convention. The title of the document is “A Statement of Traditional Southern Baptist Understanding of God’s Plan of Salvation.”

The email to which it was attached came from Jeannie Maxwell, the administrative assistant to David Hankins, the executive director of the Louisiana Baptist Convention, and included this statement:

I have attached a document entitled “A Statement of Traditional Southern Baptist Understanding of God’s Plan of Salvation” which some of us brethren have prepared. I believe it is self explanatory and that it can serve our Southern Baptist Convention well in these days. This document will be released to the general public soon. I wanted you, because of your leadership, to have an advance copy.

For what it is worth, I, along with other Southern Baptist leaders, am signing my name in support of the statement. The list of signers already includes Jerry Vines, Jimmy Draper, Paige Patterson, Malcolm Yarnell, David Allen, Eric Hankins, Mark Howell, Steve Horn, Emir Caner, Adam Harwood, and Chris Justice. Your comments are welcomed.

The opening paragraph of the Preamble gives the rationale for issuing such a statement.

Every generation of Southern Baptists has the duty to articulate the truths of its faith with particular attention to the issues that are impacting contemporary mission and ministry. The precipitating issue for this statement is the rise of a movement called “New Calvinism” among Southern Baptists. This movement is committed to advancing in the churches an exclusively Calvinistic understanding of salvation, characterized by an aggressive insistence on the “Doctrines of Grace” (“TULIP”), and to the goal of making Calvinism the central Southern Baptist position on God’s plan of salvation.

After professing to speak for the “vast majority of Southern Baptists” the statement outlines ten affirmations and denials on the following theological subjects.

It is a serious doctrinal statement and is worthy of serious consideration. Over the next week or two, it is my intent to give it the evaluation that it deserves. I believe that this document, more than anything else that I have seen written on the differences that characterize many Southern Baptists on the doctrines of grace, has the potential seriously to disrupt the unity that Great Commission Resurgence has sought to foster and instead and to revive old suspicions and misrepresentations that too often have characterized past debates on these subjects.

I have no interest in participating in any such disunity. Neither do I care about denominational politics. But I do care about truth and especially the purity of the gospel. It is out of this latter concern, and with deep respect for many of the signers of the document that I intend to respond.

So join me in praying that the inevitable theological conversation that will result from this soon-to-be-published-statement will not degenerate into personal attacks or be carried out in a way that dishonors our Lord. Rather, may He grant us humility born of submission to His Word that will enable us to speak the truth in love.

Of the Father’s Love Begotten

Mercy Reigns only where Justice is Due

TS&TT: Jim Renihan | An Exposition of the 1689 Second London Baptist Confession of Faith