30th anniversary of the birth of Founders Ministries 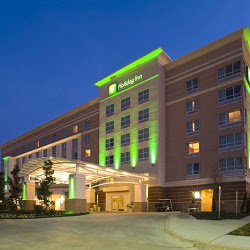 Thirty years ago–November 13, 1982–I met with six other men in a hotel room near the DFW airport in Texas. It was a Saturday. One was a Southern Baptist seminary professor. Two were pastors. One was a vocational evangelist. One was an assistant pastor. I was a student at Southwestern Baptist Seminary and on staff at a church in Dallas. The other man was a class mate of mine and a church planter. What brought us together was not only a common commitment to the doctrines of grace but a common concern over how far from important Baptist ideals most SBC churches had drifted. Those were the early years of the inerrancy movement, also known as the “conservative resurgence.” We were all committed inerrantists, but we were all very convinced that inerrancy isn’t enough for healthy Christianity.

We spent the first half of the day in prayer, reading Scripture and singing. The second half of the day was given to more prayer and to discussions about what we could or should do (if anything) to try to address our concerns in a more public way. Once we decided that we should plan to host a conference for pastors and church leaders the next year, we drafted the following Statement of Principles:

The motive of the conference is to glorify God, honor His gospel, and strengthen His churches by providing encouragement to Southern Baptists in historical, biblical, theological, practical, and ecumenical studies.

The purpose of the conference is to establish and continue an annual meeting under the oversight of a local Southern Baptist Church for Southern Baptist ministers, elders, deacons, and theological students.

The desire is to be a balanced conference in respect to doctrine and devotion expressed in the doctrines of grace and their experimental application to the local church, particularly in the areas of worship and witness. This is to be accomplished through engaging a variety of speakers to present formal papers, sermons, expositions, and devotions, and through the recommendation and distribution of literature consistent with the nature of the conference.

The theological foundation of the conference will be the doctrines of grace (election, depravity, atonement, effectual calling, and perseverance) and specifically related truths. These subjects will be presented doctrinally, expositionally, homiletically, and historically. Each conference will concentrate on the experimental and pastoral application of the respective doctrines.

Because the historical record reveals that these convictions are nothing less than that which was believed by great Southern Baptist statesmen of the past (like James Boyce, John Dagg, P.H. Mell, W.B. Johnson, et al), we called the conference, “The Southern Baptist Conference on the Faith of the Founders” (later mercifully shortened to the “Founders Conference”). Over the years, as the conference grew into an annual event and other ministries developed, such as regional conferences, Founders Online, fraternals, the Study Center, the Founders Journal, Founders Press, ministers’ search list, Founders Friends’ lists, PLNTD church planting network, etc., we changed the name to “Founders Ministries.” We also refined our statement of purpose to reflect these broader ministries:

The purpose of Founders Ministries is the recovery of the gospel of the Lord Jesus Christ in the reformation of local churches. We believe intrinsic to this recovery is the promotion of the Doctrines of Grace in their experiential application to the local church particularly in the areas of worship and witness. This is to be accomplished through a variety of means focusing on conferences and including publication, education, pastoral training and other opportunities consistent with the purpose. Each of the ministries will be developed with special attention to achieve a healthy integration of doctrine and devotion.

We desire to be orthodox without being obnoxious.
We want to be confessional, yet contemporary.
We are Southern Baptist, though not sectarian.
Our goal is to be doctrinally and devotionally balanced.

Much has happened in the ensuing thirty years since that prayer meeting. There has been an undeniable groundswell of pastors, churches and, especially, students discovering the sovereignty of God’s grace in salvation as revealed in Scripture. Some are alarmed by this movement. Others are more curious. I am convinced, however, that it is a good thing and is indicative of a movement of God in our generation.

Having said that, however, from the vantage point of three decades later, I must quickly add that, as is true of inerrancy, Calvinism, at least as understood as delineated by the so-called “five points,’ is not enough, either. What we continue to need is a full-orbed return to the centrality of Jesus Christ in the church. We must be careful not to assume the gospel but rather be intentional and careful in proclaiming and defending it.

By God’s grace, this is also happening amidst the growing revival of the doctrines of grace. It is extremely encouraging to increasing concerns being expressed about being explicit regarding the nature and power of the gospel. God is at work in His church in ways that we desperately need as western civilization continues its rapid decline into spiritual and moral darkness.

Please pray for Founders as the Lord brings this ministry to mind. We are committed to pursuing our purpose of not only working for the recovery of the gospel, but doing so in the spirit of the gospel. For such work, we are completely dependent on God’s grace.

TS&TT: Immigration, America's Lowering Birth Rate and the Theology of Having Children