3 Identities of the Christian Man 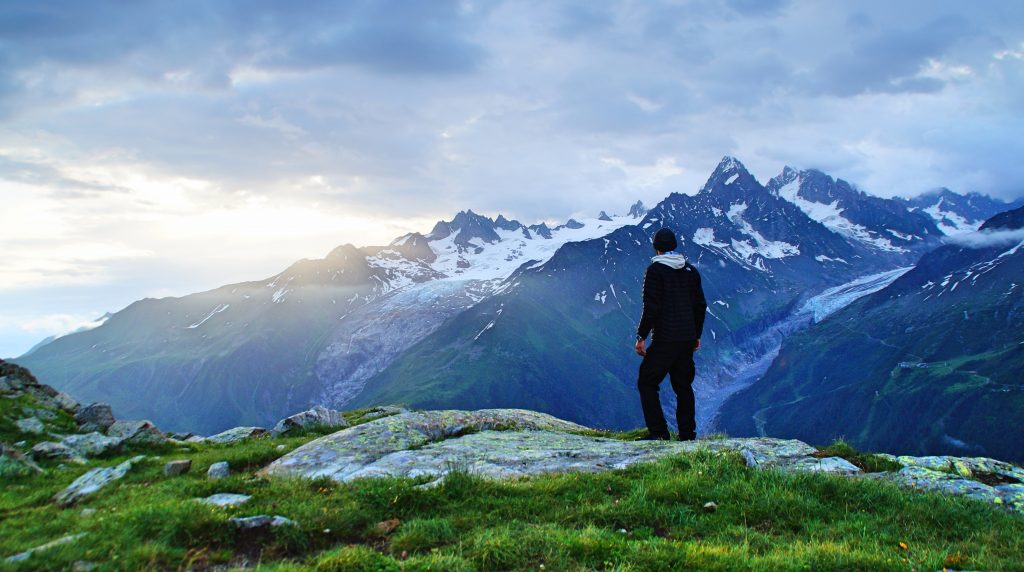 What is a Christian?

In spite of the New Testament’s clarity, if you were to ask a dozen self-identified evangelicals about their Christian identity, you’d get a dozen, mystifying, disparate answers.

Some would reject the label “Christian” in favor of a deconstructed term like “Jesus-follower” with presumably less cultural baggage. Some would add a slew of denominational or confessional labels, while those on the opposite side of the spectrum would add the obligatory “spiritual but not religious.” Others might even classify themselves with monikers like “born again” or “daughter of the King.”

The biblical identity of the Christian goes deeper than the labels that fall in and out of vogue. At root, we are in Christ. Our old, sinful, hell-deserving self is counted dead with Christ on the cross, and our new selves are counted as righteous before God and raised with him (2 Corinthians 5:14-15, Colossians 3:1-3). Oceans of ink have been spilled on explicating these concepts alone.

But more specifically, where does this leave the Christian man?

Most of the popular identifiers reflect, together with our romantic praise choruses, the heavily emotive, feminized state of evangelical subculture. We live in a cultural moment in which a phrase like “You’re worth it” works as well for the next Christian conference as for L’Oréal. This pattern of cognitivist, self-affirming spirituality, by its own nature, appeals only to a certain segment of the population and thus accounts for the conspicuous statistical underrepresentation of men in the average evangelical congregation.

Men in particular must recover a formulation of Christian identity that is not only biblical and practical but sufficiently masculine. Christian men need convenient handles with which to grasp the enormity of their identity in Christ.

Conveniently, the Apostle John gives us three. In 1 John 2:12-14, believers are addressed by three familial terms that carry of significant application for men.

Our rebirth into the family of God is the genesis of our new identity.

In regeneration, we receive a new nature with godward affections, enabling us to cast ourselves upon Christ and receive forgiveness of sin. The train of new birth, faith, justification, and adoption stampedes into the believer’s life in rapid succession. Our entrance into God’s family as children is the key that unlocks the rest of the Christian life.

In his first epistle, John employs this metaphor twice in parallel construction to emphasize two realities: (1) the believer’s cleansing pardon from sin and (2) his newfound relationship of intimacy with God the Father.

Though John is speaking to all believers, the application of these points is particularly relevant to men.

You may feel hardened. You have regrets. You raise children who reflect all your foibles and sins as a mirror. You recall your upbringing, only to find yourself simultaneously resenting your father and becoming more like him. But in Christ, your natural, hereditary record of sin is expunged and your guilt is decisively removed. You are freed to live above the accusing voice of your inner demons.

Now, your father—the figure who shapes you, models manhood, and passes on to you his very own nature—is the supreme, loving, all-powerful God of the universe, not just another flawed male. This Father calls you by his own name, looks you in the eye, and is present.

Christian men must begin to build their self-conception on their status as sons of God.

Of course, that is not to say that we are mere juveniles.

To be a child of God is, in part, to be a passive recipient of God’s grace and paternal affection. But Christian men are also to be fathers—active workers in other’ lives, not merely in the physical sense but in the sense that their firsthand knowledge of God qualifies them to influence others.

The Reformation Study Bible explains in its comment on 2:12–14: “[T]he recipients of the letter… are ‘fathers’ because their knowledge of God in Jesus Christ qualifies them to hand this knowledge down to future generations.” This comports with John’s use of filial metaphors throughout his epistles, such as in 3 John 4: “I have no greater joy than to hear that my children (the recipients of his ministry) are walking in the truth” (emphasis added). In 1 John, the apostle himself fills the role of a spiritual father, passing along his personal testimony of Christ for the joy and maturity of his beloved audience (vv. 1-5). The Apostle Paul also employs this language with the Corinthians: “I became your father in Christ Jesus through the gospel” (1 Corinthians 4:15b).

Just as with mature manhood comes the longing to impart to a son the wisdom, skills, and values gained along one’s journey, so with Christian manhood comes the desire to plant a spiritual legacy in others. In our youth, God graciously adopts us into his family and gives us a new name; in our maturity, we call others to receive that same adoption, and we cultivate a new generation as his namesake.

Such paternal oversight, in a small way, reflects God’s paternal ownership of us. In disciple-making, we sacrifice ourselves, taking on a measure of responsibility for the eternal welfare of others.

Spiritual fatherhood is also a sign and seal of our right standing with God. In making disciples, we prove to the world and ourselves that we indeed possess the faith we profess, shaping others into the image of Christ even as we ourselves are being shaped. We assure ourselves that we are more than idle consumers of spiritual blessings but also real contributors—an investment which, like physical parenting, pays rich dividends. We do not need to wait until we “arrive” on a certain plane of piety before we can invest in the next spiritual generation. We have something worth giving now because we know God.

And not only do we raise others to fight; we’re engaged on the frontlines ourselves.

3. You are young men

“Young men” are marked by vitality, fervor, and drive. We draw our identity from Christ, the divine warrior whose crushing victory promised in Eden was fulfilled when he came to destroy the works of the devil (Genesis 3:15, 1 John 3:8). In Christ, we too overcome the evil one who holds the entire fallen cosmos in his sway (5:5, 19), joining our commander-in-chief in stomping the serpent’s head into the dust (Romans 16:20). Our victory against our ancient celestial enemy is already a done deal because of Christ (note v. 14: “you have overcome the evil one”).

We are victors, not victims. We are more than conquerors, not merely the conquered. Our standing in Christ strengthens us to crucify our tendency to pout, sulk, and bemoan the wrongs done to us. We annihilate self-pity and fight for joy, holiness, and self-discipline with all the grit of one whose very bones are indwelt by God Almighty. Day by day, we pommel our blood-bought bodies to win the prize (1 Corinthians 6:20, 9:27).

Note also verse 14: we are strong. We are not just wanderers a in some spiritual journey of self-discovery, just “trying to figure out life” with the rest of the lost masses. We have more to offer the world than dainty Socratic dialogues over spirituality in coffee shops, devoid of any real conviction; we preach Christ and him crucified to the dying and damnable. We are soldiers drafted into a cosmic battle for truth and honor by the God whose decree writes reality itself. We don’t just deconstruct; we build.

If the state of the culture both within and without the church proves anything, it’s that we need mature, fighting, manly Christian men. While John’s metaphors, of course, have vast spiritual import for believers young and old, male and female, the implications for men should not be lost on us. We must lay aside our cultural baggage and recover the biblical foundation on which to build a masculine, Christ-centered self-conception.

What is a Christian man? More than a product of his environment, a struggling sojourner, or a religious conversation partner. He is a son of God, a spiritual father, and a fierce fighter.