3 Reasons Complementarianism Is a Missions Issue 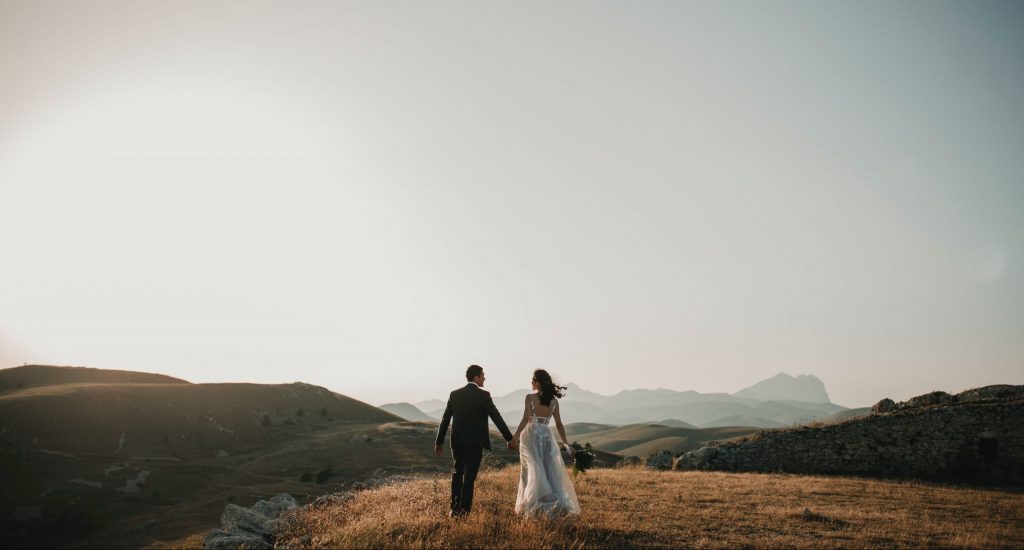 Christian love across lines of differing convictions are essential to the missionary task of the church.

To make disciples of all nations invariably involves flexing, adapting, and bending to an innumerable number of circumstances in the name of Christlikeness. Culture and language acquisition are only the beginning; to reach the world, we must also learn how to cooperate in high-stress situations with brothers and sisters who aren’t exactly like us. We must humbly embrace that there is but one universal church and one kingdom of Christ advancing steadily, mid toil and tribulation, for the last two millennia. This is our banner.

At the same time, conflicts erupt when important questions of conviction are answered in a slipshod way in the name of preserving superficial unity. Disagreements will happen, and they cannot be dismissed as insignificant. Distinctions exist among traditions and denominations for a reason. When it comes to the missionary task, can two walk together except they be agreed (Amos 3:3)?

My thesis in this article is that complementarianism (for our purposes here, as defined by the Danvers Statement) is not an issue about which missionary teammates can simply agree to disagree. To some, this claim may seem extreme. After all, cannot sincere Christian believers occupying various spaces across the spectrum—from feminism to patriarchalism—preach the deliver the same gospel presentation or affirm the Apostles’ Creed? Yet there are many arguments that militate against this laissez-faire approach, many of them rooted in preserving denominational and confessional standards. These arguments are important. It is my purpose here, however, to articulate the practical reasons—reasons relating to ministry in the trenches—that holding to complementarian distinctions is not only helpful but vital for missionary efforts.

The local church is both the means and the end of missions.

Why the focus upon the missions community? There are two reasons. First, cooperative missionary effort is one of the driving factors behind church associationalism, especially among baptists.1 We work together with other local church bodies because we have a global task. And secondly, missions is often the greatest locus of urgency. If we are at all inclined to doctrinal reductionism, we certainly sense the temptation towards minimalism as we bring the gospel across cultures—and for good cause. So, it follows that any convictional lines that are drawn on the frontlines of missions would certainly extend into our own national and local contexts as well.

Consider the following three reasons missionary teams cannot afford to be agnostic with regard to biblically-prescribed gender roles.

When everything is missions, nothing is.2 This maxim bears heavily upon the current state of affairs in modern missions. American churchgoers are frequently catechized to believe every Christian is a missionary. Every activity from poverty relief to marriage counseling is labeled as “missions” or “missional.” What is lost is the blazing center of the Great Commission: gospel proclamation that disciples all the nations under Christ’s lordship (cf. Matt. 28:18-20, Luke 24:46-48, John 20:21-23, Acts 1:8).

With this focus in mind, the work of mission takes a definite shape. That shape is modeled for us by the Apostle Paul, whose ministry consisted chiefly of gospel proclamation (cf. Acts 8:35, 9:20, 13:14, 17:2), church planting (Acts 18:11, 23; Romans 15:19-23), and training new church leaders (Acts 14:23, 2 Timothy 2:2, Titus 1:5). These interconnected, cyclical activities—all revolving around multiplication of healthy local churches—form the beating heart of the missionary task. There is, perhaps, more to that task, but there is never less. Implied in the command to disciple the nations by baptizing and teaching obedience to Christ (Matt. 28:19-20) is the propagation of New Testament assemblies of believers. The local church is thus both the means and the end of missions.

Local churches require leadership. The apostolic missionary model exhibited throughout the New Testament requires trained, godly men be set apart as elders in each church. If biblically-qualified leadership is not raised up within a church, the missionary church-planting task remains incomplete. Any missionary team that punts on the issue of male headship in the church disks dooming new churches and young believers to strife and division later on. Because healthy, biblical missions hinges on church planting, missionary teams must reach a settled conviction concerning God’s design for qualified men to lead in the local church.3

Healthy missions does not only revolve around church planting but also emphasizes long-term, continuous discipleship under the teachings of Jesus.

The “burned-over district” of upstate New York earned its name because of its spiritual infertility, the product of half-baked evangelistic campaigns. The US northeast is not alone. We have all seen firsthand the negative effects of inch-deep evangelism with little to no emphasis on continued discipleship under the teachings of Scripture. Interestingly, the spiritual resistance that forms in response to superficial, pragmatic forms of evangelism is often deeper and more stiff-necked than the resistance that forms to more biblically-faithful forms of outreach.

All that to say: healthy missions does not only revolve around church planting (as seen in the previous point) but also emphasizes long-term, continuous discipleship under the teachings of Jesus. We are to instruct the nations to obey all that Christ commanded. And the scope of discipleship is nothing short of all of life.

The missionary must then ask: what as Christ commanded? The answer is not just all the words written in red. The same Lord who issued these marching orders on the mount of ascension also pointed the Pharisees back to the inspired words of Scripture: “Have you not read that he who created them from the beginning made them male and female” (Matt. 19:4; cf. Gen. 1:27). To be discipled under Jesus, then, is to be discipled under all that the Triune God spoke in both testaments. This includes Scripture’s direct and indirect teaching concerning God’s design for men and women in the church, the home, and the world.

We would not fault a missionary who brought biblical teaching to bear on a pagan culture steeped in traditions of polygamy, cult prostitution, or oppressive misogyny. Yet oftentimes the missionary abroad, just as the pastor at home, may blush at such texts as Ephesians 5, which calls husbands to loving, self-sacrificial headship and wives to respectful submission. This must not be so. The missionary cannot make disciples without lovingly and boldly bringing to bear upon his hearers all that God has spoken in his word concerning male and female. In this way, God’s sexual designs are indeed missions issues and not domestic “culture war” issues purely.

We have established that the missionary is responsible to teach all that Christ commanded—both red and black letters inspired by the Spirit of God in both testaments. This does not mean that modern believers remain under the old covenant nor that the historical context of Scripture is unimportant. It does mean that we must prize the clarity of Scripture.4

When Paul preached the gospel, he did so with constant reference to what the Holy Spirit had enshrined in holy writ (cf. 1 Corinthians 15:1-4; note repetition of “according to the Scriptures”). Jesus constantly admonished the Jews of his day to refer to the Law and Prophets. Even post-resurrection, Jesus’ appeal to authority was not simply an appeal to the prima facie evidence of his glorified body but to Old Testament prophecies (Luke 24:27, 44-47). This is all to simply underscore the fact that the faithful evangelist cannot and must not leave his Bible at home. Gospel proclamation is to be done by the Book.

If our evangelism depends on our conviction that Scripture means what it says plainly, we must take this same affirmation of biblical clarity and hold it up as a mirror to our entire doctrinal system. Is any part of our belief system betraying a less-than-honest treatment of the biblical text? Have we erected elaborate, culture-accommodating schemes to get around our “problem” texts?

So too, what happens to our trans-cultural gospel witness when we treat the New Testament’s injunctions regarding God’s design for the sexes in a less-than-direct manner? What happens to our gospel witness if we bury the passages like 1 Timothy 2:11-14 beneath excessive layers of nuance and qualifying statements? Should we not instead model for our hearers what it means to live by every word that comes out of the mouth of God (Matt. 4:4; cf. Deut. 8:3), to delight in and “eat” all our Lord’s words (Jer. 15:16), and to savor his teaching more than honey (Ps. 119:103)?

To embrace the missionary call is to embrace becoming “all things to all people” to save some. Missions demands death to self.

Few Christians must grapple with issues of controversy, truth in love, and compromise the way missionaries do. To embrace the missionary call is to embrace becoming “all things to all people” to save some (1 Cor. 9:22). Missions demands death to self. Those with an unhealthy appetite for controversy are not only unfit for pastoral office (2 Tim. 2:24) but are especially unfit for the unique, cruciform shape of cross-cultural ministry.

If you account [your opponent] a believer, though greatly mistaken in the subject of debate between you, the words of David to Joab concerning Absalom, are very applicable: “Deal gently with him for my sake.” The Lord loves him and bears with him; therefore you must not despise him, or treat him harshly. The Lord bears with you likewise, and expects that you should show tenderness to others, from a sense of the much forgiveness you need yourself. In a little while you will meet in heaven; he will then be dearer to you than the nearest friend you have upon earth is to you now. Anticipate that period in your thoughts; and though you may find it necessary to oppose his errors, view him personally as a kindred soul, with whom you are to be happy in Christ forever.5

At the same time, missionaries absolutely must not pursue unity and church growth at the cost of biblical doctrine. The Bible’s teaching on male and female roles, though not a part of the gospel message itself, is not an issue about which missionaries can be apathetic. It strikes directly at the root of what it means to be made in the imago Dei. As we plant healthy, elder-led churches, disciple the nations in Christ’s commands, and proclaim the plan teaching of Scripture, let us do so firmly convicted concerning the wisdom of the God who “made them male and female.”