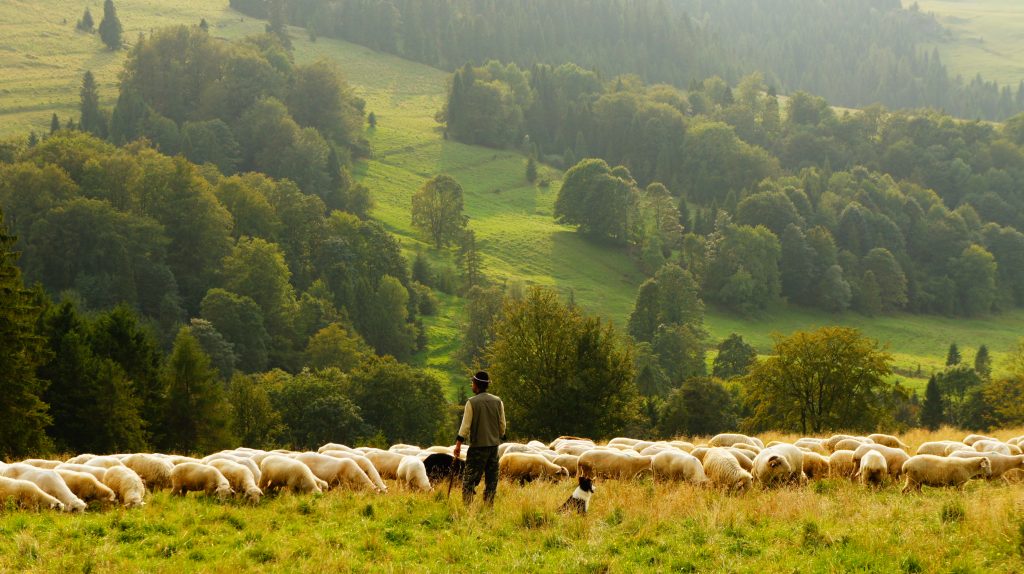 John Leadley Dagg (1794-1884) stands out as a striking Christian minister in the midst of 19th century America. He has been deemed America’s first Baptist systematic theologian, a title—in and of itself—that beckons for attention. [1] Furthermore, Dagg has been identified as the representative figure when it comes to Baptists in the south during the 19th century.[2] He has been heralded as “one of the most profound thinkers produced by his denomination.”[3] As a leading pastor-theologian in his day, we have much to learn from him. As Proverbs 13:20 says, “Whoever walks with the wise becomes wise.” So here’s 5 lessons from Dr. Dagg:

1. In your theology and preaching emphasize what Scripture emphasizes.
We are not past the danger of majoring on minors or minoring on majors. Dagg counsels, “It is our duty to hold and exhibit the entire system of Christian doctrine in all its just proportions.”[4] How is this accomplished? By giving yourself to the Word of God. The minister with a steady stream of Bible running through his veins will be less tempted to ride on certain hobbyhorses. Furthermore, preach Christ and His cross. Divine truth can be viewed as “a system revealed by Jesus Christ, all the parts of which beautifully harmonize with each other, and cluster around the doctrine of the cross, the central point of the system.”[5] Put forward every doctrine with a gaze toward Christ and Calvary.

2. Endeavor to live a life of holy obedience.
Pastors must lead the way in showing that a heart for God results in holiness. Dagg writes, “Supreme love to God implies delight in the execution of his will.”[6] There is simply no room for talk of love for God detached from obedience to His law. Christ says, “If you love me, you will keep my commandments” (John 14:15). The Ten Commandments display the moral law of God and are binding on all mankind. And where ought the pastor to lead himself and his flock for motivation toward holy obedience? Dagg answers, “Hearts, which the thunders of Sinai could not shake, have been moved by the groans of Calvary.”[7] Dagg stands in whole-hearted agreement with his contemporary Charles Spurgeon who said, “Whatever ‘call’ one may pretend to have, if he hasn’t been called to holiness, he certainly hasn’t been called to the ministry.”

3. Scrupulously conform your church to the Scriptures.
“This is an anti-polity age, perhaps more than any other time in the history of the church.”[8] This point made by Mark Dever and Jonathan Leeman means that careful attention given to ecclesiology might raise a few eyebrows. Nevertheless, pastors must steadily and punctiliously shepherd their churches to the green pastures of healthy church practice. This effort might bring out distinctions between your church and other bible-believing ones. But rejoicing in our evangelical unity does not require that we forsake our ecclesiological convictions. Dagg cautions, “The man who can disobey God, because the thing commanded is of minor importance, has not the spirit of obedience in his heart; and the man who, knowing the will of God, forbears to declare it, because the weight of human authority is against him, fears men more than God.”[9]

4. Persevere in the work of missions.
Some things can be done quickly. Missions is not one of those things. Dagg calls for resolve and endurance in the work of the Great Commission. He preaches, “It is our duty to labor faithfully and perseveringly to bring all men to the knowledge of the truth.[10] Dagg and his fellow Baptists knew about persevering in the work of missions. One of the numerous mission boards that Dagg served on was the Baptist General Convention for Foreign Missions, which supported the great missionary to Burma (Myanmar), Adoniram Judson. After years of labor with no conversions, prison, and the loss of two children, in 1827 Judson lost his wife Ann and his third child within 6 months of each other. Judson was reeling in 1828 as “darkness began to settle over his soul.”[11] On May 1, 1828, while Judson was in the fight of his life, John Dagg stood in Oliver Street Baptist Church in New York, storming the throne of grace in prayer for that mighty missionary. But Dagg would not stop there. The 1828 New York meeting report states, “We separated with the pledge, in humble reliance upon the grace of God, that every Lord’s-day morning… we will spend half and hour in private prayer, beseeching the Sun of Righteousness to arise and shine upon our lost and ruined world.”[12] By 1831, there was an “outpouring of God’s power.”[13] Judson would write of some 6,000 people inquiring about the Christ.[14] Persevere pastors.