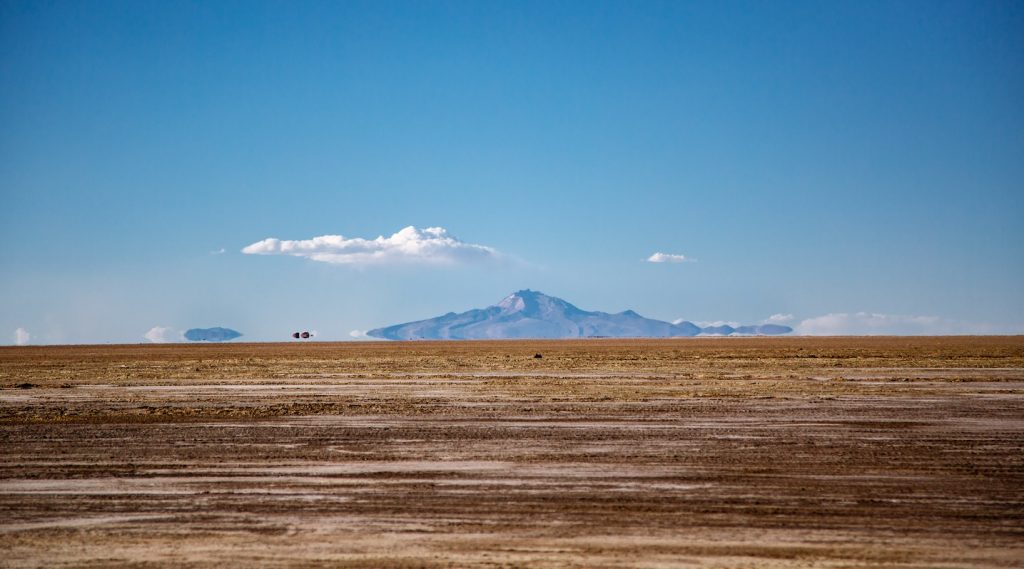 Tracing Israel’s repeated rebellions in the wilderness is as dizzying as watching dirty bathwater circle the drain.

In spite of its refrain stressing the patience of God, the book of Numbers exhausts the reader with its reports of these cyclical revolts of the exodus generation. Time and again, they clamor for food, drink, or a return to their posh lifestyle as slaves. It’s hard to read through the book and not feel personally weighed down by the people’s waywardness, as Moses himself was.

By the time we reach Numbers 20, the elder statesman of Israel has had enough. Commanded to speak to a large rock which was to miraculously pour forth water to satisfy the thirsty assembly, Moses instead strikes the rock twice, and not without rebuking the crowds for their stubbornness. Displeased, God still provides drink in the desert but prohibits Moses from entering the promised land.

This sketch from Moses’ life teaches several lessons—chiefly, that Christ is the true Rock struck to satisfy our parched souls (1 Corinthians 10:4). But also among these lessons are four factors in the equation of pastoral burnout and implicit prescriptions on how to avoid them.

After the people demand water, Moses falls prostrate before God, who provides simple instructions on how the miracle is to be performed (Numbers 20:2-9). But rather than simply obey orders, Moses, no stranger to a soapbox, won’t turn down a chance for a good, morally-superior, verbal smackdown with the people: “Hear now, you rebels…” (v. 10).

Moses, like anyone reading Numbers, has had it with the Israelites’ faithlessness. That frustration is not unlike the fatigue that precedes pastoral burnout. One can only shepherd God’s people so long until their sins, foibles, and spats about the manna-and-quail potlucks grind one’s gears. As any pastor can attest, to lead a body of Christians is to see firsthand that it’s easier to take the people out of Egypt than it is to take the Egypt out of the people.

The problem is that Moses ascends to the pulpit with a chip on his shoulder. He speaks to the congregation more burdened by their sins than his own. Understandably, he gives way en toto to a spirit of cynicism over the stiff-necked sheeple.

As shepherds of God’s people, we must resist the allure of cynicism over the spiritual state of our flock. Elijah—another prophetic pessimist—bemoaned that he was God’s only true worshiper in Israel, only to be informed that there were yet 7,000 others who had not bowed the knee to Baal (1 Kings 19:18). But negativity about the people with which God has entrusted us opens us to a host of other ills associated with ministry burnout, as we’ll see.

2. Refuse credit for past successes.

Also in verse 10, Moses rebukes the people with a biting sarcasm that sticks in the teeth: “Hear now, you rebels: shall we bring water for you out of this rock?” Notice Moses’ misattribution: “we.” As though he and Aaron had singularly performed the plagues, split the sea, and summoned manna with the morning dew, Moses now laments what he sees as his present responsibility to quench the angry crowd’s thirst.

Rather than seeing himself as both an under-shepherd and an audience to the mighty works of God, Moses’ frustration drives him to swallow the sweet lie that he has been the one sustaining the people thus far. Likewise, in our burnout, we are especially prone to the sort of self-deceit that accepts credit for past ministry successes. This fuels our internal narratives of victimhood; since I’ve poured myself out so much (for “my” church), surely I deserve a break.

By guarding against taking such glory for ourselves, we can cut off at the root the spirit of bitterness that bemoans the continued spiritual need of the most wayward flocks.

“And Moses lifted up his hand and struck the rock with his staff twice, and water came out abundantly, and the congregation drank, and their livestock” (Numbers 20:11). Prophetically, this lapse on Moses’ part, orchestrated sovereignly by God, depicts the severity with which a future rebellious generation would reject their king. But in that moment, God offered his own analysis of Moses’ motives: “[Y]ou did not believe in me” (v. 12).

Moses’ fury, however justified, robbed him of his faith in God’s instruction to merely speak to the rock. In turn, when we are incensed against the flock of God, our trust in the appointed means of grace diminishes as well. Surely, we reason, another ordinary sermon can’t fix these people—or hymn, or psalm, or Scripture reading, or intercessory prayer. In our self-righteousness, we convince ourselves that what God really needs is our added, irritable oomph.

Scripture warns, “[T]he anger of man does not produce the righteousness of God” (James 1:20). Despite our irritations with the sinners we serve, the answer is yes: the ordinary preaching of the word, devotion to prayer, exercise of church discipline, and administration of the ordinances will “fix” people—not that the people of God are to be seen as mere projects, but that God has promised to attend to his prescribed means of grace. Even on the night of his betrayal, when Jesus had every right to indulge rage against his cowardly apostles, instead he commended them to the Father’s mundane methods of ministry: “Sanctify them in the truth; your word is truth” (John 17:17). God’s designs for his church’s sanctification are designed to work.

4. Rest in God’s purpose to glorify himself.

God rebukes Moses for failing to believe, but that isn’t all he says: “Because you did not believe in me, to uphold me as holy in the eyes of the people of Israel, therefore you shall not bring this assembly into the land that I have given them” (Numbers 20:12, emphasis added).

First, it is implied that in believing in God, Moses would have necessarily obeyed the instructions given for the miracle. But more than that, this verse indicates that doing so would have hallowed Yahweh before the people. Or, more simply put: God looks better when we obey.

Strikingly (no pun intended), the next verse asserts in passing, “…through them (the people) he showed himself holy” (v. 13). Whether we obey or disobey, God will have his glory. In this instance, he was glorified in providing drink from the rock in spite of his servant Moses rather than because of him. God is unwaveringly committed to the fame of his name. Though sobering, this reality should encourage the burnt-out pastor.

God will be glorified among his new covenant people too. “[H]e who began a good work in you will bring it to completion… so that you may approve what is excellent, and so be pure and blameless for the day of Christ, filled with the fruit of righteousness that comes through Jesus Christ, to the glory and praise of God” (Philippians 1:6, 10-11, emphasis added).

Tired preacher: God is more committed to his glory in the church than you are. Rest in this. Don’t think that you’ve got an edge on God in this category. If your zeal drives you to sinful anger and neglect of the biblical instructions given to pastors, you’re in more danger of sullying God’s glory than your weak, spiritually thirsty people may perhaps be. Let God do what he does best and exalt himself, no matter how cantankerous the congregants in your pews.

Burnout is real. It affected Moses, and it affects the most faithful preachers today. Sin in the camp can reduce the most patient pastor to a bitter, rock-slapping Pharisee. And the consequence is that we ourselves may miss out on the full enjoyment of arrival in the new pasture to which God is patiently leading his sheep.

When the rage and irritation of burnout overwhelm you, instead of punching a pillow, look to the Rock who was broken and poured out for you. Christ took the beating you deserve and, moreover, would probably like to give. Let us follow his footsteps as faithful under-shepherds, patient when pressed.