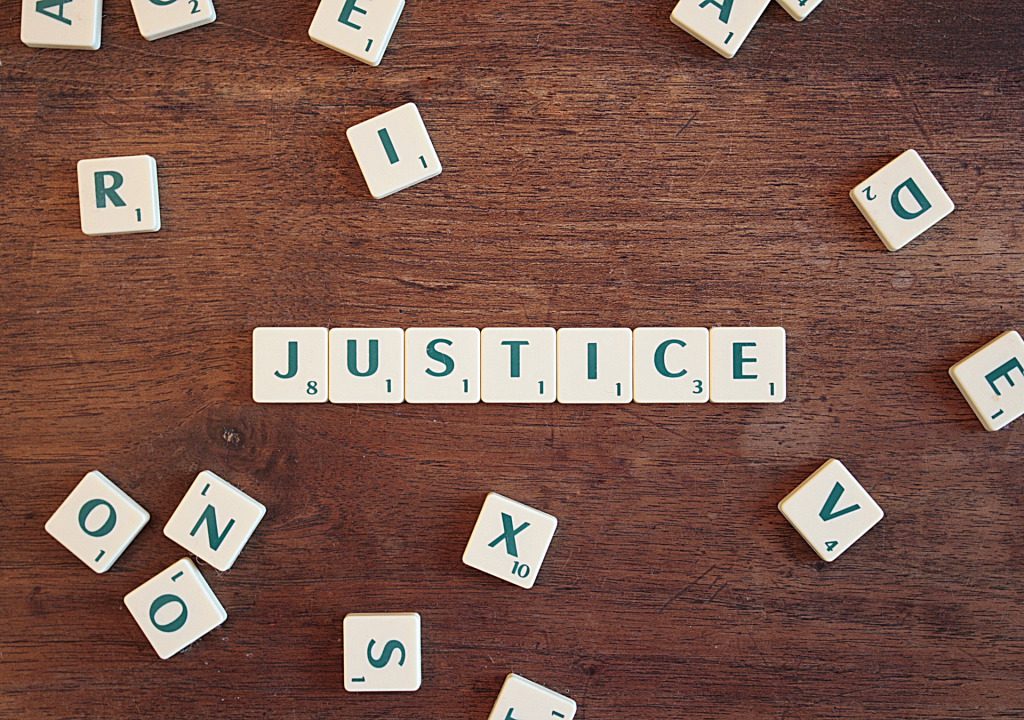 Increasingly, biblically-aware Christians are consulting their Old Testaments to help them navigate modern issues of social justice and biblical law.

Unsurprisingly, as conversations over racial reconciliation escalate within the church, the notion of reparations has come to the fore, and many are inquiring as to what extent it may overlap with the biblical concept of restitution.

What is often missed in discussions of biblical law is that although the judicial code played a vital role in the civil polity of the Israelite nation, the law was given for reasons deeper and more relevant to redemptive history than the mere establishment of a theocratic state. The law in its moral, judicial, and ceremonial aspects doesn’t merely provide a general-equity blueprint for Christian cultural engagement; it also exists to point to a new and better covenant. Therefore, when we consult the Old Testament, we must seek not only to apply it to our social order but to see all the way through to Christ in the text.

Multiple portions of the Mosaic code deal with restitution, but Leviticus approaches the concept with special focus on the priesthood—leading us, in fact, to Christ. Leviticus 6:1-7 offers five truths to teach us about biblical restitution, culminating in a dramatic preview of the gospel.

1. Offenses requiring restitution are not only horizontal but vertical.

The types of offenses which demand restitution, according to the Levitical code, include one “deceiving his neighbor in a matter of deposit or security, or through robbery, or… oppress[ing] his neighbor… [finding] something lost… [lying] about it, swearing falsely—in any of all the things that people do and sin thereby” (vv. 2-3). But we must note how the text characterizes all these transgressions of law: as a “sin” and “breach of faith against Yahweh” (v. 2).

This text directly confronts those who would balk at imposing morality through legislation or applying a distinctly Christian ethic to economics, which is often supposed to be a sphere of moral neutrality. All crimes involving oppression, theft, and fraud are direct breaches of faith against God. Not all sins are crimes, nor are all crimes sins per se, but here the overlap is significant. In economics, we are not dealing with a domain of human culture hermetically sealed off from the commands of Scripture. And though the Levitical code applied only directly to the Israelite commonwealth, its general moral equity remains binding on all who possess the imago Dei.

So, in the cases of economic crimes, what does God require? Let’s continue.

Note the complete lack of ambiguity as to what behaviors are legally proscribed. The crimes mentioned in the text involve tangible theft or property hidden or held back by fraud (vv. 2-4). Further, these crimes must be objectively measurable because one fifth of the value of the lost goods or wealth was to be calculated and added to the repayment (v. 5).

This stands in marked contrast to the prevailing notion that entire classes or ethnicities owe a nearly incalculable debt to other underprivileged classes. While we ought not to ignore the cumulative effects of injustice, the biblical principles which govern restitution to the oppressed are limited to the realm of direct, measurable offenses. With regard to reparations for ancestral sin Scripture is conspicuously silent, although the biblical authors had ample opportunity to address such topics in the history of God’s covenant nation.

The text continues: “…if he has sinned and has realized his guilt and will restore what he took…” (v. 4). Bound up with the practice of restitution is a recognition of genuine guilt. A repentant heart alone, of course, is no excuse to withhold repayment; however, neither should financial recompense ever replace what must be a matter of the heart.

For wrongdoers who materially defraud their neighbors, both testaments of Scripture prescribe repentance and its fruit, which often entails putting one’s money where one’s mouth is (cf. Matt 3:8, Lk 19:8). This, of course, applies within the context of measurable wrongs directly triable under law. Leviticus does not authorize the oppressed to extort payment from real or supposed oppressors by leveraging the manipulative power of guilt.

Genuine repentance which willingly repays what is owed springs from within and cannot be forced from without. And while civil magistrates must exact what it owed from those who commit financial wrong whether repentant or not, the modern notion of imposed economic equity is but a poor counterfeit of the biblical ideal of genuine reconciliation.

At the risk of stating the painfully obvious, the entire logic of Leviticus 6:1-7 assumes that personal property rights exist. Restitution is paid directly to the individual whose property has been lost or stolen; absent from the equation is the concept of the state picking winners and losers, assigning levels of wealth according to its own standards of fairness, controlling purses nationwide, and renting land to its serfs. Nowhere in this text is the state an agent of redistribution.

Theft violates the moral law of God because, as God’s image bearers and vice regents given dominion over creation (Gen 1:27-28), we each have spheres of stewardship translating into plots of the material universe. Hence, responsibility implies property (cf. Matt 20:15). To interject a coercive state as a force of redistribution overturns the argument of the text: namely, that I directly owe my neighbor for whatever I wrongfully took from him. The state doesn’t receive the repayment; the individual wronged does. And knowing the greed in man’s heart inherent since the Fall, affecting everyone from paupers to princes, we must exercise caution whenever a human institution inserts itself into any transaction.

Finally, what is most often missed in the biblical discussion of restitution is that financial repayment alone wasn’t sufficient to atone for the sin itself; the crime was addressed at the social level, but the breach of faith required a different solution.

After making 120 percent repayment, the repentant thief was instructed: “And he shall bring to the priest as his compensation to the Lord a ram without blemish out of the flock, or its equivalent, for a guilt offering. And the priest shall make atonement for him before the Lord, and he shall be forgiven for any of the things that one may do and thereby become guilty” (Lev 6:6-7).

This is gospel drama. Today we have no animal sacrifices, priesthood, or tabernacle except that which is embodied and fulfilled in the substitutionary death and resurrection of Jesus Christ. We have the main act, and it is glorious.

It is no mistake that atonement is required by divine law in addition to restitution. Restitution, albeit just, can never fully atone for any sin present or ancestral. We need the blood of Another shed on our behalf.

Anyone who, in the name of Christ, advocates reparations as means of social atonement is veering dangerously close to counting as common the blood by which we are sanctified from all our crimes and misdeeds (cf. Heb 10:29). Restitution doesn’t justify us before God; for that, only the Righteous One’s payment will suffice.

Christians have a unique opportunity in this cultural moment to bear witness to the absolute justice God. In biblical law, the goal of punishment is not merely retribution but harmony between individuals in society. What is stolen must be returned with additional value added for lost time and opportunity. The biblical standard of repayment is one of fairness, following the lex talionis principle (cf. Ex 21:23-25), which contrasts with the barbaric head-for-an-eye sort of legal judgments that have characterized many societies throughout history. Biblical restitution principles apply to situations involving what is demonstrable, direct, and befitting genuine repentance.

But above all, we must not let our quest for justice supplant our thirst for grace. Any prescriptions to social ills that stop short of true gospel salve will leave us bleary-eyed as we squint towards the city of God. As much as we long for justice, the Old Testament’s instructions point us beyond issues of mere temporal justice to the cosmic redemption wrought by our perfect Mediator. If we received justice, after all, we’d all be in hell. What we need is mercy. Only in the cross of Christ do we find the justice we think we want come and dance with the grace we take for granted—and this is the ultimate reparation between God and man.