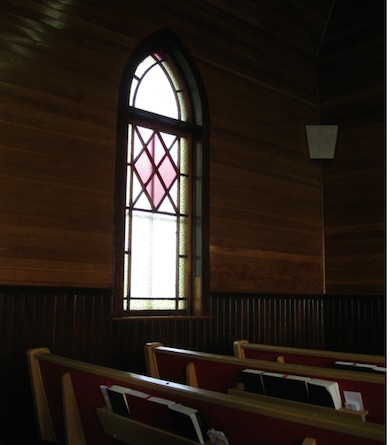 Ask my four children what their father loves and ranking high on the list after “Jesus, our mom, baseball, and the Georgia Bulldogs,” might just be “dead people.” Why? The fact that I teach church history notwithstanding, I think it is important that my children—beginning at a tender age—understand the richness of the faith I am commending to them from Scripture. (And yes, they know the hero of that book is back from the dead.)

Presuming they have been listening, my kids can tell you something about Luther, 95 Theses, and a church door in Wittenburg. (They even pronounce the “W” as a “V” because they think it sounds like an insect). They can tell you all about Calvin and his nasty confrontation with William Farel. They can tell you that William Carey is the father of modern missions (and they’ll likely remind you he was a Baptist). They can tell you that Spurgeon smoked an occasional stogie and that a man with the funny name of Athanasius won the day at a meeting called the Council of Nicaea (they’ll probably get the date right too—that’s AD 325). They know an important battle took place at a bridge called Milvian (or as my 6-year-old son calls it, “Melvin”). They have even learned that those folks who show up on our porch on select Saturdays with their Watchtower magazines in hand are modern-day Arians. I was 30 before I knew that much.

By no means should church history supplant teaching your family the Bible. Family worship and God’s Word must come first in your home. But the benefits of teaching them something about the key figures and movements from the rich heritage of the church are myriad. Here are seven reasons why we should teach our children church history.

1. Because they must know that Christianity is a historical faith. Jesus really lived. He died. He rose again. He ascended into heaven. He is building his church, just as he promised. Church history bears witness to all these facts, all of which took place—and are taking place—in time and space and history. I don’t want them to confuse the story of redemption with The Hobbit, The Chronicles of Narnia, Robinson Crusoe, or Rapunzel.

2. Because we want them to avoid chronological snobbery. As C. S. Lewis put it, new does not necessarily mean better (or vice-versa). Like their parents, our children are constantly inundated with messages of “new” and “better”—versions 1.1, 1.2, 1.3, and the like. I want my children to know that the gospel is not new, cannot be improved, and will never change. They must know too that while there is no “golden age” with regard to the history of man, great awakenings in the past drive us to pray that God will do it again.

3. Because they must know that the Bible is worth dying for. One of the definitions of church history I give my students is simply “a battle for the Bible,” which is to say, church history is an account of the 2,000-year war between heresy and orthodoxy, between competing interpretations of God’s holy Word. I want my children to know that our Bibles—especially that we have an English translation in virtually every room of our house—did not come cheap. Men and women were imprisoned, harassed, beaten, and killed so we could read the Bible in our native tongue. They also argued, fought, were persecuted, even died over standing firm upon an orthodox interpretation of it.

4. Because they must know that theology is important. I want them to know about Augustine and Pelagius, Calvin and Arminius, Wesley and Whitefield and the theological differences that divided them, and why such a division was necessary in the first place. I want my children to be good theologians, aware that everyone has a theology and not all of them square with Scripture. I want them to know that ideas have consequences for both good and evil. The apostle Paul had a worldview. So did Hitler.

5. Because they must see that we are part of Christ’s church through the ages. We are not the first Christians. And as much as my Deep South church upbringing might have hinted (mostly through song) to the contrary, grandma was not the first Christian. I want them to know about the courage of Athanasius, the martyrdom of Justin and Polycarp, the brilliance of Calvin, the unforgettable words of Luther, and the battle for the Bible in my own denomination, the Southern Baptist Convention. The final chapters of our heroes’ lives have been written, so we know how their walk with God turned out, and great men and women of church history make excellent illustrations of persevering faith (see Heb. 11).

6. Because we want them to know that even great men are deeply flawed. Paint a full, three-dimensional picture of your heroes from the pages of church history—the good, the bad, the ugly—to remind your children that Jesus was/is the sole perfect man. Tell them that some great spiritual leaders like King David in the Old Testament did foolish things, a reminder that sinners are saved by the righteousness of another. God draws straight lines with crooked sticks. Perhaps this perspective will help to steer your children away from the deadly ditches of pharisaism and perfectionism.

7. Because it encourages them to obey the ninth commandment. To misrepresent the theology or ideas of another is to bear false witness against them. Calvin did not invent predestination. Free will wasn’t the exclusive work of Arminius. Wesley (both Wesleys, actually) and Whitefield often slugged it out personally in letters and sermons, were often not on speaking terms, and did not have nearly the “disagree sweetly” kind of relationship that is popularly portrayed (see Thomas Kidd’s excellent 2014 biography for evidence). Thus, to caricature is to misrepresent. And to misrepresent intentionally is to violate God’s command. Get them accustomed to this idea at an early age. By God’s grace, it may prepare them to be godly church members.

So, where to start? Thankfully, there are a glut of resources for teaching children the Bible and theology these days, but not as many for teaching them church history. Below are three resources our family has found helpful:

History Lives: Chronicles of the Church Box Set (Christian Focus) by Mindy and Brandon Withrow. This five-volume set is perfect for reading to your family over a longer period of time, say one to two years, one chapter every night or every other night. Our kids love it.

Trial and Triumph: Stories from Church History (Canon Press) by Richard M. Hannula. An excellent overview of great figures in church history in one volume.

The Church History ABCs: Augustine and 25 Other Heroes of the Faith (Crossway) by Stephen J. Nichols. Brief readings take you through the alphabet with each the name of each historic figure corresponding to a particular letter (“E is for Eggplants and Jonathan Edwards”). This volume is colorfully and cheerfully illustrated by Ned Bustard.

Reformation Heroes by Joel Beeke and Diana Kleyn. This book is an excellent resource for teaching your children about all the lives, ministries, and doctrinal convictions of all the key figures from the Reformation.

Biographies by Simonetta Carr. This is a beautiful and well-written series of biographies for older children. Carr treats great well-known figures from the church history such as Calvin, Luther, Augustine, Athanasius, Jonathan Edwards, and Anselm, as well as some that are more obscure, including Lady Jane Grey and Marie Durand.

Editors’ note: This post is adapted from an article that originally appeared at The Gospel Coalition.