A Case for Robust Confessions of Faith in the Churches 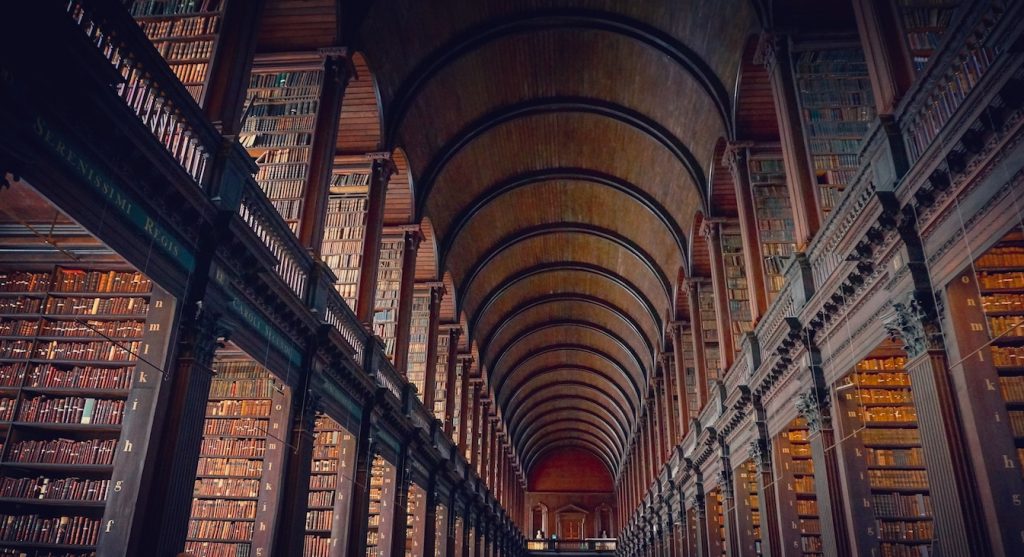 Historically in America, most early Baptist churches had comprehensive confessions of faith, two of the most influential of which were the Philadelphia Confession among Baptists in the North and the Charleston Confession among Baptists in the South. Both of those confessions are based on the Second London Baptist Confession of Faith. Practically speaking, in our day, the churches need a robust confession in order to promote greater health and to remain faithful to Christ amidst the rising tide of secularism and individual autonomy. But most importantly, the Bible indicates that the church should confess its understanding of the Bible as a whole and therefore, the church’s confession ought to be robust.

1. The Basic Biblical Requirement of Confession

The Scriptures teach that Christians are to confess their faith. In the Old Testament, a basic confession of faith is found in the Shema. Deuteronomy 6:4 says, “Hear O Israel: The LORD our God, the LORD is one.”

In the New Testament, we see the content of a basic confession in Romans 10:9-10, which says, “If you confess with your mouth that Jesus is Lord and believe in your heart that God raised him from the dead, you will be saved. For with the heart one believes and is justified, and with the mouth one confesses and is saved.”

So, at a very basic level, a confession of faith in Christ as Lord and Savior is required for salvation. But this basic confession will expand as Christians grow in their understanding of Scripture and as they disclaim doctrinal errors.

2. The Expanding Nature of Confessions in the Bible

When we study the confessions found in the Bible, one of the things we find is that as the church encounters new errors, it confesses more and more doctrine in order to confront those errors.

A Confession Against Judaism. 1 Corinthians 8:6 combines the confession that there is one God with the confession that there is one Lord Jesus Christ. It says, “There is one God, the Father, from whom are all things and for whom we exist, and one Lord Jesus Christ, through whom are all things and through whom we exist.” In this confession, the basic Jewish affirmation of monotheism is affirmed. But in order to distinguish themselves clearly from the Jews who denied the deity of Christ, the church also affirmed Christ as Lord and Creator of all things.

A Confession Against Division. Some professing Christians in the early church would have divided the church between Jewish Christians and Gentile Christians. But the Apostle Paul confessed in Ephesians 4:4-5, “There is one body and one Spirit, just as you were called to one hope that belongs to your call, one Lord, one faith, one baptism, one God and Father of all, who is over all and through all and in all.” This confession affirms the oneness of all who are united to Christ.

A Confession Against Gnosticism, Asceticism and Paganism. We see a further expansion of the church’s confession in 1 Timothy 3:15, in which Paul writes so that “Great indeed, we confess, is the mystery of godliness: He was manifested in the flesh, vindicated by the Spirit, seen by the angels, proclaimed among the nations, believed on in the world, taken up in glory.” This confession was written as the church faced a number of additional heresies, including Gnosticism, Asceticism and Paganism. It confronted these newer heresies even as it also confronted the older errors of Judaism. We learn from this that the older errors don’t go away, which is why the church must keep adding to its confession. The church needed to confess that Christ is Lord, contrary to Judaism. It needed to declare the full humanity of Christ over and against Gnosticism. It needed to affirm the sufficiency of Christ’s work to save, contrary to Asceticism. And it needed to confess that God is one, over and against the polytheism of Paganism.

A Confession of the Whole Counsel of God. Probably the high point of the church’s confession is seen in the book of Romans. Romans may be an example of what Paul taught when he taught “the whole counsel of God” (Acts 20:27). Paul had not yet been to Rome; so, his letter presented a summary of what he regarded to be foundational Christian doctrine. Consider what Paul says in Romans 16:17: “I appeal to you brothers to watch out for those who cause divisions and create obstacles contrary to the doctrine that you have been taught: avoid them.” When Paul speaks of “the doctrine that you have been taught” he’s referring to everything he had just taught them in the book of Romans. Romans is an encyclopedia of theology, and it is what Paul considered necessary for the life and health of the local church in Rome. Consider the doctrines taught in Paul’s letter to the Romans.

If it is correct that Romans is Paul’s summary of “the whole counsel of God,” and if churches are to confess and proclaim the whole counsel of God, then a church’s confession of faith needs to contain a fullness of doctrine, similar to the kind of robust theology that we find in Paul’s letter. This means that a church’s confession ought to be encyclopedic, not minimalist.

3. The Pattern of Apostolic Teaching

The Apostles taught summaries of the whole Bible, the whole counsel of God (Acts 20:27), which were not themselves identical with Scripture, but nevertheless carried authority because they organized and reflected the doctrine of the Bible. In Acts 20, Paul is said to have taught the whole counsel of God in three years (Acts 20:31). Three years is not long enough for an exposition of every verse of the Bible, but it seems about the right amount of time for teaching a comprehensive summary of the Bible and showing how that summary arises from the Bible.

Pastors are to Adhere to a Pattern. Paul tells pastor Timothy in 2 Timothy 1:13. “Follow the pattern of the sound words that you have heard from me, in the faith and love that are in Christ Jesus. By the Holy Spirit who dwells within us, guard the good deposit entrusted to you.” The GK word “pattern” (hupotuposis), a derivative of tupos, means “type” or “form.” Pastor Timothy was not merely to have the Bible in his mind, and to teach and guard the words of the Bible, but also an organized summary of the Bible.

Churches are to Adhere to a Pattern. Not only pastors, but whole churches are to confess the Apostolic pattern of doctrine. In Romans 6:17 Paul tells the church, “But thanks be to God, that you who were once slaves of sin have become obedient from the heart to the standard of teaching to which you were committed.” The word “standard” (tupos) is related to the word “pattern” (hupotuposis), which we saw above in 2 Timothy 1:13. Here again, Paul is not referring to the Bible itself as the “standard,” since the Bible is not merely a form or pattern of teaching, but the very Word of God. What Paul is saying is that the church of Rome had received and was committed to a comprehensive summary of biblical teaching.

Thus, both pastors and churches today should also have a robust doctrinal summary of the Bible in their confessions of faith, which Paul calls a “pattern” (2 Timothy 1:3) or “standard” (Romans 6:17).

4. The Witness of Church History

While church history isn’t authoritative, we can and should learn from the saints who have gone before us. And when we study the history of the church after the completion of the biblical canon, we find that its confession expanded as new errors emerged.

In the first several hundred years of the church, it was dealing with the question “What books make up the Bible?” Many were rejecting the 66 books of the Bible. The false teacher Marcion denied that the Old Testament is God’s Word, and the Gnostics were trying to add to God’s Word. So, the church confessed the Biblical canon. And the church’s confession grew.

In the 300’s, the church was dealing with the question, “What is Christ’s relationship to God?” And heretics like Arius said that Jesus is just a glorified man. But Athanasius said, “No, the Bible teaches that Jesus is God.” So, the church wrote the Nicene Creed, which clearly asserts that Jesus shares the same divine nature as God. And the church’s confession continued to grow.

Then in the 400’s, the question became, “What is the nature of mankind?” Pelagius argued that human beings have the ability to do whatever God commands. They aren’t so sinful that they need special grace, Pelagius said. But Augustine said, “No, the Bible says that human beings can’t do anything God commands unless God gives them the grace to do it.” And the church confessed this biblical doctrine of natural inability and the need of supernatural grace at the Council of Orange.

Moving forward to the 1500’s, the question became, “Can human beings save themselves by their works?” The Roman Catholic Church argued that a person’s own merits, combined with the “graciously” received merits of Christ and the saints from the treasury of merits, through the sacerdotal system, achieve salvation. But Luther and Calvin said, “No, the Bible says that we are saved by grace alone through faith alone.” And the confession of the church grew some more.

And at each stage of church history, orthodoxy was clarified against the backdrop of error, and the confession of the church was larger and larger.

Therefore, on the basis of biblical example, Apostolic teaching, and the witness of the church, I submit that churches should adopt robust confessions of faith that thoroughly express the teaching of the Bible for the health of the churches and their witness to the watching world.