A Case for Sabbath Observance 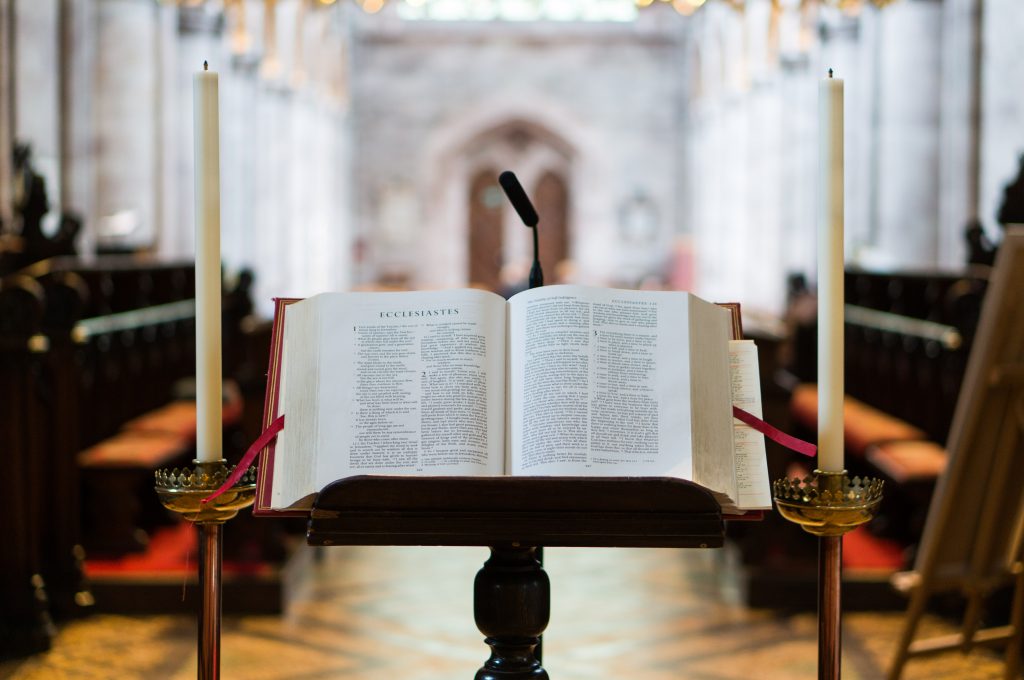 This post will examine what the Bible teaches us about the time of public worship. We know that the Bible teaches us Who the assembled church should worship (in the first and second commandments), and it teaches us how to worship Him (in the second and third commands). But too few people understand that it also teaches the assembled church when to gather for worship (in the fourth commandment). If we lose the doctrine of the Sabbath, the fourth of the Ten Commandments, then we also lose the time to receive God’s ordinary means of grace and to obey all God has commanded the church to do.

Because this teaching has fallen into disrepute lately, it is necessary to teach again what the Bible says about it. Consider the following Scriptural points that establish the doctrine of the Sabbath commandment.

1. The Sabbath Day is an Ordinance of Creation. Just as God instituted marriage and work in the Garden of Eden, so He also instituted Sabbath observance at creation. He set one day in seven aside for rest and worship at the very beginning of the Bible’s story. Genesis 2:3 says, “God blessed the seventh day and made it holy.” Notice that God placed a special blessing or grace upon the Sabbath day, and He “made it holy,” or “sanctified” it, which means that He set that day apart from every other day. Just as we continue to observe the pattern of marriage found in Genesis 2, we should continue to observe the pattern of Sabbath observance found in Genesis 2 as well. Thus, the pattern of the Sabbath ordinance is prescriptive, just as marriage is prescriptive.

In fact, Jesus teaches precisely that. In Mark 2:27, Jesus said, “The Sabbath was made for man, and not man for the Sabbath.” In that passage, Jesus is thinking of the order of creation. Christ’s meaning is, “The Sabbath was created for Adam, and not Adam for the Sabbath.” In other words, God created the Sabbath after He created Adam and Eve in the Garden. God didn’t make human beings slaves to the Sabbath to hurt or burden them; rather, He gave them one holy day in seven on which to rest and worship for their good. Christ showed that the Sabbath continues into the New Testament: “The Son of Man is Lord even of the Sabbath” (Mk 2:28), just as He is Lord of the church, Lord of the family, and Lord of all creation.

2. The Sabbath Day was Observed Prior to Sinai. Some people think the Sabbath commandment was only a ceremonial law of the Mosaic covenant, that it applied only to God’s people under the Old Covenant. But Scripture clearly teaches us that God’s people observed the Sabbath prior to God’s writing it on tablets of stone, which means the Sabbath commandment was not limited to the Mosaic covenant. In Exodus 16, Scripture tells us that the people of Israel gathered up the mana from heaven on the sixth day in order to free themselves for rest and worship on the seventh day. Scripture says, “On the sixth day they gathered twice as much bread, two omers each. . . Six days you shall gather it, but on the seventh day, which is a Sabbath, there will be none” (Ex 16:22, 26). Note that Exodus 16 comes before God gave the Sabbath law at Sinai.

Only the Ten Commandments were written with the very finger of God. Exodus 31:18 says God gave Moses “tablets of stone, written with the finger of God.” All of the other laws of the Old Testament were written by the pens of prophets on parchment, which would eventually disintegrate. But God visited His people on Mount Sinai and delivered the Ten Commandments, writing them on permanent tablets of stone with His own finger.

4. The Sabbath Commandment is Grounded in Creation. We find that the fouth commandment is based on creation itself. It’s not grounded on the temporary ceremonial system of the people of Israel. It’s not based on a temporary epoch in redemptive history. Rather, God grounds the Sabbath on His own actions at the creation of the world. Exodus 20:8, 11 say, “Remember the Sabbath day, to keep it holy . . . For in six days the LORD made heaven and earth, the sea, and all that is in them, and rested the seventh day. Therefore the LORD blessed the Sabbath day and made it holy.” Note the preposition “for.” This shows us that the reason we should observe a Sabbath day is that God rested on the Sabbath day and made that day holy.

The Sabbath Commandment is Written on the Hearts of New Covenant Members. Jeremiah’s prophecy of the New Covenant is repeated and explained in the book of Hebrews. God promises that all the members of the New Covenant will have the Old Covenant law written on their hearts so that they will obey God freely and faithfully from the heart. God says that in the New Covenant, “I will put my laws into their minds and write them on their hearts” (Heb 8:10). Literally, the word “write” could be translated “carve,” which calls to mind the image of God carving His law onto the tablets of stone. This is consistent with what 2 Corinthians 3:3 says about how in the New Covenant, God writes his truth, “not on tablets of stone, but on tablets of human hearts.” We know that the law God writes on the hearts of believers isn’t the ceremonial law, since the book of Hebrews expressly says that the ceremonial law has passed away. Referring to the ceremonial laws of the priesthood, Hebrews 7:18 says, “A former commandment is set aside.” But, then, in the very next chapter, God tells us in the same book of Hebrews that God will “put my laws into their minds, and write them on their hearts” (Heb 7:18). This can’t mean that God writes the whole Old Testament law on His people’s hearts. So, what law does He write on their hearts? It must be the law of the Ten Commandments. This is confirmed by Hebrews 13, which moves through many of the Ten Commandments as the guide for the New Covenant people of God.

6. In the New Testament, the Sabbath Moved from Saturday to Sunday. The Old Testament anticipated the transfer of the Saturday Sabbath to the Sunday Sabbath, particularly in 8th day Sabbath observances, such as Pentecost, and other 8th day ceremonies. Additionally, Revelation 1:10 speaks of the “Lord’s Day,” which refers to a day of the week that uniquely belongs to the Lord, just as the “Lord’s Supper” refers to a meal that uniquely belongs to the Lord. The book of Acts teaches us that while the Old Covenant church observed the Sabbath on the last day of the week, the New Covenant church observes the Sabbath on Sunday, the first day of the week to celebrate not only creation, but also Christ’s glorious resurrection. Acts 20:7 says they gathered “on the first day of the week.” Paul confirms this transfer of Sabbath observance from the last day of the week to Sunday saying that they met “on the first day of every week” (1 Cor 16:2). See this series of articles on Biblical Theology and the Transfer of the Sabbath. The transfer of the day of worship from Saturday to Sunday does not violate the Sabbath command, since it fulfills OT types and shadows and since it holds to the same pattern of six days of work and one Sabbath day in a week. In the New Testament believers worked Monday through Saturday, and observed the New Covenant Sabbath on Sunday. O Palmer Robertson has written a helpful article, “Why On Sunday?,” outlining the biblical teaching that Sabbath Day observance has changed to Sunday, Lord’s Day observance.

So, what are some practical implications of our lives together in the church under the Sabbath command?

To start off, let me say that I am loathe to hand out prescriptive applications of the Sabbath, since that’s what the Pharisees did. I believe that pastors should simply teach what the Bible says, apply it as far as it’s clear, but must refrain from issuing commands that the Bible does not issue. In light of the above teaching on the Sabbath, however, consider some of the following questions for your own personal application.

Am I observing the Sabbath Day? Am I observing a whole day unto the Lord with God’s people, attending all of His commanded means of grace?

Am I preparing during the week for Sabbath observance? Do I get my work done on six days of the week so I can rest spiritually and worship on the seventh with God’s people?

Do I structure my whole life around God’s design for six days of work (at home, at work, in the community) and one day of rest and worship (with the church)? Do I allow God’s creational rhythm to organize my own time and existence in this world? Or, do I believe that I am lord of my own time?

Am I willing to sacrifice extra-curricular activities and entertainments for the church’s assembly on the Lord’s Day? There is nothing wrong at all with extra-curricular activities and entertainment, when they’re in their proper place! They can be blessings. But do I allow these things to interfere with God’s appointment of one day in seven as spiritual rest and worship?

In the next post, I’ll consider some of the objections to Sabbath observance.

Here are some other excellent resources on the Sabbath.

Call the Sabbath a Delight by Walt Chantry

The Lord’s Day by Joseph Pipa

The Market Day of the Soul by James Dennison

Jon English Lee has a great historical series on the Sabbath commandment here at the Founders Blog.