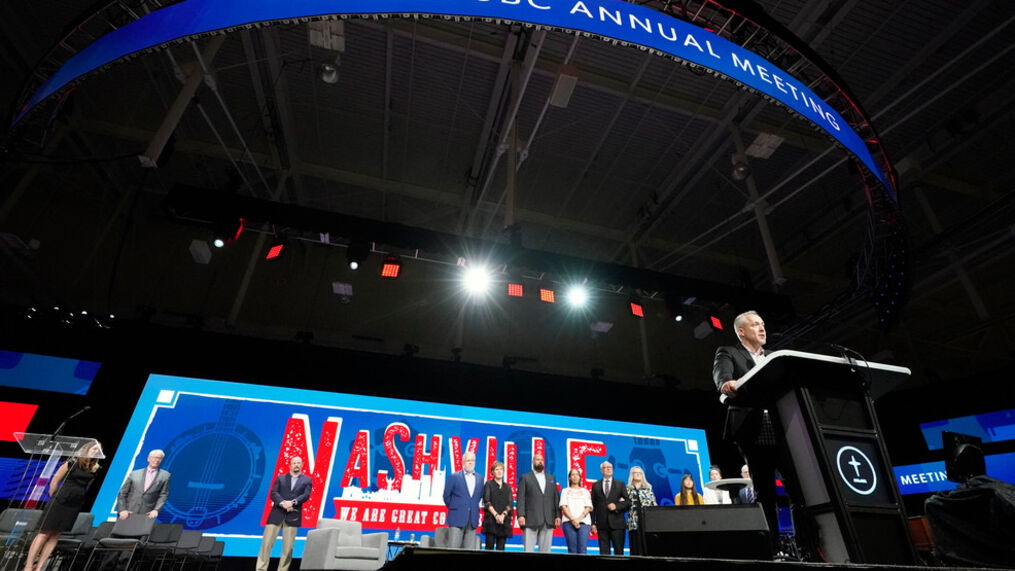 Having participated in a Founders event on Monday, June 14, I was anticipating several events and sessions during the two days of the Southern Baptist Convention. A critical situation at home made it necessary for me to return to Louisville after just a couple of hours of convention activity on Tuesday morning. Since then, I have been catching up through reading articles and blog posts, hearing audio reports, talking with friends, and seeing news. Indeed, it appears that the world has been watching. From my perspective, the conventions of 2019 and 2021 presented the most subtle “fault-lines” in SBC doctrinal perceptions over the last thirty years. Divisions over inerrancy were clear and demonstrated the epistemological divide in the convention. It showed that Baptists were seeking to do kingdom work under the assumptions of two different views of authority in knowledge of God and the gospel. The Calvinists/non-Calvinist disagreement presented two different views of historical precedence in Baptist theological history and two ways of synthesizing the exegesis of pivotal texts. The tensions of the 2021 convention, carrying over from 2019 are certainly palpable but concern the way in which non-biblical sources of knowledge and action may be useful or not useful in giving faithful responses to matters of holy living before the law and the gospel. To what degree can worldly philosophies and cultural compromises benefit the witness of Christians, specifically Southern Baptists, in pressing moral issues of our time?

A particularly melancholy event preceded the convention but colored virtually all its proceedings. The release of two letters by Russell Moore in conjunction with his resignation as President of the ERLC left confusion, suspicion, and distrust in its wake. When he left, not only did he begin a position as a public theologian for Christianity Today, he also became a minister in residence at Immanuel Church in Nashville.  Ray Ortlund is founding pastor and also Canon Theologian with the Anglican Church in North America. This was particularly puzzling and disturbing to me and elicited a sense of loss, for Dr. Moore and I taught Sunday School together for about three years at LaGrange Baptist Church and edited a book together published by B & H entitled Why I am a Baptist.

One issue that cast an omnipresent shadow throughout convention proceedings was the stance that should be taken on Critical Theory in its various permutations. A particular focus highlighted Critical Race Theory and Intersectionality. Several attempts, according to the reports, were made to isolate CRT by name as a secular, anti-revelatory, divisive philosophy that necessarily bypassed several key aspects of the gospel. In fact, its promises and remedies replace very clear propositions of Scripture and may be seen as a false gospel.

From my gathered acquaintance with the proceedings, there was a studied opposition on the part of many leaders to take action that would distance the SBC, both the convention meeting itself as well as its entities, from the claims of critical race theory about systemic racism, intersectionality, and white privilege. This seemed to be a natural stance to announce in light of the Council of Seminary Presidents’ statement containing the judgment that CRT is inconsistent with the Baptist Faith and Message. Implied in this are views of law, justice, original sin, repentance, vengeance, love of the brethren, the stewardship of giftedness for pastoral ministry, and other biblical matters. The resolutions committee adroitly and systematically obstructed any effort to make a statement that mentioned CRT specifically as a worldly philosophy that contradicts gospel truth and spreads division, distrust, and vengeance. In appearance, the refusal to bring out of that committee a resolution specifically rejecting CRT that had been presented by 1300 persons from churches in good standing with the Convention shows an authoritarian possessiveness on the part of the committee. It seems that they purposefully pursued a policy of omitting any reference to CRT by name. Another instance was the use of a point of order to refuse to consider the motion to rescind Resolution 9 from 2019. Dwight McKissic’s strategy of canonizing CRT as a litmus test for racism and the stated intention to leave SBC life carrying members of the NAAF with him should a specific rejection be adopted bore its intended fruit. The mantra of “the world is watching” carried more weight than a desire for biblical and doctrinal fidelity. An appearance of unity overcame a real desire for theological clarity.

Ostensibly, concern for evangelism was used as a reason to ignore CRT in any specific manner. That move, largely pressed by James Merritt, attempted to urge a dichotomy between the positive of clear gospel preaching and the negative of opposition to error. If one opposes the error of a false gospel then he demonstrates a lack of true zeal for evangelism. When the histrionics of accusation are absent, all can see that this is a false dichotomy and is demonstrably non-apostolical (Galatians 1:6-10; 1 John 4:1-7; 2 Peter 2:1-3:9). The Bible makes rejection of error, particularly error that alters gospel truth, a vital part of protecting true evangelism. It seems to me that these go hand in glove. Without identifying error (as the apostles regularly did) we fail to see clearly how the gospel radically corrects our worldly falsehoods.

Another puzzling dynamic was, on the one hand, the acceptance of a clear resolution and, on the other, a subsequent negative response by leading SBC ethicists on the issue of abortion. The professional ethicists seemed to feel offense at the audacious attempt of mere pastors to press the issue of abortion to a different level. Those of us who have pursued a calling in professional theological education should be happy when the purpose of our teaching actually shows up in the clear and resolute thinking of men in the pastorate. A pastor historian is not a threat to my calling but a confirmation of it. To accuse those who want abortion abolished of misogyny is not a rational argument but an attempt to gain ascendancy by insult. Yes, I do believe that abortion is murder, and we should clearly state it as such. Sentimentality about the emotional state or professional credentials of perpetrators does not diminish the reality of intentional breaking of God’s law. In a summary of a recent poll on abortion we learn, “Among born-again or evangelical Christians, 67 percent said abortions should be illegal in all or most cases, while 33 percent said abortions should be legal in all or most cases, the poll said. Included in the latter are a 10th of born-again and evangelical Christians who said abortions should be legal in all circumstances.” These are distressing numbers and show two realities, at least: one, we can not adjust our views of abortion to popular opinion and have any hope of achieving a biblical stance; two, those “born-again” supporters of abortion need some clearly enunciated and prolonged public insistence as well as pastoral teaching that abortion is a direct violation of divine law, the order and purpose of creation, the character of the incarnation, and simulates pagan disregard for human life. I am unaware of a way in which a Bible-believer can draw any other conclusion. Psalm 51 and Luke 1:35 seal the issue with the doctrine of original sin and the reality of Christ’s unity of person in the incarnation. Abortion is the deliberate taking of a human life–the most egregious kind of killing-completely defenseless victim with no record of perverse actions toward any other person. Saving life should be the end of any procedure. The only motive for such an intent to kill is some kind of personal advantage. As long as we refuse to call it murder, we will find it easier to be satisfied with only incremental measures. The “exception” clause—”except to save the physical life of the mother”—is not as simple and invariably predictable in its outcome as the professional ethicists have indicated in their rejection of the resolution. This is an undeniably sobering matter. Perhaps it should not be seen as an exception justifying abortion at all. If the medical procedure has as its aim to save the lives of the mother and the infant, the idea of creating an exceptional justification for abortion could be eliminated. All should hope that the highly capable professional ethicists who issued the rebuttal will work fraternally with the pastors who are pressing the issue to achieve a clearly biblical, theologically defensible, uncompromised, non-pragmatically-driven way of pressing for abolition of abortion.

In my catching-up procedure, I found that some platform personalities and commentators resorted to the nomenclature of “fundamentalism” or “fundamentalist populism.” It is strange that the SBC, a rarity of healthy biblical fundamentalism in its doctrinal form, would find trusted persons employing the pejorative use of the term as a part of public discourse. Decades ago, some evangelical historians who were in reaction against their former “fundamentalist” upbringing capitulated to Martin Marty’s more pervasive sociological use of the word. That made it easy to minimize the theological importance of the issues at stake. Instead, the term received a cultural and attitudinal slant, and permitted its use to characterize opponents by dismissive epithets as ornery, insecure, combative cusses. The Moderates in the time of the Conservative Resurgence used the term with opprobrium. Strange metamorphosis of language and party! From what I have been able to learn, several platform personalities dismissed the legitimate theological concerns of convention participants by ignoring their presence at floor microphones and even pronouncing “unseemly” slurs and calling into question motives.

Post-convention developments brought to the fore a weird attempt to give legitimacy to violation of pastoral authenticity in the pulpit by citing Charles Haddon Spurgeon. Perhaps he should be used as a model in this case, but not for justification of insufficiency of personal labors in the study.