A Profile in Fortitude: Edmund Grindal 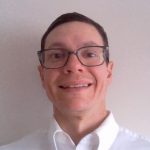 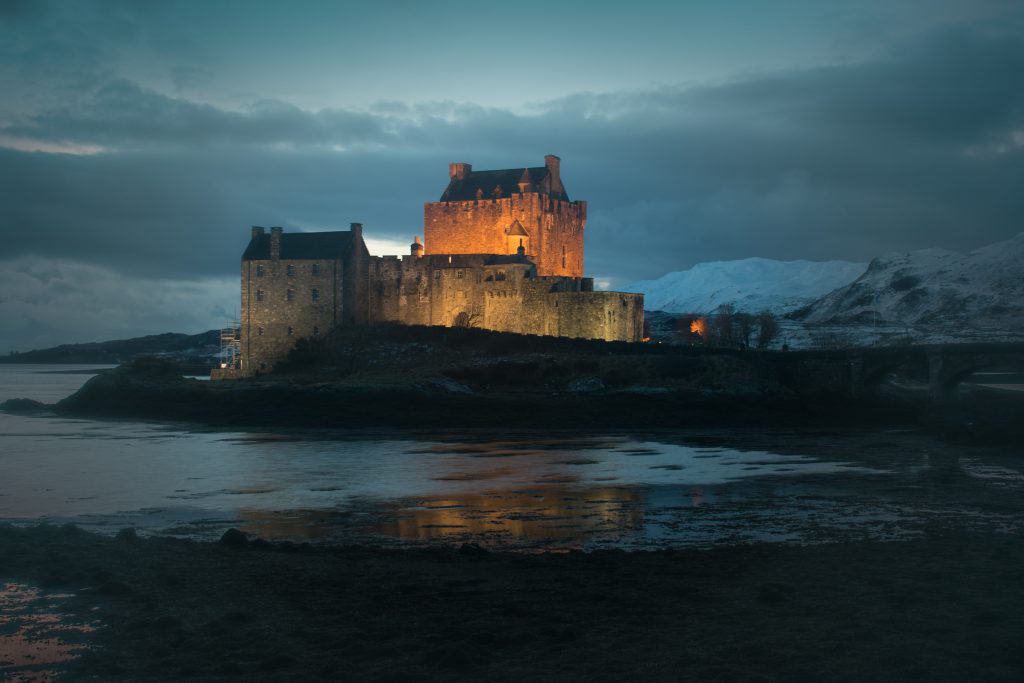 The name of Edmund Grindal does not immediately capture attention as a historically relevant figure, at least for most.  Given the world in which we currently live, however, his relevance might well be increasing by the day.

Various dates are given for the birth of Edmund Grindal in St. Bees, England, but 1519 or 1520 is the usually accepted date.[1]  As a young man he studied and advanced in Pembroke Hall, Cambridge, becoming president of his college in 1549.[2]  He was ordained a deacon in 1544, at a time in which the Church of England was separate from Rome but not yet fully Protestant.[3]  He would later express his sentiments for his ministry in the old church by saying, “I have said mass; I am sorry for it.”[4]

When the Reformation made greater in-roads into England during the reign of Edward VI (1547-1553), Grindal became a sincere Protestant.  Heinrich Bullinger’s work De origine erroris had led him to embrace the Reformed doctrine of the Lord’s Supper somewhere around 1547.[5]  Though Grindal never met Bullinger in person, he did become personally acquainted with the German Reformer Martin Bucer during Bucer’s final days as a professor at Cambridge.  He was even one of Bucer’s pall bearers.[6]  During the reign of Edward, Grindal also served in the church under the bishop of London and later Protestant martyr Nicholas Ridley.  During the years when English Protestants were persecuted during the reign of Mary Tudor (1553-1558), he fled to continental Europe, to the city of Strasbourg, for refuge.

When Elizabeth ascended to the throne after the death of her half-sister Mary, Grindal and a host of other Protestant English exiles returned to their homeland and began occupying positions in the Elizabethan Church.  Grindal himself laid aside his personal scruples about episcopacy and certain church ceremonies for what he saw as the greater good of the church, lest it should fall into the wrong hands.[7]  Even prior to his exile, Grindal had been nominated to become bishop of London, and when the Elizabethan Church was being established, he was again chosen for that office.  In 1570, Grindal was promoted to become Archbishop of York.  Following the death of Matthew Parker, Archbishop of Canterbury, in 1575, Grindal was translated to succeed him the following year.  As Archbishop of Canterbury, Grindal was now the leading pastoral figure in the Church of England.

As archbishop, Grindal’s “chief interest was in the improvement of the education of the clergy and their consequent ability to rightly proclaim the Word of God.”[8]  He wanted the Word of God to preached faithfully for the cause of Christ.

And it was Grindal’s concern for the proclamation of the Gospel that would be at least one of the reasons for his falling out with Queen Elizabeth.  In 1576 the queen ordered Grindal to suppress an exercise known as the “prophesyings” that were taking place in some parts of England.  In our terms, we would more likely call them “preachings,” for that is what they were.  Essentially, what would happen is that several ministers would gather together in a given town on a given day, perhaps a market day, a few sermons would be preached before an audience of laymen, with two or three of the more senior ministers serving as moderators.  After the sermons, the ministers would retire together for a sort of service review, to talk about the sermons in order to help the preachers improve, perhaps discuss other matters of ministerial concern, and have a meal together.[9]  Queen Elizabeth was not too thrilled at the reports she received about these “prophesyings”.  To her they seemed to be tending toward too much democracy and anarchy, and so she commanded the Archbishop to circulate an order for their suppression.

And Grindal could not in good conscience comply with the order.  He felt that there needed to be more preaching in the church and not less.  And so on December 20, 1576 he wrote a long letter to the queen giving his reasons.  He wrote,

With most humble remembrance of my bounden duty to your Majesty: It may please the same to be advertised, that the speeches which it hath pleased you to deliver unto me, when I last attended on your Highness, concerning abridging the number of preachers, and the utter suppression of all learned exercises and conferences among the ministers of the church, allowed by their bishops and ordinaries, have exceedingly dismayed and discomforted me…

But surely I cannot marvel enough, how this strange opinion should once enter into your mind, that it should be good for the church to have few preachers. Alas, Madam! is the scripture more plain in any one thing, than that the gospel of Christ should be plentifully preached; and that plenty of labourers should be sent into the Lord’s harvest; which, being great and large, standeth in need, not of a few, but many workmen!…

Public and continual preaching of God’s word is the ordinary mean and instrument of the salvation of mankind. St Paul calleth it the ministry of reconciliation of man unto God. By preaching of God’s word the glory of God is enlarged, faith is nourished, and charity increased. By it the ignorant is instructed, the negligent exhorted and incited, the stubborn rebuked, the weak conscience comforted, and to all those that sin of malicious wickedness the wrath of God is threatened. By preaching also due obedience to Christian princes and magistrates is planted in the hearts of subjects: for obedience proceedeth of conscience; conscience is grounded upon the word of God; the word of God worketh his effect by preaching. So as generally, where preaching wanteth, obedience faileth…

I trust, when your Majesty hath considered and well weighed the premises, you will rest satisfied, and judge that no such inconveniences can grow of these exercises, as you have been informed, but rather the clean contrary. And for my own part, because I am very well assured, both by reasons and arguments taken out of the holy scriptures, and by experience, (the most certain seal of sure knowledge,) that the said exercises, for the interpretation and exposition of the scriptures, and for exhortation and comfort drawn out of the same, are both profitable to increase knowledge among the ministers, and tendeth to the edifying of the hearers,—I am forced, with all humility, and yet plainly, to profess, that I cannot with safe conscience, and without the offence of the majesty of God, give my assent to the suppressing of the said exercises: much less can I send out any injunction for the utter and universal subversion of the same.  I say with St. Paul, “I have no power to destroy, but to only edify;” and with the same apostle, “I can do nothing against the truth, but for the truth.”…

Bear with me, I beseech you, Madam, if I choose rather to offend your earthly majesty, than to offend the heavenly majesty of God.[10]

Grindal concluded his letter by making two petitions to the Queen and exhorting her to remember her humanity and to continue on in the ways of God.  The first petition was that she refer all ecclesiastical matters to the church to be dealt with by the church, as they were matters that were to be judged, borrowing the words of an ancient writer, “in ecclesia, seu synodo, non in palatio” (in the church, or a synod, not in a palace).  His second petition was that when she dealt with matters of faith or religion or matters touching the church, that she would not make pronouncements on them as the authority, as she did in civil and external matters; “but always remember, that in God’s causes the will of God, and not the will of any earthly creature, is to take place… In God’s matters all princes ought to bow their sceptres to the Son of God, and to ask counsel at his mouth, what they ought to do.”[11]

Grindal was willing, if need be, to be kicked out of his office as archbishop rather than comply with the queen’s order to suppress these preachings.  Officially, he remained in office until his death in 1583, nevertheless the queen placed him under house arrest and he was unable to fulfill many of his functions as archbishop.[12]  The queen directed the other bishops to suspend the prophesyings in their dioceses.[13]  For Grindal, however, faithfulness to Christ and obedience to the Word of God far outweighed the treasures of earth and whatever earthly benefits he might gain by retaining the favor of the queen.  He regarded faithfulness to God as more important than earthly success in his undertakings.

Who knew?  The life and example of Edmund Grindal might be more relevant to the present day than any of us, myself included, had ever thought.

[10] The text of Archbishop Grindal’s Letter to the Queen can be found in The Remains of Edmund Grindal, ed. by William Nicholson, (Cambridge: The University Press, 1843), 376-390.

[12] Though his refusal to suppress the prophesyings was the official reason for which he received such treatment from the queen, it seems there was also another reason, if not more than one.  Thomas Fuller, the seventeenth century church historian referred to Grindal’s “sharp reproving of Julio, the Italian physician, for marrying another man’s wife; which bitter but wholesome pill the physician himself not being able to digest, incensed the earl of Leicester, and he the queen’s Majesty against the good archbishop.  But all was put on the account of Grindal’s nonconformity for favouring the factious meetings called prophesyings.”  Collinson states broadly that Grindal was the victim of “courtly intrigue.”  (See Collinson, 253 ff.) 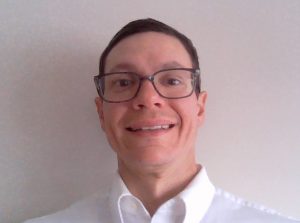 Neil Jackson was called to serve as senior pastor at Andover Baptist Church in 2018, after serving as the assistant pastor since 2010. A native of Indiana, he holds a B.S. in Chemistry from Union University and a M.Div. from The Southern Baptist Theological Seminary. He is married to Rubie, and they have four young children. In his spare time, Neil enjoys reading about history, working outside, and hiking with his family.
AUTHOR ARCHIVE