A Word to My Fellow Southern Baptists 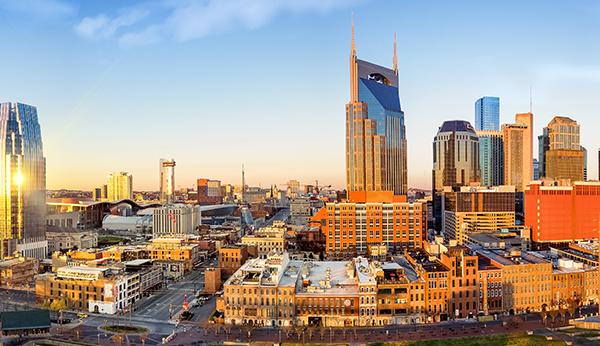 Get to Nashville June 14-16 as a messenger from your church. That’s my main exhortation in this article.

The Annual Southern Baptist Convention (SBC) is scheduled to meet downtown in the Music City Center on June 15-16. Every Southern Baptist church is allowed to send at least two (and up to twelve) messengers who can vote on matters brought before the convention during those days. If recent history holds true, less than 10% of SBC churches will send even one messenger to Nashville. Many of the messengers who do show up each year come as denominational employees who have their expenses paid by Cooperative Program money given by SBC churches.

The SBC has been greatly blessed by God and has been a vehicle for accomplishing many wonderful things over the course of its history. Of course, it is not nor ever has been without its faults, which in more sane times could go without saying but in these days must be stated lest one be charged with defending every sin—known and unknown—of every Southern Baptist leader, church, institution, program, publication, or sermon that has ever existed. Nevertheless, warts and all, much good has been done for sending the gospel around the world through the cooperative efforts of the people known as Southern Baptists.

That makes caring for the entities of the Southern Baptist Convention a matter of stewardship for the churches of the SBC. You might call it a sacred trust. The six seminaries, North American Mission Board, Ethics & Religious Liberty Commission, Guidestone, and LifeWay all belong to the approximately 48,000 churches of the SBC. They were each established and built by the sacrificial tithes and offerings of church members across many generations. Through the trustee system all of those entities are accountable to the churches.

However, that system has shown some serious flaws in recent years. I am among many pastors who have contacted trustees directly to raise concerns about institutional policies, activities, and positions being advocated by various entities. With only a couple of exceptions I have been met with dismissive attitudes and/or obfuscation. I get the impression that many trustees believe it is their job to protect the institutions from the constituents who own them rather than holding those institutions accountable to the churches.

B. H. Carroll was the founding president of my alma mater, Southwestern Baptist Theological Seminary. Over the last few years words that he spoke on his deathbed have repeatedly come to my mind. Speaking to Lee Scarborough, his successor as Southwestern’s president, Carroll said,

Carroll had confidence in the churches of Jesus Christ that comprise the Southern Baptist Convention. They are the ones to whom all SBC entities are accountable. They are the ones for whom the trustees are to discharge their fiduciary responsibilities. It is time for the churches of the Southern Baptist Convention to show up, stand up, and speak up, reminding each other and those whose salaries we pay that responsiveness to the “great common people of our churches” is not only right, it is required if the convention is going to maintain what health it has and make course corrections as will always and inevitably be needed.

Every Southern Baptist church has a voice. But more than 40,000 out of 48,000 rarely let their voices be heard at any typical annual convention. Imagine what could happen if only one-quarter of those unrepresented churches each sent two messengers to Nashville. It would more than double the number of churches that normally show up and would provide an additional 20,000 votes expressing the will of our churches.

If you are a Southern Baptist pastor, I strongly encourage you to try to get to the convention with other messengers from your church. If you are a member of an SBC church, volunteer to go as a messenger. It is costly to do so. For some, attending even for a day will require a significant sacrifice of both time and money. But if more churches are not willing to make that investment then the convention will continue to be governed by a small minority of churches.

So, pray for God to make a way for your church to send messengers to Nashville. Give attention to the issues that will be addressed in the annual meeting. Here are a few that I know will come up.

No doubt there are other important matters to come before the messengers in Nashville. I look forward to hearing about the advance of the gospel among unreached people groups around the world, and the many good works being done by the cooperative efforts of SBC churches. It will be good to hear the Word preached and testimonies shared, to rejoice with those who rejoice and weep with those who weep.

For the sake of all those good things, Southern Baptist churches need to send messengers to this annual meeting. In order to challenge and equip those who are attending the convention, Founders is hosting a one-day conference on Monday, June 14 at the Downtown Hilton, next to the Music City Center. The theme is “Be It Resolved” and we will conclude with a prayer meeting for the SBC. I hope you can join us.