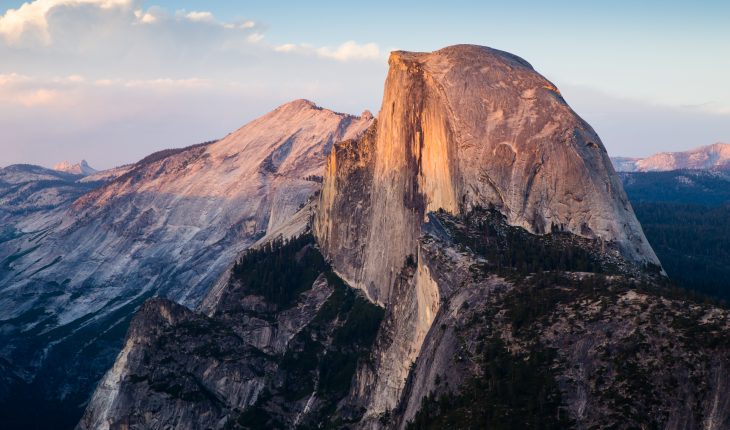 The actions of Adam and Eve in the garden after they had sinned tells us much about mankind. When they heard God walking in the garden they hid themselves. Man has been running from God ever since. Like an ostrich buries its head in the sand to hide from the lion so man attempts to ignore God. This strategy does not work out very well for the ostrich and it does not workout very well for mankind.

The 1689 Confession explains, “To [God] is due from angels and men, whatsoever worship, service, or obedience, as creatures they owe unto the Creator (2.2). The second question of the Baptist Catechism says, “Ought everyone to believe there is a God?” The answer, “Everyone ought to believe their is a God and it is their great sin and folly who do not.” James, the brother of Jesus, made the same point. He taught the simple truth that man ought to acknowledge God in all his affairs when he told man, “You ought to say, ‘If the Lord wills, we will live and do this or that’” (James 4:15).

The Way of Man

Man has a way of simply going about his business without reference to God. He says things like, “Today or tomorrow we will go into such a such a town and spend a year there and trade to make a profit” (James 4:13)

Man pays no regard to God in his daily life. He certainly takes account of many things that he might get to a 24 hour day. He considers the laws that he must obey. He stops the traffic lights and abides by the policies and the company handbook. He takes account of the power he will need to get through the day. He ensures there is fuel for his car, a charger for his phone, and food for his stomach. He pays attention to his friends. He hugs his wife and family, waves to his neighbor, and speaks with his coworkers. But where is his acknowledgement of God? Where is his obedience to God’s law? Where is his dependence upon God power? Where is his enjoyment of God’s friendship?

Man disregards God also in his future plans. These people were deciding what they would do in the days to come. They made arrangements for a year’s long stay in a certain town. But they did not consider God in their planning. And so man goes about determining which house he will purchase, which job he will take, what college he will attend, what wife will marry, what city he will call home, and all without reference to God and His will. Men readily takes account of what will bring him the most comfort and happiness. Where is the man who considers what plan will bring Christ the most glory?

Yet man still ignores God in his work. These businessmen did not depend upon God for their profit. Man takes into consideration the markets, the trends, the political winds, and the latest technologies. But does he reference God in his labors? Does he pray to God when the company faces a bad month? Does he investigate God’s wisdom concerning a difficult work relationship? In all of these things, we see the way of mankind contains no regard for God. And here is why that is a bad idea.

The Limits of Man

It is plain enough that man cannot do all that he might want to do. Modern Science, the Industrial Revolution, and the explosion of technology have led men to believe that they can do whatever they set their mind to. But of man steps back and considers the big picture he quickly realizes that he is full of limitations.

He has an intellectual limitation for he does not know what tomorrow will bring (James 4:14). It is not hard to see that knowledge of future events would be remarkably profitable. How much money could you make if you knew tomorrow’s lottery numbers? What would happen to your portfolio if you knew which stocks we’re going to climb over the next month? A man will work like a horse to predict what is coming in the future. Wise men do a fair job of following trends. But the men who are best at this task will tell you in honest moments that everybody is really just guessing.

Man can neither predict the future state of his family. A wise father saves for his children. A loving mother makes provision for their future. Grandparents strategize with the utmost care as to not be detected how they can keep grandchildren living in the same town. A godly person prays for their families well-being. But no man knows what is going to happen to those he loves.

Beyond personal and family care, man does not know what is to come in world affairs. Who anticipated the bombing of the World Trade Center towers? We may be able to determine that the Civil War in Syria is likely to continue tomorrow, but who foretold of the recent US missile strikes? And who can tell how involved we will be in six months? This is a knowledge that man does not have.

But man not only his intellectual limitations, He has a limitation of life itself: “For you are a mist that appears for a little time and then vanishes” (James 4:14). Isn’t it interesting that James wants to get us thinking about our death? It is not a comfortable subject for many. But Christians are able to consider it because it is not a hopeless subject for us. How good it is for us to consider our limitations. It is an act of sovereign grace when a man comes to see his own limitations. That is the man who will acknowledge God in all his affairs.

The Right Path for Man

Mankind ought to humbly acknowledge God and His will. And he ought to do so from the heart. If man lives any other way he does evil (James 4:16). We don’t regularly think this way. The arrogant man is the one who talk about himself too much, or is too eager to show off his possessions, or looks down his nose at others. But this common man, albeit not a religious guy, is simply trying to make a living. This is how we commonly assess our fellow man. But the Bible says that a man who ignores God is an arrogant man. His arrogance may be hidden beneath many superficially good deeds and loads of common grace, but he cannot help but boast. And his boasting is evil.

Our pursuit of a life in which we acknowledge God is not hopeless. Christ has already done this perfectly for His people. He prayed, “Not my will, but yours, be done” (Luke 22:42). He said publicly that He came not to do his own will but the will of Him who sent Him (John 6:38). And that was no mere talk for Jesus. He accomplished the will of the Father when He went to the cross. He acknowledged the Father in His life death and resurrection. So we can trust him, the perfect doer of the Word of God. And as we trust Him, we will become more like Him. We will stand out more and more in a world that disregards God as those who humbly acknowledge our Lord in all our affairs. Here are four practical ways to acknowledge the Lord: