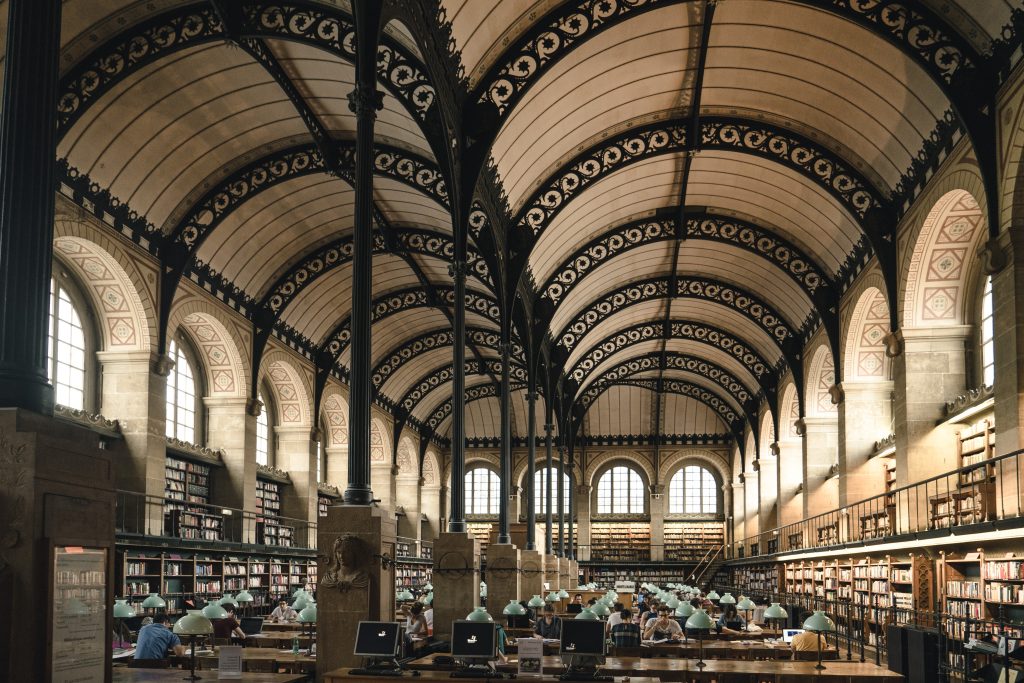 In a recent post, David Allen claimed, “What Haykin has missed is that Fuller is saying that the free offer of the gospel is grounded in the fact that Christ died for the sins of all people, not just the elect. This is further evidenced in Fuller’s next paragraph in the section ‘On Particular Redemption’ which Haykin does not quote.” Allen then quotes the next section of Fuller looking for an assertion of Christ’s death “for the sins of the non-elect.”

It is not there, nor in the words that follow. All that Fuller contends is that there is no contradiction between peculiarity of design and universality of obligation to believe. “If that which sinners are called upon to believe respected the particular design of Christ to save them,” Fuller proposed, “it would then be inconsistent.” He continued, “but they are neither exhorted nor invited to believe any thing but what is revealed,, and what will prove true, whether they believe it or not.” Fuller closed the section with a quote from Owen:

“When God calleth upon men to believe, he doth not, in the first place, call upon them to believe that Christ died for them; but that ‘there is none other name under heaven given among men whereby we must be saved,’ but only Jesus Christ through whom salvation is preached.”

The same vanity of purpose we find in Allen’s quotation of Fuller’s statement, “If there be an objective fullness in the atonement of Christ sufficient for any number of sinners, were they to believe in him, there is no other impossibility in the way of any man’s salvation to whom the gospel comes than what arises from the state of his own mind.” This provides no proof to his point because the “objective fullness” Fuller envisions is precisely defined by him two paragraphs earlier: “His own atonement, stamped also as it is with Divinity, is sufficient to pardon any number of sins or sinners.” [2:709, 708]

Fuller does not think that Christ died for the “sins” of all people, certainly not for the “sins of the non-elect,” nor even precisely for the sins of the elect. Allen has missed the point and, as a result, is setting forth a kind of universal commercialism, implying that Christ has shouldered the full wrath of all the sins of all men of all times to the degree that all their sins deserve. That kind of commercialism is precisely what Fuller rejected when he carefully insisted that Christ died for men as sinners and for sin as sin, and it is thus that he “is revealed in the gospel, and that is as the Saviour of sinners.”

It is this, Christ’s infinite sufficiency that provides the “objective fullness in the atonement.” This universal warrant, therefore, does not arise from any kind of pecuniary satisfaction at all, either for the elect or the non-elect, but solely in its infinite worth as the accomplished obedience of the God-man—“his own atonement, stamped as is it with Divinity, is sufficient to pardon any number of sins or sinners.”

Fuller does not advance from the “infinite worth” understanding of the death of Christ to universal commercialism, but still maintains the view which he defended in his polemic with Dan Taylor. Writing in January 1803 (in a letter cited by Allen), after a strong rejection of the commercial view of Christ’s payment for sins, Fuller affirmed, as he did on so many occasions, “But if such was the satisfaction of Christ that nothing less was necessary for the salvation of one, nothing more could be necessary for the salvation of the whole world, and the whole world might have been saved by it if it had accorded with divine wisdom so to apply it.” [italics original]

The very nature of atonement for sin, consummating in specific cases in a sovereign redemption from sins, demanded the same work for one as for many. Nothing less could have been done for one, so nothing more needed to be done for all. Since forgiveness has eternal and infinite implications, a substitutionary death sufficient to forgive one sinner of his sins, must be of such quality that it necessarily suffices in itself considered for all sinners. If nothing less is required for one, that means that no measuring of a just wrath is due for the forgiveness of just one, but only the sacrificial death of an infinitely glorious substitute; by the same token, nothing more, that is no expansion of the measured intensity of wrath on the substitute is necessary for the forgiveness of many or all, but only the infinite worthiness of the sacrificed substitute.

If Fuller could believe that a commercial impartation of sins to Christ constituting forgiveness for only some of mankind were possible, it seems he would have affirmed it. But he rejected commercialism even as a possibility and saw particularity as thus necessarily connected with eternal divine intention executed by an infinitely worthy sacrifice. Fuller illustrated how an indefinite provision necessarily made for all could be particularized by pointing to the doctrines of creation and providence. “Admitting that, in some sense, Christ is given to the world in general,” Fuller reasoned, “yet I suppose that it is in the same sense in which the earth is said to be given to the children of men (Psal. cxv. 16); in which general gift God still reserves to himself the power of disposing, in a way of special providence, of all its particular parts to particular persons, even to such a degree that every individual has a cup assigned him to drink—a lot which Providence marks out for him.” [2:557]

Very pointedly then, Fuller showed the manner in which a necessarily universally sufficient atonement resulted in a particular redemption:

“Yet as Christ did not lay down his life but by covenant—as the elect were given to him, to be as the travail of his soul, the purchase of his blood—he had respect in all that he did and suffered to this recompense of reward. It was for the covering of their transgressions that he became obedient unto death. To them his substitution was the same, in effect as if their sins had by number been literally transferred to him.” [2:708]

One cannot accuse Allen of being unclear concerning what he is after, even if he is unclear in his comprehension of his source of evidence. “The problem, however,” Allen continued to contend, “is that Haykin reads the sufficiency terminology as a bare sufficiency, or simply as a statement of infinite intrinsic value, whereas Fuller had come to believe that Christ substituted himself for all mankind, and so it was actually sufficient for all in that sense.” Allen went on to extrapolate, “The particularity of the atonement resides not in the impetration,” (a term Allen used in reference to Christ’s bearing punishment for the sins of all men) “or substitution for sin, but in the intent to apply.” Using this judgment to reassert his thesis, Allen continued, “This is Fuller’s mature position on the extent of the atonement, and it is the key point missed by Haykin, and I might add, Nettles.” Since he brought me in, I must say a word, not only in explication of Fuller, but in evidence as to why I can’t conceive of having missed the “key point.”

If I have missed the point of Fuller’s view, then I must not trust my eyes or my mind (which is not a bad idea at my age). All the changes Fuller made, he made before his Reply to Philanthropos. “I freely own that my views of particular redemption were altered by my engaging in that controversy, “ Fuller wrote in 1803; “but what alteration there was, was before I published my Reply.” He stated this in light of Abraham Booth’s accusation that Fuller had moved more toward Taylor than he was at the time of their controversy. Fuller noted that some interpretations of Scripture might have been slightly altered and that he might demur on some of the arguments he would use to establish his principles, “but the leading principles themselves I do still approve.” I must conclude that neither Haykin nor Nettles has misread Fuller at this point, but it is Allen that has superimposed a non-existent shift on Fuller by fashioning him into a universal commercialist. Commercialism is impossible for Fuller’s structure of the work of atonement. Fuller never moved from the “intrinsic infinite value” view.

Part of Allen’s failure to grasp what is happening in this discussion is due to his assumption that he alone understands the varying approaches taken to the atonement by Calvinists. “Contemporary students and teachers of the history and theology of Calvinism, particularly those embracing Owen’s views, fail to acknowledge this historical distinction.” I am not sure about whom he is writing, but this is one contemporary teacher that certainly has set forth that distinction, and I did so more than twenty-five years ago. In By His Grace and for His Glory, I stated:

“Historically, two streams of thought emerge from the writings of those who have defended limited atonement. We must not confuse either with those who purposefully rejected limited atonement. One stream, represented by such Baptists as Fuller in England and Boyce in the United States, affirms both the sufficiency of the atonement in its nature to save all men and the limitation of the atonement to the elect only in its intent. This probably represents a majority view among Calvinists. The second stream, represented by Abraham Booth in England and John L. Dagg in the United States, affirms that it is the nature of the atonement to save all for whom it is sufficient, and therefore its limitation in intent is necessarily a limitation of its sufficiency.”

Allen’s placement of Owen in the camp opposite Fuller, in fact, his ruling Fuller out of either of these camps shows a lack of both historical and theological perspective. Owen embraced the infinite intrinsic value\thus sufficiency view and served as a model for Fuller.

In another letter to Ryland in January 1803, Fuller writing on Calvinism, quoted several passages from the Canons of the Synod of Dort, including the following:

“The death of the Son of God is the only and most complete sacrifice and satisfaction for sins, of infinite value, abundantly sufficient to expiate the sins of the whole world. . . . The gracious will and intention of God the Father was, that the life-giving and saving efficacy of the precious death of his Son should exert itself in all the elect, to endue them alone with justifying faith, and thereby infallibly bring them to salvation.” [2:712]

He then endorsed this view clearly and simply, “I would not wish for words more appropriate than the above to express my sentiments.”

While I personally disagree with Fuller on the logic of his synthesis of the scriptural material on atonement, there can be no doubt of his personal stance. The infinite worthiness of the atonement built on Christ’s person as God and man substantiates its general applicability and the warrant of general invitations and exhortations. The particularity of Christ’s work comes at the point of its application as a ransom and propitiation made with the elect only in mind and secured by covenant as he gave his life as the shepherd for the sheep. Nor can there be doubt that this was not Taylor’s view, but was in the big middle of historic confessional Calvinism.