Answering Some Objections to Sabbath Observance 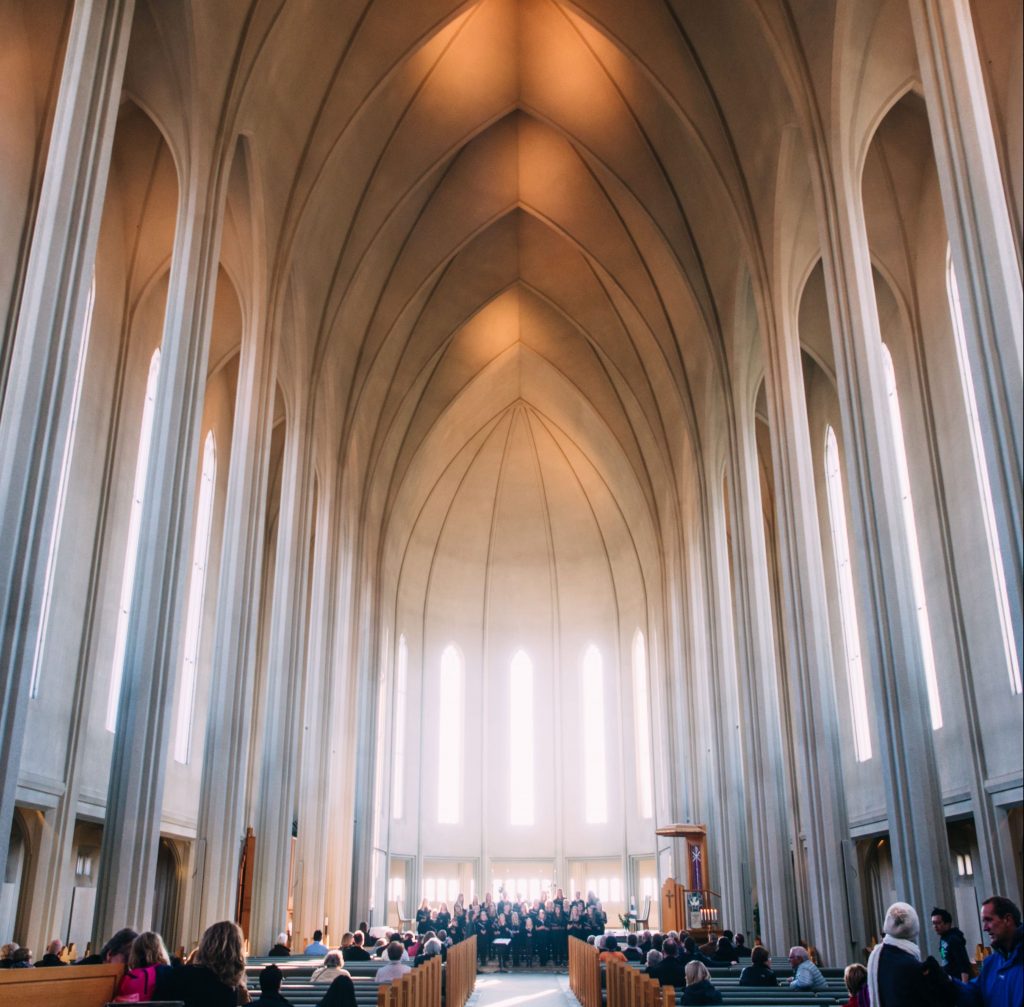 1. New Testament Passages. Those who say Christians are not obligated to observe the Sabbath day often point to four key New Testament passages to make their case: Romans 14:1-9, Galatians 4:10, Colossians 2:16, and Hebrews 4:3-10. Though I won’t provide extensive exegesis here, I’d like briefly to consider these one at a time.

Romans 14:1-9.  “One person believes he may eat anything, while the weak person eats only vegetables . . . One person esteems one day as better than another, while another esteems all days alike.”

These verses teach that Christians have liberty to observe feast days or not. Paul speaks of “foods” and “days” together, which means the subject of the passage is feast days (pagan and Jewish), not the moral law of the Sabbath.  Also, if the anti-Sabbatarians are correct that this passage teaches that absolutely every day is alike in Christ, then it seems to prove too much.  I know of no anti-Sabbatarian who teaches that the Lord’s Day should simply be treated as any other day of the week, and that Christians have no obligations on that day.

Galatians 4:10-11. “You observe days and months and seasons and years! I am afraid I may have labored over you in vain.”

Colossians 2:16. “Let no one pass judgment on you in questions of food and drink, or with regard to a festival or a new moon or a Sabbath.”

Here Paul addresses a serious heresy in the church of Colossae that involved the worship of angels (Col 2:18), the reception of visions from angels (Col 2:18), and the practice of asceticism (Col 2:20-23) on Jewish feast days and Sabbaths not associated with the moral law (Col 2:8-23). In these verses, Paul rejects this total system of Jewish-Gnostic heresy, not the moral law of the Sabbath day. The terms “festival, sabbath, and new moon” often appear as a “package” in the Old Testament.  Contextually, therefore, Paul isn’t referring to the moral Sabbath in Col 2:16, but only to the Old Testament ceremonial Sabbaths.  See 1 Chron 23:31; 2 Chron 2:4; 31:3; Neh 10:33; Isa 1:13-14 (contrast with Isa 58:13-14); Hos 2:11; Ezek 45:17).  When Paul says “let no one pass judgment on you,” he means that the false teachers in Colossae have no right to judge the salvation of the Colossians for refusing to enter into pagan practices and for refusing to observe Old Testament ceremonial laws.

Hebrews 4:3-10. “So then there remains a Sabbath rest for the people of God, for whoever has entered God’s rest has also rested from his works as God did from his.  Let us therefore strive to enter that rest so that no one may fall by the same sort of disobedience.”

The writer to the Hebrews is explaining that the Sabbath day is a present reminder of the rest we have in Christ, and the future hope we have of heaven. He is not teaching that the Sabbath is abolished; rather, “There remains a Sabbath rest for the people of God” (Heb 3:9).  The weekly Sabbath remains as a sign of the eschatological rest that has not yet arrived, but still awaits consummation.

But the New Testament teaches that the church is, in fact, new covenant Israel. Romans 2:26, 28 says, “If a man who is uncircumcised keeps the precepts of the law, will not his uncircumcision be regarded as circumcision? . . . For a Jew is one inwardly, and circumcision is a matter of the heart, by the Spirit.” Romans 11:17 says that believing Gentiles are branches that are grafted into the olive tree of Israel. Galatians 6:16 calls the church “the Israel of God.” Galatians 3:7 says, “Know then that it is those of faith who are the sons of Abraham.” Galatians 3:29 says, “And if you are Christ’s then you are Abraham’s offspring, heirs according to the promise.” Ephesians 2:19 tells us that believing Gentiles are no longer strangers and aliens to Israel, but that in Christ, they have become fellow citizens of Israel (cf. Eph 2:12). Paul tells the Philippian church, located in Gentile Greece, “For we are the real circumcision, who worship by the Spirit of God and glory in Christ Jesus and put no confidence in the flesh” (Phil 3:3). Hebrews 8:8 tells us that the new covenant is only made with “the house of Israel.” Since the whole New Testament church participates in the new covenant (1 Cor 11:25), the New Testament church must be new covenant Israel.

Thus, since all believers, including Gentiles, are in fact Israelites, true Jews, and since the Sabbath is a sign of Israel, the church should keep the Sabbath.

3. Arguments from Silence. Some argue against Sabbath keeping from the silence of the Bible.  I’d like to address three of these arguments.  First, since the Old Testament didn’t condemn Sabbath breaking among Gentile nations, the Sabbath was never intended for Gentiles.  Second, since there is no evidence of Sabbath keeping before the time of Moses, Sabbath observance should be reserved for those under the Mosaic covenant.  Third, since the New Testament doesn’t command Sabbath keeping or condemn Sabbath breaking, Gentile believers in the new covenant are not required to keep the Sabbath day.

First of all, we should note that arguments from silence are generally weak arguments. Pointing out that the Bible doesn’t say something does not necessarily mean it isn’t implied or even theologically necessary. For example, the Bible is silent on the doctrine of the canon (there’s no list of the 66 books of the Bible in the Bible), but that doesn’t mean the canon is untrue.

In addition, though there is no record of Sabbath keeping prior to Exodus 17, there is a clear record of public worship, offerings, and crying out to God (Gen 4:3, 26).  Rather than assume believers didn’t keep Sabbath because it isn’t recorded prior to Exodus 17, perhaps we should assume that they did keep Sabbath, given the fact that God sanctified the Sabbath in Genesis 2:2, and that the original audience of the Pentatuech under Moses would have understood that public worship takes place on the Sabbath.

Third, some of the above arguments of silence “reduce to absurdity.” If we make similar arguments from silence about other biblical commands, consider the absurd result. No Gentile nation, for example, was ever explicitly condemned for “taking God’s name in vain” (the 3rd commandment).  But does that mean the Gentiles were free to take God’s name in vain? Surely not. Consider another example. The New Testament never condemns incest. The Old Testament condemned incest explicitly (Lev 18). Does it therefore follow that incest is permissible in the new covenant, since the New Testament does not address the issue? Certainly not. The authors of the New Testament expect us to use the Old Testament for instruction (2 Tim 3:16-17).

These arguments of silence against the perpetuity of the Sabbath commandment are, therefore, unconvincing.

The fact that a command is fulfilled in Christ does not imply that it is abolished.

While it is true that every day is a day of rest in Christ and worship for the believer, to apply this to the Sabbath commandment confuses categories of worship. The statement that “every day is a day of worship” is about private and personal worship. The Bible certainly teaches that believers are to worship God as individual persons all the time and in every facet of our lives. 1 Corinthians 10:31 says, “Whether you eat or drink, or whatever you do, do all to the glory of God.”

First, it misunderstands how we should read the church fathers. The church fathers were always at their best when they engaged the most serious heresies of their day. If you’re looking for arguments for orthodoxy against Marcionism, Gnosticism, Arianism, Pelagianism etc., you can do no better than the early church fathers. But when a doctrine was not in controversy, the fathers were often very weak. For example, their doctrines of salvation and the church were extremely poor. We shouldn’t go to the fathers as the authorities on every biblical doctrine; rather, we should always look to the Scriptures while we study the fathers. The church has grown in its understanding and articulation of the Bible over time.  It has carefully refined its understanding of biblical doctrine in the fires of persecution, trial, and heresy. The Bible’s doctrine of the Sabbath was not adequately expounded in church history, until the post-Reformation period began to develop the doctrine of the church consistently with Reformed soteriology.

While there are certainly other arguments against the doctrine of the Sabbath, I have sought to answer some of the most popular ones. I submit that the arguments commonly made against the perpetuity of the Sabbath command do not stand up under careful scrutiny.