Blest Be the Tie that Binds: Billy Graham 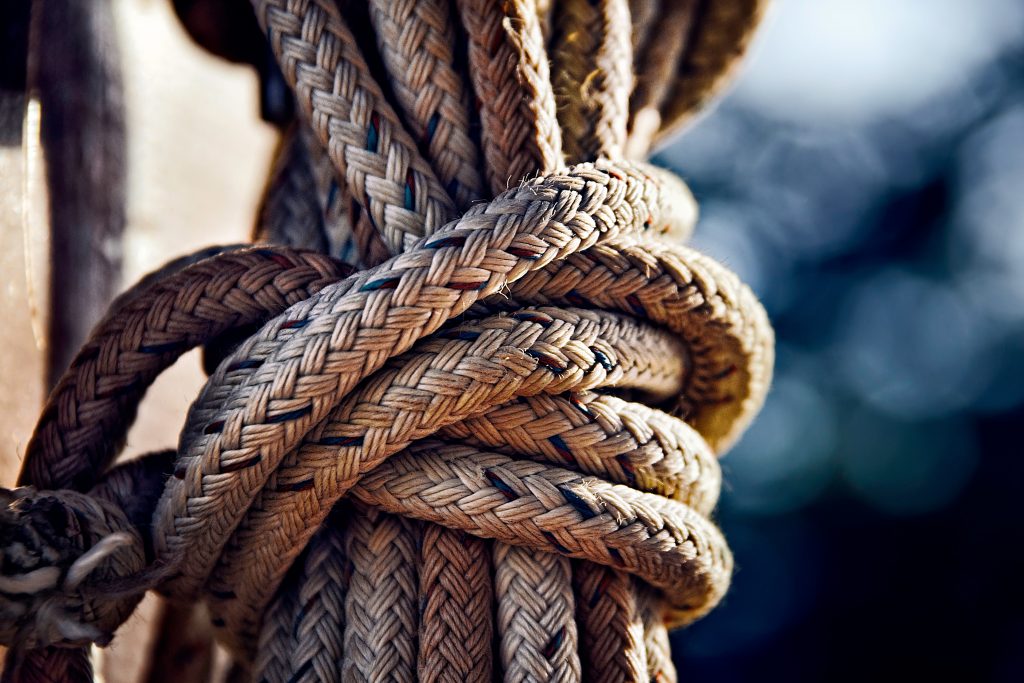 Given the two theological trajectories of the mid-twentieth century SBC and the increasingly noxious relationship between them, what commitment kept them for so long willing to work together? The glue that provided adherence was an experiential kind of evangelism. Both on the mission field and at home, the call to decide for Christ, with a focus on the individual autonomy suggested by the personal character of salvation, was a common idea. On the domestic scene a man had come to prominence who seemed to be able to bring together wildly different viewpoints through that very purpose–concentration on the personal experience of a decision for Christ. For the conservative this vindicated a style of transactional evangelism; for the moderate it vindicated the personal quest for existential significance and the sanctity of individual conscience.

William Franklin Graham took twentieth century American evangelical Protestantism by storm. He embodied tensions that could hardly have co-existed in any other person. With a tall, fit, striking appearance (“Tall, handsome, well-turned-out” as one British publication described him), an affable and engaging personality, a disarming transparency of purpose, and an embracing friendliness that could hardly be resisted by leaders of the diverse spheres of American (and world) culture, Graham spread his influence into a potpourri of Christian options for more than sixty years in the last half of the twentieth century and beyond. He understood, and to some degree shared through background, the fundamentalist reaction to modernism while fostering catholicity in denominational relations. He continued and brought to maturity the heritage of revivalistic evangelism without ridiculing, but with sincere encouragement of, serious scholarship. While professing the unchangeableness and the trans-temporal absoluteness of the gospel message, he relished fellowship and counsel from those whose gifts and energies focused on cultural awareness. Through personal background, carefully sharpened gifts, and well-chosen camaraderie, he was able to give impetus to all of these while redefining and expanding evangelicalism throughout his long and ubiquitous ministry.

Surely others can recall how a sense of well-being seemed to accompany his virtually omnipresent words and ministries. Not only did the Jackson Daily News (or was it The Clarion Ledger?) carry “My Answer,” but the regular appearance of Decision in the mail box and the family’s setting aside of TV time to watch a splendid and seemingly world-transforming Billy Graham Crusade presentation punctuated life with Graham’s presence as a virtual regula fidei among Mississippi Bible-believers (of whom there appeared to be many). As I recall, the talk show phenomenon David Frost, who interviewed him periodically for over thirty years, called Billy Graham the ”closest thing that America has to an established church.”

Of course, to mention a talk show host and Billy Graham in the same sentence reminds us that Graham seemed to come out unscathed in situations that for others would have appeared to be clumsy compromises. I cannot forget his appearance on Johnny Carson when he gave his staccato gospel presentation beginning with the statement “You are a sinner” and watching Carson display a skilful combination of facial expression and body language that communicated both an embarrassed acceptance of the proclamation as well as a deflection to the audience and Ed McMahon. At the end of an appearance on “Laugh In,” Graham gave about two minutes or less of a gospel presentation after which the cigarette-smoking German soldier appeared, squint-eyed, blowing a stream of smoke and uttering his classic, “Veeerry interesting.” During his Las Vegas Crusade in February 1978, Graham joined Mike Douglas and John Davidson for a tap dance to be aired on the Mike Douglas show as a bit of publicity for the Crusade. Pictures of the “unlikely threesome” made their way into papers across the country (e.g. Milwaukee Sintenel, February 4, 1978). There was hardly any place in American culture that did not feel some obligation to let Billy Graham have his say. Likewise, there were few venues that Graham would not exploit in order to gain some foothold in the popular culture. He had long since left the separation ideal of fundamentalism and consistently tested the borders of relevance-vs.-compromise.

Graham was born in 1918 and experienced conversion in a revival meeting under the preaching of Mordecai Ham in 1934 in Charlotte, NC. According to Ham’s own narrative of the event, “One night a man spoke to them during the invitation and said, ‘Come on; let’s go up front.’ Billy and Grady both went to the altar. Billy was saved, and Grady [Wilson] dedicated his life to Christian service.” The campaign lasted for eleven weeks and Graham, converted during the third week, spent the remainder of the time in the preachers’ section listening intensely and taking notes, absorbing not only an expository style but a method of closing the meeting. After a brief stint as a successful Fuller brush salesman, he entered Bob Jones College in 1936 at 18 years of age. When he transferred after one semester to Florida Bible Institute, Jones warned him that future opportunities among the Fundamentalists would probably decrease and that he would relegate himself to both poverty and irrelevance as a country Baptist preacher. For the sake of his personal judgment as to how he could best be used in gospel ministry, Graham showed his propensity to endure criticism, or even rejection, to open opportunities in the broader world of Christian profession.

Pursuant to that instinct, in 1943, he enrolled in Wheaton, met Ruth Bell, the daughter of Presbyterian missionaries to China, began serving as pastor of small Baptist churches, including the Village Church in Western Springs, and soon hosted a radio program “Songs in the night.” He convinced George Beverly Shea to join him in this program in 1944. Soon, under the influence of Torry Johnson, Graham began to speak at Saturday night “Youth for Christ” rallies. On May 27, 1944 at Orchestra Hall in Chicago, Graham spoke to 3000 people. His closing invitation resulted in 40 young people coming to “give their lives to Christ.” The next year Graham spoke to 65,000 at Soldier Field in Chicago. In 1946 through 1949 Graham, along with others that would become part of the evangelistic team, made several trips to England, Ireland, and France where he preached to great crowds, and generated massive amounts of publicity.

During these days, Graham made two pivotal decisions that had a disciplining and salutary influence on his ministry.

First, he avoided the temptation to intellectual pride pressed on him by one of his talented contemporaries. Sharing the podium with Graham with a display of perhaps even more natural talent than Graham was Charles Templeton. They often preached together until Templeton enrolled in Princeton as a special student in an effort to find an answer to uncertainties that had had begun to arise in his perception of the Christian faith. Templeton challenged Graham to join him at seminary, for, so Templeton chided, he needed to understand the Christian faith in a more historically critical way. In 1957 Templeton announced that he had become agnostic and resigned from the Christian ministry and engaged in a variety of activities until his death in 2001. In 1996, he published a spiritual autobiography entitled Farewell to God.

Graham did not emerge completely unscathed from his conversations with Templeton. Graham went through a crisis, decided to reject Templeton’s invitation and deal with any doubts that arose through his own study, and simply “preach the gospel” that had been the foundation of his commitment to Christ. He would accept the Bible by faith, and not commit to any deeply detailed defenses of every assertion of the Bible as long as he could maintain the most obvious purposes of Scripture with clarity. While this resolution kept him from the agnosticism of Templeton, at times it allowed him to skip over some specific challenges to historical confessional orthodoxy. For example, when David Frost asked him about evolution, Graham answered, with some ambiguity, “I personally believe that it’s just as easy to accept the fact that God took some dust and blew on it and out came a man as it is to accept the fact that God breathed upon man and he became a living soul and it started with some protoplasm and went right on up through the evolutionary process. Either way is by faith and whichever way God did it makes no difference as to what man is and man’s relationship to God.”

Second, in 1948, after a meeting in Augusta, GA, his team, perhaps sensing that the life of full time evangelism was going to become ever more demanding and filled with some difficult temptations, decided to have a lengthy conversation when they got back to California. Having observed many of the objections that some Christian leaders had to full-time crusade evangelism, and with awareness of the history of revival practices, they developed some points upon which they would proceed. One, to avoid the power of avarice, their salaries would be fixed by the organization. To avoid temptations to bitterness or a divisive spirit, they would never criticize local clergy. To avoid false pride and superficiality they would never provide estimates of crowd size. Others obviously did this for them. To avoid the scandals into which so many had fallen, to provide the antithesis to the popular notion of the revivalist prompted in the popular mind by Elmer Gantry, and with full awareness of the deadly sin of lust, they would take extraordinary precaution against any appearance of sexual impropriety.

His integrity, his ostensible evangelistic success, and his vital connections with every important movement in a growing evangelical movement made Billy Graham’s message and method virtually canonical. Fundamentalists felt frustrated, liberals felt safe, revivalists felt confirmed, and churches felt secure with a proven way to get people saved.