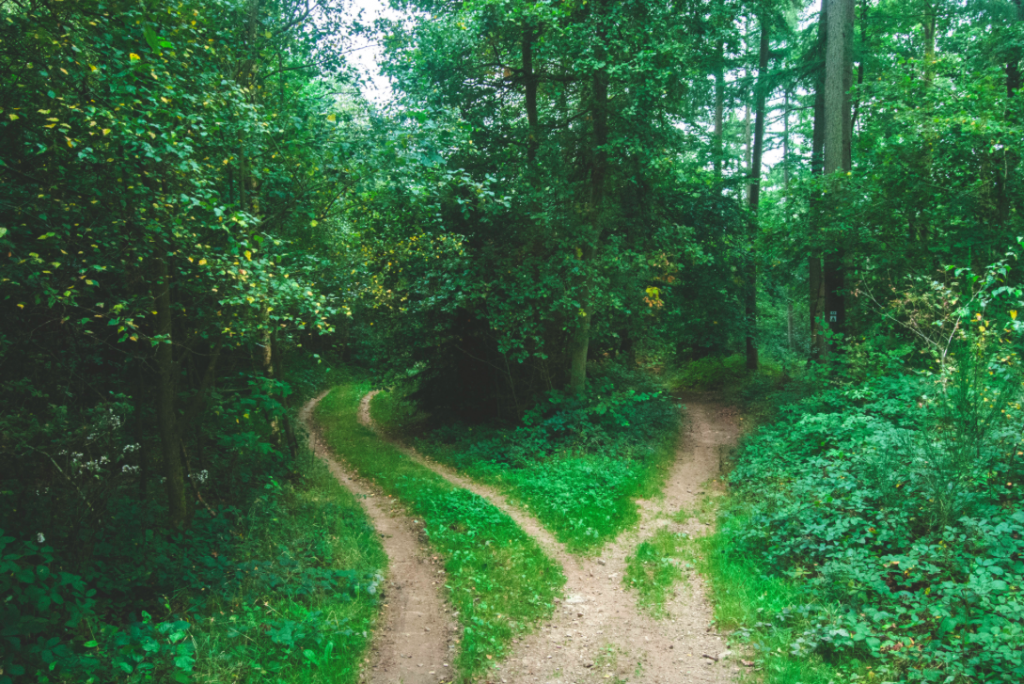 Braxton Hunter recently wrote an article for the Journal for Baptist Theology and Ministry (Spring 2013) opposing compatibilist freedom and advocating libertarian freedom. The article was later republished on the SBC Today blog. This post will briefly interact with and respond to some aspects of Hunter’s commentary.

1. Definitions of compatibilist freedom and libertarian freedom. According to Bruce Ware, compatibilist freedom means that “God’s determination of what people do is compatible with their carrying out those determined actions with genuine human freedom and responsibility.” Braxton Hunter defines libertarian freedom as “the ability to transcend cause and effect and actually make real decisions. These decisions may be influenced by outside factors but not to the point of coercion.”

Let me provide an illustration to help explain the difference between these two models. Imagine a person standing at a fork in the road. He has to decide whether to turn left or right. There are a number of potential influences on his choice, including his knowledge of what’s ahead, his original purpose in taking the journey, the surrounding environment, his own habits, his physical condition, his personality and preferences, etc.

Both those who hold compatiblistic freedom and libertertarian freedom agree thus far. But here’s the crucial difference.

Those who advocate compatibilist freedom say that given all the causes and influences on the man’s will, including his own character, personality, and preferences, the man’s choice of whether to turn left or right is absolutely determined. The man’s “self” necessarily determines a particular choice. He necessarily chooses in accordance with his greatest desire, and the desire itself is causally determined.

Proponents of libertarian freedom say that given all the causes and influences involved, including the man’s own character, personality, and preferences, his choice to turn left or right is not determined. The man is free to choose against all influences and causes such that there is no determining or governing reason for his particular choice.

2. Scriptural support. Hunter’s article mentions 1 Corinthians 10:13 as a major proof text for libertarian freedom. 1 Corinthians 10:13 says, “No temptation has overtaken you that is not common to man. God is faithful and he will not let you be tempted beyond your ability, but with the temptation he will also provide a way of escape that you may be able to endure it.”

Hunter provides no exegesis of this verse, though he refers to a JETS article by Paul Himes which concludes that “compatibilism has not adequately explained 1 Cor 10:13.” Of course, the main question in 1 Corinthians 10:13 has to do with the meaning of the word “ability.” When the Apostle Paul uses the word “ability,” is he really thinking of the highly philosophical notion of libertarian freedom (contra-causal freedom; the liberty of indifference; the power of contrary choice) in this text? That’s what an interpreter would need to prove in order to marshall this passage in favor of libertarian freedom. I suggest that the passage explains itself when we see how “ability” in 1 Corinthians 10:13 is parallel to “way of escape,” meaning that there is always a natural means by which people can escape sin, if they so desire. People are never forced against themselves to sin, no matter how difficult the situation. I submit that the greatest problem facing libertarian freedom is that it isn’t easily established from the text of Scripture, but seems to be a philosophical presupposition and imposition on the Bible.

For example, Bruce Ware recently wrote “The Compatibility of Determinism and Human Freedom” in Whomever He Wills: A Surprising Display of Sovereign Mercy. His chapter provides some excellent exegesis and theological support for compatibilist freedom.

Ware cites the following passages in support of compatibilist freedom, showing that God (1) determines human choices, (2) holds human beings responsible for the choices that they make, and (3) that human beings freely choose what God determines.

To Ware’s examples of compatibilist freedom I would add:

Certain passages plainly teach that human beings necessarily choose according to the disposition of their hearts. That’s the essence of compatibilism.

The biblical compatibilist doesn’t claim to have a tidy philosophical system to support his views. Rather, he’s convinced of compatibilism because Scripture clearly teaches it. God determines human actions, but human beings are free and responsible for their actions.

Does God have libertarian freedom? If God has liberterian freedom, then God has the freedom to sin by choosing against His own nature and character. If God has libertarian freedom, then there is no determining or governing reason that God is righteous and never sinful. We might expect that at any moment, without any determining reason, God may sin. Of course Scripture teaches God does not have libertarian freedom, but that He has a kind of compatibilist freedom. God necessarily chooses in accordance with His own nature and character. Scripture says that God “cannot deny himself” (2 Tim 2:13), and “it is impossible for God to lie” (Heb 6:18). God’s choices are determined by God’s holy nature, and that determination of God’s will is compatible with God’s freedom.

Does the human nature of Jesus have libertarian freedom? Colossians 1:15 says that “He is the image of the invisible God” and Hebrews 1:3 says He is “the exact imprint of his nature.” Since Jesus is the image of God, then we should look to Jesus for what true freedom means. Did/does Jesus have libertarian freedom to sin? Might the human nature of Christ freely stop praying for us from heaven? Could Jesus freely reverse any of His good promises to us? Could Christ stop trusting the Father? Might Jesus have freely sinned on earth, failing to fulfill biblical prophecy? Scripture is clear that God determined the righteous actions of Christ’s human nature. Psalm 22:9-10 says that God caused Jesus to trust Him: “Yet you are he who took me from the womb; you made me trust you at my mother’s breasts. On you was I cast from my birth and from my mother’s womb, you have been my God.” Other passages of Scripture declare that Christ would certainly obey God’s will unto death (Is 50:4-6; 52:13-53:12). The obedience of Christ’s human nature was determined, and it was compatible with His freedom and responsibility. This is what it means to be made in the image of God.

I submit that to be made in the image of God is to be made with compatibilist freedom, not libertarian freedom.

Could a libertarianly free will ever make a choice? If there is no sufficient or determining reason for a choice, then how could a person’s will ever choose? It would seem that if libertarian freedom were true, the man at the fork in the road in the example above would never actually turn left or right. He would simply stand there, since there is never any sufficient reason or cause to choose to turn either left or right. If there is no sufficient cause, then how can there be an effect?

Can libertarian freedom really be called “free?” It seems to me that libertarian freedom enslaves people to their wills, which often choose against their characters and natures. A person may have an inclination to choose what is good, but his contra-causal free will sometimes arbitrarily changes his desires and causes him to choose the bad. This doesn’t seem like freedom, but slavery to a kind of will that chooses without any determining reason.

Can a person with libertarian freedom really be held “responsible” for his choices? If libertarian freedom is true, then it would seem that people could never be held responsible for their choices. When they meet God on judgment day, they may object, “But God, I may have wanted to choose Christ, but this libertarian free will that you gave me chose against me. It changed my wants without any sufficient or determining reason and caused me to choose to reject Christ. I am not guilty or responsible.”