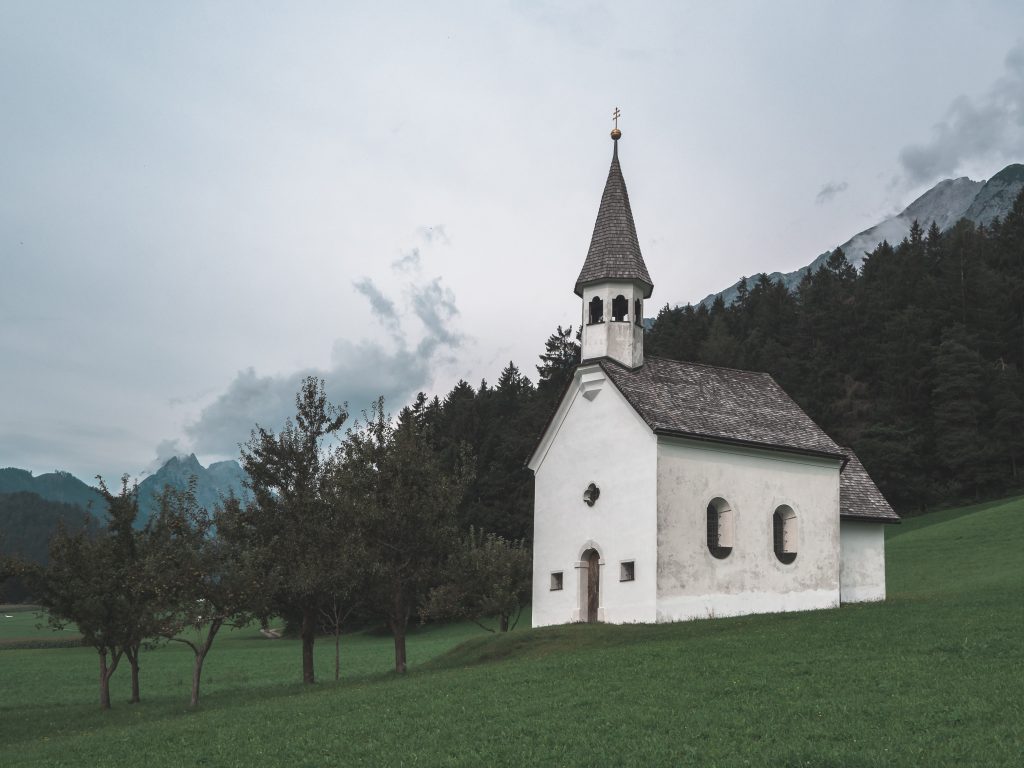 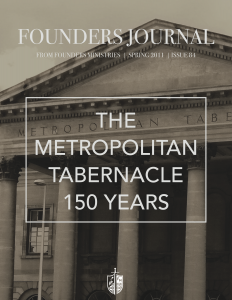 Every major view of church government claims a level of biblical support. The Five Views of Church Polity demonstrates this, as representatives attempt to show Scripture leaning in their favor.[1] While the debate remains unsettled, every generation of Christians must return ad fontes to determine the teaching of Scripture regarding polity.

Though more than “five views” of polity exist,[2] sola scriptura demands that churches look to the Word of God instead of tradition for ecclesiastical structure. Otherwise, the church resembles a corporation or a business instead of the body of Christ. “For evangelicals who believe in the sufficiency of Scripture for life and practice, it only makes sense to develop church polity based on God’s Word.”[3]The Christian church is marked by its fidelity to Scripture.

The Lord of the Church did not leave the structure of congregations to chance and whim, but established a distinct, organizational framework through the New Testament writers. The limited scope of this essay will identify biblical patterns and instructions for polity, with a few applications for practice. To do so, we will need to investigate biblical examples for congregations and their leaders.

While Scripture offers no polity manual, it describes ample organizational structure to ensure the health of the church.[4] Daniel Akin identifies five categories of polity, each with multiple expressions (Episcopal, Presbyterian, Congregational, Erastian, and minimalist or nongovernmental).[5] This survey will show plural elder leadership in a modified-congregationalism as the most biblically attested polity.[6]

Though ekklesia is used only three times in two Gospel passages (Matthew 16:18; 18:17) out of 114 New Testament uses, it establishes a clear pattern for congregational involvement in church affairs. “Tell it to the church (18:17),” calls for the church to act as the “final court of appeal in the exercise of church discipline,”[7] instead of deacons, elders, or an outside assembly.[8] If the church has final authority to dismiss members, it must also exercise authority to admit them. Thus, as evidenced in Matthew 18:17 and 1 Corinthians 5, where church discipline is commanded, the corporate gathering is the final doorkeeper to the congregation.

While strict congregationalism is considered pure democracy,[9] the book of Acts reveals a different framework, with multiple examples of modified-congregationalism coexisting with plural elder leadership. Modified-congregationalism is evident in Acts 6:3, “Therefore, brethren, select from among you seven men  whom we may put in charge of this task.”[10] “The Twelve were to give their approval to the congregation’s selection of the Seven.”[11] “Select,” conveys supervisory action toward the appointment of the Seven.[12] “The church at Jerusalem” sent Barnabas to Antioch to encourage the new Gentile believers–demonstrating church action, even though likely initiated by the apostles or elders (11:22). The church authorized Paul and Barnabas to embark on the first missionary journey (13:1-3), indicated by the missionaries upon their return, gathering the church together to report directly to the sending body (14:27). The early church engaged corporately in ministry decisions.

Paul and Barnabas “appointed elders  in every city” where they had planted new churches (14:23). Simon Kistemaker explains, “In Greek, the term to appoint actually means to approve by a show of hands in a congregational meeting.”[13] He refers to 2 Corinthians 8:19 where the same word is used, adding, “The practice in the churches as set forth by the apostles appears to be that the local congregation nominated and commissioned church officials.” He further quotes the rule identified in the Didache (ca. C.E. 80-150): “Appoint [by a show of hands] therefore for yourselves bishops and deacons worthy of the Lord.”[14] The congregation was involved in deciding on its leaders. With modified-congregationalism, the church ratified the plural leaders’ action plan. After the church of Antioch sent Paul and Barnabas to settle the issue of imposing Jewish practices on Gentile believers, the apostles and elders were joined by the church endorsing the Jerusalem Council’s decision (Acts 15:22). “It seemed good to the apostles and the elders, with the whole church, to chose men from among them to send to Antioch with Paul and Barnabas” (italics added). “It seemed good” is a technical term used in all Greek periods “for voting or passing a measure in the assembly.”[15] Akin points out that this movement “started from the bottom and moved up,”[16] with the whole church involved from start to finish in settling this major doctrinal issue.

As often observed, pure congregationalism is unwieldy, with too many opinions stymieing action without appropriate leadership. While congregationalism must practice regenerate membership and discipline if it is to be effective, it is “best practiced in the form of a representative model,”[17] hence, modified-congregationalism with elders serving in plurality as the representatives. Acts 20:17-38 offers the proper model of elder leadership within the modified-congregational framework. “Elders” and “overseers” are used interchangeably, indicating a single office in the early church. Instead of lording over “the flock,” Paul charges them to instruct and warn, reprove and correct, cultivate and inculcate, comfort and console.[18] While sending out missionaries, exercising church discipline, and clarifying major doctrinal issues was the business of the early church, the responsibilities of leading, teaching doctrine, discipling, and guarding were entrusted to the plurality of elders. The same model bears practicing today.

The Pastoral Epistles use the terms “elder” and “overseer” synonymously. Benjamin Merkle cogently argues that both terms identify the same office in the Pastoral Epistles and throughout the New Testament. He explains, “If elder is a distinct office from overseer, it would seem that qualifications [in 1 Timothy] would be clearly stated for such an important position . Nowhere are the three offices (elder, overseer and deacon) mentioned together, which suggests that a three-tiered ecclesiastical system is foreign to the Pastoral Epistles.”[19] 1 Timothy 3:1-7 and Titus 1:5-9 focus on the elders’ qualifications for office. In the same passages, Paul indicates elders’ involvement in teaching, managing and caring for the church, maintaining theological faithfulness, exhorting in sound doctrine, and refuting those in opposition. In summary, “Leadership in the apostolic church was largely based on proper teaching.”[20]

Some, including a few Baptists,[21] make a distinction between ruling and teaching elders based on 1 Timothy 5:17, “The elders who rule well are to be considered worthy of double honor, especially those who work hard at preaching and teaching.” Merkle points out that the use of the Greek term ma¿lista, translated “especially,” is better translated as “namely” or “that is,” showing no distinction between ruling and teaching.[22] The point is that elders both teach and govern. Hebrews 13:17 indicates such governance, calling for the church’s submission to leaders who will give an account.[23] Peter’s instruction to “shepherd the flock of God among you, exercising oversight;  nor yet as lording it over those allotted to your charge,” (1 Peter 5:2-3) emphasizes “administrative and organizational elements of pastoral care,” including teaching.[24] In a passage showing the general practice of plural elder leadership in the early church, James calls for elders to engage in personal work of counsel and prayer with suffering members (James 5:14-18).[25] Repetitive examples of elder plurality in congregational service, highlights the New Testament practice.

New Testament polity, consisting of elder leadership and congregational accountability, continued through the time of Clement of Rome (C.E. 95), who identified “bishops and deacons” as the appointed officers of the church, with no distinction between bishops and elders.[26] The monarchical episcopate had yet to develop.[27] That soon came as Ignatius (early 2nd century) elevated the position of the bishop above the presbyters. “I exhort you to study to do all things with a divine harmony, while your bishop presides in the place of God, and your presbyters in the place of the assembly of the apostles, along with your dear deacons, who are most dear to me, and are entrusted with the ministry of Jesus Christ.”[28] Later, Irenaeus (ca. C.E. 125-202), while battling Gnosticism, was first to argue for “the notion of apostolic succession.”[29] In spite of indicating congregational involvement in choosing bishops and priests, Cyprian (d. 258) solidified apostolic succession.[30]

Though later generations strayed from sola scriptura, the challenge for the modern church, bombarded by corporate and managerial models, is to return to the simplicity of Scripture. The New Testament consistently refers to plural elders/overseers serving the church, contrary to the single elder/overseer and the three-tiered, hierarchical polity–bishop, presbyter, and deacon, promoted by Ignatius and Cyprian.[31] Pure democracy, in which a monthly business session decides every church issue, is not only impractical, but has no biblical basis.[32] Rather modified-congregationalism, like the practice in the New Testament, places major decisions (selecting elders/deacons, sending out missionaries, final authority in discipline) on the corporate body while leaving the day-to-day ministry and administration to the elders and deacons. The church is able to focus on doing the work of ministry (Ephesians 4:12), while the elders concentrate on shepherding the flock toward maturity in Christ, as the deacons assist through service (Acts 20:28).

Biblical polity is not complicated but it does call for major responsibility on the part of congregation and leadership. It places weight on the congregation to appoint qualified men to serve as spiritual leaders, while calling for submission to their governance. Elders exercise rule with humility and gentleness, never lording over the flock entrusted to them, knowing that they will one day give an account to the Lord of the church (Hebrews 13:17; cf. 1 Peter 5:1-5). The relationship of trust developed between the congregation and its leaders gives testimony to the power of the gospel to unite those in Christ for kingdom service. n

[2] Benjamin Merkle, “Ecclesiology in the Pastoral Epistles,” in Entrusted with the Gospel: Paul’s Theology in the Pastoral Epistles (eds. Andreas Köstenberger & Terry Wilder, Nashville, TN: B&H, 2010), 177, identifies a “new consensus” that reconstructs the early church’s polity, claiming, “The church was led by the free movements of the Spirit and not by static legal codes.” The “new concensus” claim is no view of polity.

[9] Greg Wills, “The Church: Baptists and Their Churches in the Eighteenth and Nineteenth Centuries,” in Polity: Biblical Arguments on How to Conduct Church Life (ed. Mark Dever; Washington, D.C.: Center for Church Reform, 2001), 20-21.

[23] Peter O’Brien, The Letter to the Hebrews, PNTC, D.A. Carson, ed. (Grand Rapids, MI: Eerdmans, 2010), 515, explains that the term ‘leaders, hJgoume÷noiß–‘those who are leading,’ was used within the Greco-Roman world, describing, “men in different positions of leadership,  while later Jewish sources associated leaders with elders who looked after the affairs of the community without defining their roles.” Hence, this verse indicates plural elder leadership.

[25] Wayne Grudem, Systematic Theology: An Introduction to Biblical Doctrine (Grand Rapids, MI: Zondervan, 1994), 912, makes the point: “There is quite a consistent pattern of plural elders as the governing group in New Testament churches.”

[27] Brand and Norman, Five Views, 11-15; note the transition to a three-tiered hierarchy.

[32] Akin, “Single-Elder,” 71, asks concerning monthly business meetings, “Where is this found in the Bible?”