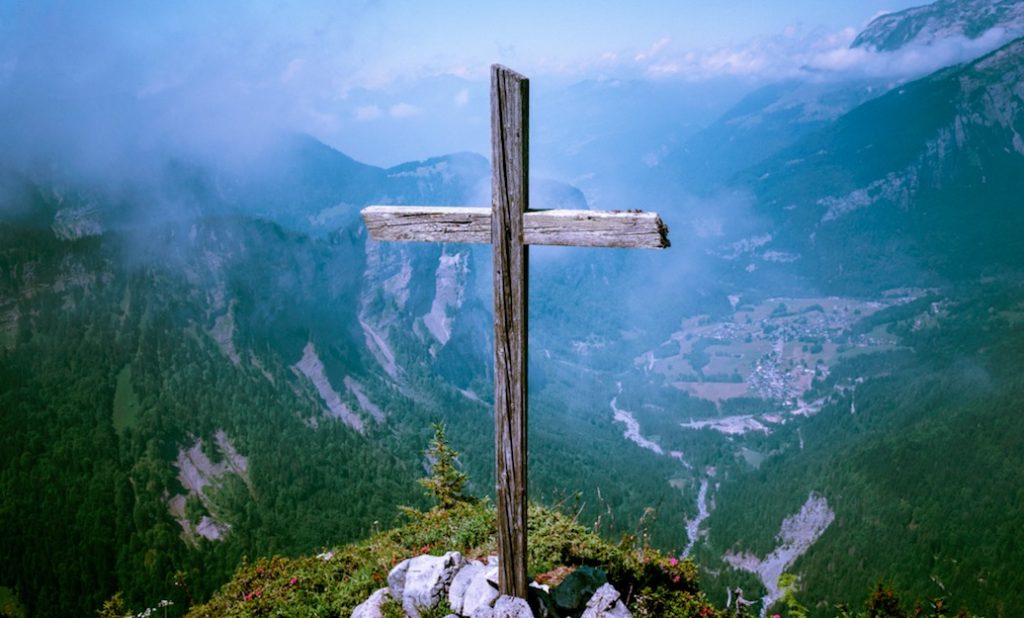 When the Protestant Reformers recovered the doctrine of justification by grace alone through faith alone on the basis of Christ alone, they recovered the heart of the gospel. By the 1600’s, heirs of the Reformation learned that the doctrine of justification by faith alone was not merely supported by exegesis of a few texts of Scripture (eg., Rom 3:28, Gal 2:15-16), but by the Bible’s overarching covenantal structure. Furthermore, the Bible’s covenant theology shows how this great doctrine of justification is not alone, but ever accompanied with sanctification.  Historic Protestant and Baptist covenant theology, sometimes called federal theology, preserves both gospel blessings.

1. The Covenant of Works. Reformed covenant theology teaches that the New Testament shows that God made a covenant with Adam in the Garden of Eden. Because God created Adam in His own image, he was created in knowledge, righteousness and holiness (Eph 4:24; Col 3:10), which means that Adam had the work of the moral law, the Ten Commandments, imprinted on his nature.

Romans 2:14-15 says, “For when the Gentiles, who do not have the law, by nature do what the law requires, they are a law to themselves, even though they do not have the law. They show that the work of the law is written on their hearts, while their conscience also bears witness.”

Adam was the first Gentile (Lk 3:38), made in God’s image, which means that the “work of the law” was written on Adam’s heart.

But what law is Paul talking about in Romans 2? Paul goes on and lists some of the laws of the Ten Commandments, including the commands against “stealing” (Rom 2:21), “adultery” (Rom 2:22), and idolatry (Rom 2:22). Paul even distinguishes this moral law of the Ten Commandments from the “positive law” (law that is uniquely posited by God in each distinct biblical covenant) in verse 26, where he says it is possible to “keep the law” without being “circumcised.” Thus, Adam had the work of the moral law of God, the Ten Commandments, written on his heart by nature, but not the Old Covenant positive laws. And the sinfulness of Adam’s disobeying God’s command not to eat of the tree of the knowledge of good and evil was rebellion against God, which is a moral transgression against the Ten Commandments.

God created Adam and put him in the Garden of Eden, and required of him perfect obedience to the whole moral law of God (the Ten Commandments). His obedience to the Ten Commandments would be tested by whether or not he obeyed the positive law of the covenant of works (not eating of the tree of the knowledge of good and evil). If Adam had passed the test and fulfilled all righteousness by perfect obedience to the law, he would have been justified, granted eternal life, and glorified. Of course, Adam sinned against God’s good law, and as a result, Adam and all of his posterity were condemned and became justly liable to eternal punishment in hell. Because of Adam’s failure in the covenant of works, those who descend from him by ordinary generation inherit from him a sinful nature that rebels against the work of the moral law written on their hearts (Rom 5:12, 18-19). The Bible refers to the covenant of works in a number of places (eg., Is 24:5-6; Hos 6:7).

The Second London Baptist Confession clearly teaches that there was such a covenant with Adam in the Garden. The confession says, “Although God created man upright and perfect and gave him a righteous law, which had been unto life had he kept it, and threatened death upon the breach thereof . . . [Adam] did willfully transgress the law of their creation, and the command given unto them in eating the forbidden fruit” (6.1). In another place, the confession says, “The distance between God and the creature is so great, that although reasonable creatures do owe obedience unto Him as their creator, yet they could never have attained the reward of life but by some voluntary condescension on God’s part, which He hath been pleased to express by way of covenant” (7.1). Finally, it speaks of the covenant of works by name: “The covenant of works, being broken by sin, and made unprofitable unto life” (20.1).

In summary, the covenant of works promised justification and eternal life to Adam on the condition of perfect obedience to the law of the Ten Commandments, which was imprinted on his nature, and obedience to the positive law of the Garden of Eden, which God revealed by way of covenant.

The covenant of redemption was an arrangement, principally between the Father and the Son, about the redemption of the elect. Our Lord Jesus covenanted with the Father to do what Adam failed to do. As a substitute for the elect, Jesus agreed to obey the Ten Commandments perfectly to merit justification, and to suffer condemnation and death to satisfy the penalty of the violated law. For Christ, this covenant of redemption was a covenant of works, not a covenant of grace. He had to obey the terms of this covenant in order to satisfy the law’s penalty of death and to earn the law’s blessing of life, and His resurrection proves that He earned justification and eternal life for all His beloved chosen people. This is Christ’s substitutionary work of perfect law-keeping, which is the very basis of free and gracious justification by faith alone. Jesus did what Adam and his descendants failed to do so that we only need to trust Him to be justified and reconciled to our holy God. Christ’s perfect obedience in the covenant of redemption also merited the work of the Holy Spirit within the elect to give them the subjective experience of life in sanctification.

The Second London Baptist Confession teaches the covenant of redemption between the Father and the Son. It says “This covenant is revealed in the gospel . . . and it is founded in that eternal covenant transaction that was between the Father and the son about the redemption of the elect; it is alone by the grace of this covenant that all of the posterity of fallen Adam that ever were saved did obtain life and blessed immortality, man being now utterly incapable of acceptance with God upon those terms on which Adam stood in his state of innocency” (7.3).

“Therefore, he is the mediator of a new covenant, so that those who are called may receive the promised eternal inheritance, since a death has occurred that redeems them from the transgressions committed under the first covenant. For where a will is involved the death of the one who made it must be established. For a will takes effect only at death, since it is not in force as long as the one who made it is alive” (Hebrews 9:15-17).

Sanctification. In union with Christ, God regenerates and produces a progressive holiness in believers on the basis of Christ’s merits in the covenant of redemption (Rom 8:10). Christ’s work in the covenant of redemption earned life and freedom from sin and its miseries for His chosen bride, which is why the Spirit gives the elect freedom from actual sins in the covenant of grace. That means, He makes them to walk in His law (Rom 8:4). They freely and willingly keep the Ten Commandments from the heart. In Hebrews 8:10 God says that in this covenant of grace “I will put my laws into their minds and write them on their hearts.” The term “sanctification” here stands for every subjective blessing in union with Christ, including regeneration, preservation, and glorification.

The Second London Baptist Confession speaks of the covenant of grace: “Moreover, man having brought himself under the curse of the law by his fall, it pleased the Lord to make a covenant of grace, wherein He freely offereth unto sinners life and salvation by Jesus Christ, requiring of them faith in Him, that they may be saved; and promising to give unto all those that are ordained unto eternal life, His Holy Spirit to make them willing and able to believe” (7.2).

The Covenant of Works: The Law as a Covenant
Adam broke the law of God in the covenant of works and brought the curse of condemnation and actual sinfulness upon himself and his posterity.

The Covenant of Redemption: The Gospel Accomplished
But Christ obeyed the law of God in the covenant of redemption and purchased the resurrection life of justification (a righteous law status) and holiness (actual lawfulness) for His people.

The Covenant of Grace: The Gospel AppliedC
The Holy Spirit applies Christ to God’s chosen people by uniting them to Christ in the covenant of grace and giving them the double blessing of justification and sanctification. In justification, the law’s curse is cancelled and righteousness is imputed, giving them the right and title to eternal life. In sanctification, the Spirit works actual holy obedience to God’s good law in those united to Christ in the covenant of grace, making them more and more like Christ for their joy and His glory.