Does God Love Everyone The Same? 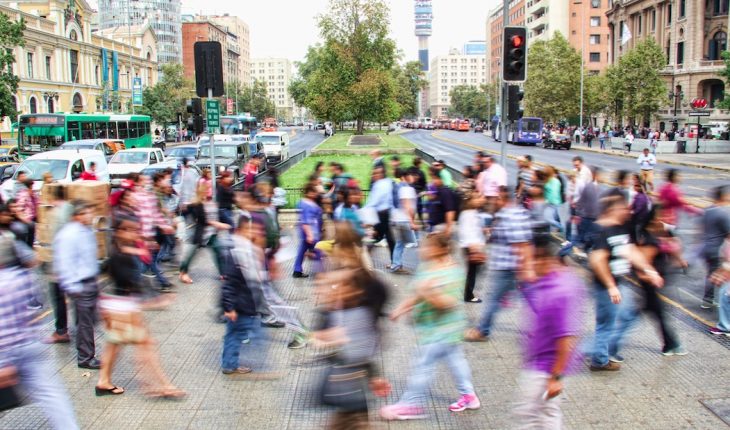 One of the most common theological questions I’ve been asked as a pastor and professor goes something like this: Does God love everybody in the same way? In other words, did he love Nero to the same degree he loves Billy Graham? Does he love those who reject him the same he loves his redeemed children? Does God hate the sin, but love the sinner?

Too often I’ve heard simplistic answers to this complex question. Historically, one theological camp has answered with an unqualified yes, while some in another offer an unqualified no. Yet truth often lies in the details. What is the meaning of “world”? Is John 3:16 the lens through which every other verse must be read?

1. God’s intra-Trinitarian love between the Father and the Son

God’s intra-Trinitarian love not only marks off Christian monotheism from all other monotheisms, but is bound up in surprising ways with revelation and redemption. John’s Gospel is especially rich in this theme (e.g., John 3:35; 5:20). This intra-Trinitarian love is expressed in a relationship of perfection between the Father and the Son, untarnished by sin on either side. However much this intra-Trinitarian love serves as a model of love to be exchanged between Jesus and his followers, there is no sense in which the love of the Father redeems the Son, or the Son’s love is expressed in a relationship of forgiveness granted and received.

As precious as this expression of God’s love is, an exclusive focus here takes too little account of how God manifests himself toward his rebellious image-bearers in wrath, in love, and on the cross.

2. God’s providential love over his creation

Though the Bible largely refrains from using the word “love” in this connection, the theme is not hard to find. God creates everything, and before there’s a whiff of sin he pronounces all he’s made “good” (Gen. 1). This is the product of a loving Creator. Jesus depicts a world in which God clothes the grass of the field with the glory of wildflowers seen by no human, perhaps, but seen by God.

The lion roars and hunts down prey, but God feeds it. The birds of the air find food, and not a sparrow falls apart from the sanction of the Almighty (Matt. 6). If this were not a benevolent providence, a loving providence, then the moral lesson Jesus drives home—that this God can be trusted to provide for his people—would be incoherent.

God so loved the world that he gave his Son (John 3:16). Some try to take kosmos (“world”) here to refer to the elect, but that really will not do. All the evidence of the word’s usage in John’s Gospel works against the suggestion. “World” in John refers more to badness than to bigness. It’s primarily the moral order in willful and culpable rebellion against God. In John 3:16, God’s sending love is to be admired not because it’s extended to so big a thing as the world, but to so bad a thing; not to so many people, but to such wicked people.

Nevertheless, John can elsewhere speak of the “whole world” (1 John 2:2), bringing bigness and badness together. More importantly, the disciples themselves once belonged to the world but were drawn out of it (e.g., John 15:19). God’s love for the world cannot be collapsed into his love for the elect.

The elect may be the entire nation of Israel or the church as a body or individuals. In each case, God sets his affection on his chosen ones in a way he doesn’t set his affection on others.

The fourth way of speaking of God’s love is unlike the previous three. And this discriminating feature of God’s love surfaces frequently. “I have loved Jacob, but Esau I have hated,” God declares (Mal. 1:2–3). Allow all the room you like for the Semitic nature of this contrast, observing the absolute form can be a way of articulating absolute preference, and yet God’s love in such passages is peculiarly directed toward the elect.

5. God’s love for his people—conditioned on obedience

Obedience is part of the relational structure of knowing God; it doesn’t have to do with how we come to know him, but with our relationship with him once we know him. Jude exhorts his readers, “Keep yourselves in God’s love” (Jude 21), leaving the unmistakable impression that someone might not keep himself in God’s love.

“To draw a feeble analogy,” Carson writes, “there is a sense in which my love for my children is immutable, regardless of what they do. There is another sense in which they know well enough that they must remain in my love. If my teenagers break curfew for no good reason, the least they will experience is a bawling out, and they may come under some restrictive sanctions. There is no use reminding them that I am doing this because I love them. That is true, but the manifestation of my love for them when I ground them and when I take them out for a meal or attend one of their concerts or take my son fishing or my daughter on an excursion of some sort is rather different in the two senses. The latter will feel much more like remaining in my love than falling under my wrath.”

Carson offers three pastoral warnings about how we approach the love of God:

1. We must avoid absolutizing one biblical expression of God’s love. Placing exclusive emphasis on God’s electing love could lead to a cold hyper-Calvinism. If God’s providential love for his creation received sole emphasis, pantheism or another form of monism would result.

2. We must not compartmentalize these ways of articulating God’s love. God must not be viewed as mechanically toggling between the various aspects of his love. He is always loving toward his elect and toward his creation.

3. We must weigh well-worn evangelical clichés on the scales of Scripture. Scripture’s full teaching on God’s love sheds needed light on aphorisms such as “God loves everyone the same way,” or “God loves us unconditionally.” In many places Scripture depicts God’s love as conditioned by obedience, Carson points out. On the other hand, God’s love for his people is unconditional—thanks to the work of Christ.

“We need all of what Scripture says on this subject,” Carson writes, “or the doctrinal and pastoral ramifications will prove disastrous.”

God’s love for sinners should always astound and humble us. It must never be reduced to a merely academic matter. Rightly did the psalmist wonder, “What is man that you are mindful of him, and the son of man that you care for him?” (Ps. 8:4).

God loves his people, his creation, and this fallen cosmos, and that unfathomable truth should lead us to worship him fervently, crying out with the great apostle, “For from him and through him and to him are all things. To him be glory forever. Amen” (Rom. 11:36).