Five Lessons for Preachers from the Prince of Preachers 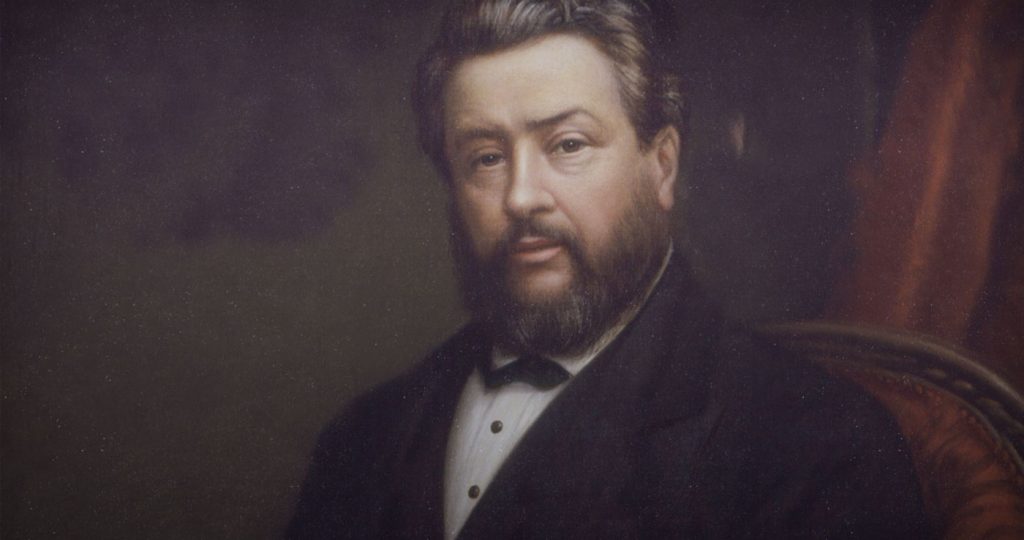 Everyone loves Charles Spurgeon. Even those who feel compelled to edit the Calvinism from his sermons and writings have shown great appreciation for him as a preacher of God’s Word. Little wonder, Spurgeon is a rare gift of God to the church. His life and labors stand like Mont Blanc over the post-Apostolic landscape of the Christian church.

At the celebration of his fiftieth birthday sixty-six organizations that Spurgeon oversaw were listed, including an orphanage and Pastors’ College. Coupled with his writing and personal work these other enterprises joined to make him one of the busiest men in London. Yet, in and through it all, Spurgeon was a preacher. He gave himself to that work above all else.

As such, he has much to teach preachers today. Following are five lessons I have learned from Spurgeon.

During a season of sickness the South African Dutch Reformed minister read a volume of Spurgeon’s sermons and was greatly helped by them. He concluded that the secret to their power was their clear emphasis on the person of Christ. “The Lord Jesus was to him such an intense, living reality, he believed so in His nearness and presence and the wonderful love with which he loves us, that the hearer felt that he spoke out of living experience of what he had seen and heard…. In the fullest sense of the word, ‘he ceaseth not to teach and to preach Jesus Christ.’”

This was his constant counsel to the students at his Pastors’ College as well as to his fellow laborers in pastoral ministry. To the former he said, “Preach CHRIST always and evermore.  He is the whole Gospel.  His person, offices, and works must be our one great, all-comprehending theme.” He admonished the latter, “Give the people Christ, and nothing but Christ. Satiate them, even though some of them should say that you also nauseate them with the gospel”

Spurgeon was severely criticized because he did not practice Victorian pulpit etiquette. That is, he preached without pretenses. He charged his students, “Be yourselves and not anybody else.” Studied oratory is the death-knell of preaching and a sermon should not be delivered as if it were a work of literature. Jesus did not say, “Go and read the gospel to every creature.” This caused Spurgeon to say, “Give us sermons, and save us from essays!”

One reporter described Spurgeon’s preaching in the following words “As soon as he begins to speak he begins to act; and that, not as if declaiming on the stage, but as if conversing with you in the street. He seems to shake hands with all round, and put everyone at his ease.”

A man should be who he is both in the pulpit and out.

Spurgeon learned courage as a young boy and it characterized his life and preaching for all of his ministry. He had no tolerance for what he called “putty-men who are influenced by everybody, and have no opinions except those of the last person they met” or the “weathercock brethren–men whose religious opinions veer with the prevailing doctrinal current in their neighborhood.”

He demonstrated courage when he preached against the Church of England’s confessional statement in a sermon on Baptismal Regeneration in 1864 as well as in sermons against the doctrinal downgrade he saw afflicting the Baptist Union in 1887-91. His stand during the latter controversy took its toll on his health. His wife estimated that it took ten years off of his life.

In an address to fellow-pastors about the “Down-grade” Spurgeon reiterated his resolve to remain unbending before the modern gods of unbelief. He said that he was willing to be “eaten [by] dogs for the next fifty years” because he was confident that the cause was right and that history would vindicate him. Better to suffer the loss of life itself for the cause of God and truth than to be cast upon “that foul dunghill which is made up of cowards’ failures and misspent lives. God save both thee and me from that disgrace!”

Spurgeon regarded a minister who is not earnest as a pitiful creature. This is the most essential quality in a minister for securing success in winning souls. A congregation will forgive a pastor many faults if he is earnest in the pulpit. He told a gathering of city missionaries in London, “You may do without Latin and Greek, you may do without learning, you may do without ten thousand things; but you cannot win souls without earnestness.”

Earnestness in preaching is purchased at a dear cost and can be diminished quite easily. He devotes a whole chapter to this in his Lectures to My Students. One of the great hindrances to earnestness in the pulpit is too much time in the study and too little time among people. Some preachers, he argued, should be locked out of their studies and forced to visit with their people. This would help transform their sermons from productions into desperately needed messages from the Lord.

He argues that every faithful pastor must be willing to pay the price to preach earnestly.

We must be in downright earnest, and must feel the burnings of a zeal which consumes us, or we shall have little force. We must decrease; we must be burning if we would be shining lights. We cannot save our lives and save others; there must be a destruction of self for the salvation of men.

Spurgeon had an experience preaching in Scotland in the early years of his ministry that deeply impressed him of complete dependence on the Holy Spirit when preaching. He lost all sense of the Spirit’s presence and had to admit to the congregation that “the chariot wheels [had been] taken off. From that time he learned that apart from the Spirit’s power, his preaching was useless. He emphasized this point to his fellow pastors.

My brethren, we are at the end of ourselves here. If we aim at the new birth of our hearers, we must fall prostrate before the Lord in conscious impotence, and we must not go again to our pulpits till we have heard our Lord say, “My grace is sufficient for thee: for My strength is made perfect in weakness.”