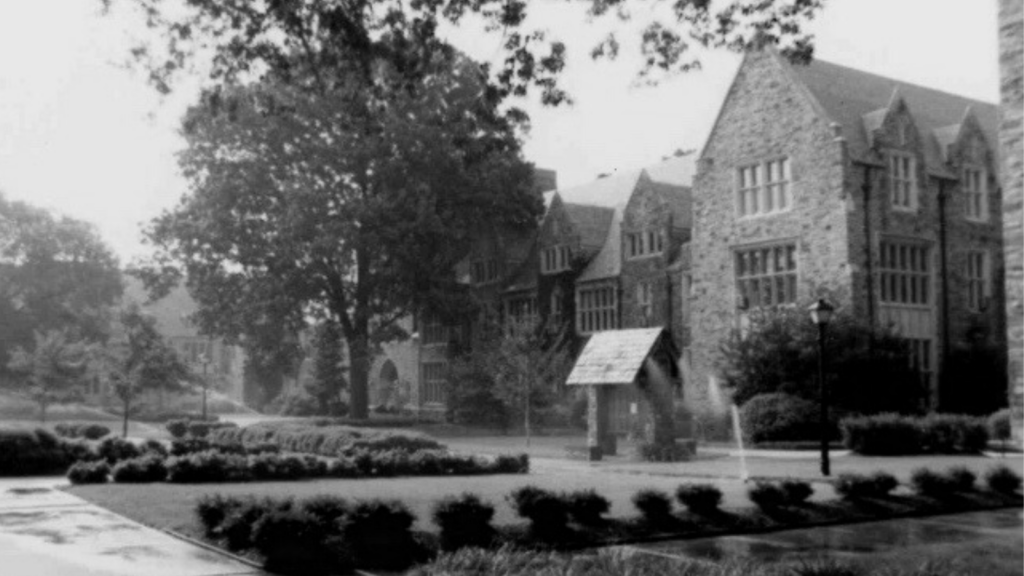 I once heard the late James Boice say, “We tend to overestimate what God will do in one year and greatly underestimate what he will do in twenty.” The truth of this statement was immediately apparent to me as I pondered some of the great works of God in history, like the Protestant Reformation and the modern Baptist missionary movement. But I have continued to grow in my appreciation of its profundity over the last few decades.

Today, November 13, 2022, marks the fortieth anniversary of the day that was the catalyst for the origin of what later became Founders Ministries. I remember that day well. A few weeks before, I received a letter from Ernie Reisinger, who was then serving as pastor of a church on the Southeast coast of Florida. Over the previous four years Ernie had been traveling to the six Southern Baptist seminaries to give away copies of James Pettigru Boyce’s Abstract of Systematic Theology to graduating students.

I enrolled at Southwestern Baptist Theological Seminary in Ft. Worth, Texas in 1979. That next Spring, Ernie was on campus giving away Boyce’s book and I talked him into giving me one despite my first-year status. It was not difficult. Ernie loved to give away good books, especially whenever he sensed an eagerness to read them. Shortly after that, the seminary presidents disinvited him from coming back on their campuses to give away the Boyce book. The stated excuses were lame (“our students are busy preparing for final exams and do not have time to read your book”). A more plausible reason is that more and more students and graduates were actually reading Boyce’s Abstract and were being persuaded that the Bible does in fact teach that God is sovereign in salvation.

The rediscovery of the so-called “Doctrines of Grace” continued to spread and pastors were increasingly contacting Ernie asking for guidance and other resources. In response to this growing interest, he sent invitations to a few men asking us if we could meet with him in the Holiday Inn in Euless, Texas on Saturday, November 13, 1982. By that time I was in my third year as Assistant Pastor at Spring Valley Baptist Church in Dallas. Tom Nettles flew in from Memphis, where he had recently moved to teach at Mid-America Baptist Theological Seminary. Fred Malone and Ben Mitchell, who planted Heritage Baptist Church outside of Ft. Worth, Texas were there. Bill Ascol, Assistant Pastor at Broadmoor Baptist in Shreveport and R.F. Gates, a vocational evangelist in that church joined us after lunch.

The morning was spent in prayer, reading Scripture, and singing. The burden of those prayers was for heavenly wisdom as we considered how best to steward the growing interest in God-centered theology among Baptists. After lunch, the idea of a conference was suggested and we began to work out principles that would govern such a conference. I recently reread minutes of those deliberations and was struck again at the Lord’s kindness in directing our plans.

We agreed that the motive for such a conference was “to glorify God, honor His gospel, and strengthen His churches.” This was to be done by providing encouragement “in historical, biblical, theological, practical and ecumenical studies.” We also adopted statements on the purpose and theological foundation of the conference.

The purpose is to be a balanced conference in respect to doctrine and devotion expressed in the doctrines of grace and their experimental application to the local church, particularly in the areas of worship and witness. This is to be accomplished through engaging a variety of speakers to present formal papers, sermons, expositions, and devotions, and through the recommendation and distribution of literature consistent with the nature of the conference.

The theological foundation of the conference will be the doctrines of grace: election, depravity, atonement, effectual calling and perseverance and specifically related truths. These subjects will be presented doctrinally, expositionally, homiletically and historically. Each conference will concentrate on the experimental and pastoral application of the respective doctrines.

The name we adopted was “The Southern Baptist Conference on the Faith of Our Founders.” Within a few years it was mercifully shortened to the “Founders Conference.” Though our context was Southern Baptist and all of the original board members were in SBC churches, our concerns, vision, and fellowship have from the outset been much broader than the SBC. This became more evident as other ministries began to arise from the annual conference (such as a quarterly theological journal, website, publication of books, and an online Study Center) and our name officially changed to “Founders Ministries.”

The first twenty years witnessed the initiation of all those additional ministries and they were born in the face of what was sometimes steep opposition—not only from the liberals and progressives within the Baptist and evangelical world but also from fellow conservatives, including at times even those who claim to share our confessional theology. In and through it all the Lord has faithfully guided our steps and helped us to stay true to our convictions. That is not to say that there have been no missteps but, by His grace, I can say that He has kept us on the path that we charted from the beginning to work for the recovery of the gospel and the reformation of local churches.

Much has been accomplished over the last forty years—far more than we could have anticipated that Saturday in Euless. But there is yet much, much more to do. I am convinced that the brightest and most useful days of Founders Ministries lay before us. No small part of that is due to the recent establishment of the Institute of Public Theology (IOPT). With a faculty that is second to none, a vision that timely and aggressive, and a need that is becoming more evident by the semester, IOPT is poised to serve future generations of churches by training men to be church leaders who not only understand the gospel fluently but also are unashamed of it and unafraid to proclaim and defend it in the public square.

Zecharaiah 4:10 warns against despising the day of small things. Seven largely obscure men meeting in a nondescript hotel room forty years ago fits that category. Yet, He has done more than any of us could have ever imagined.

Thank you for all who have partnered with us in this ministry over those years. Please continue to pray for the Lord’s blessings as we continue to work for the recovery of the gospel and the reformation of local churches. If you would like to be a part of what Founders Ministries and the Institute of Public Theology are doing, click this link for more information on a special opportunity for the month of November.

The 2023 Founders Conference will feature a special panel of Bill Ascol, Fred Malone, Tom Nettles, and Tom Ascol in recognition of God’s forty years of faithfulness to Founders. 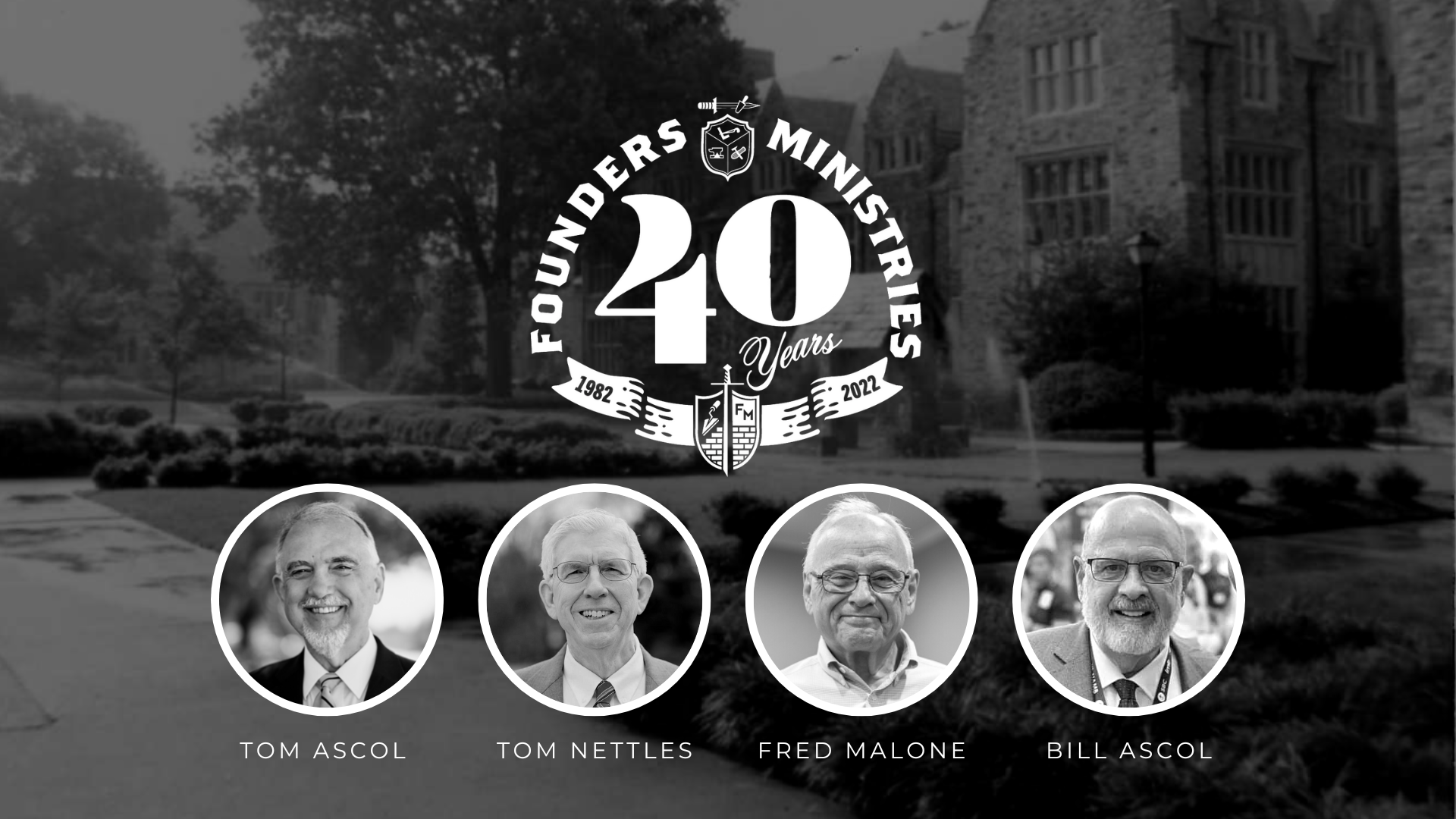 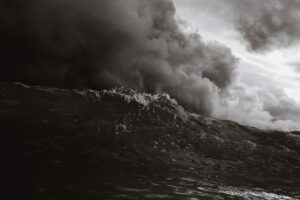 The Message of Hurricane Ian 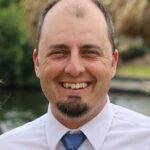 Travis McSherley
Get Founders
in Your Inbox
A weekly brief of our new teaching resources.