Fuller and the Atonement (Part 1): "It is Enough that Jesus Died" 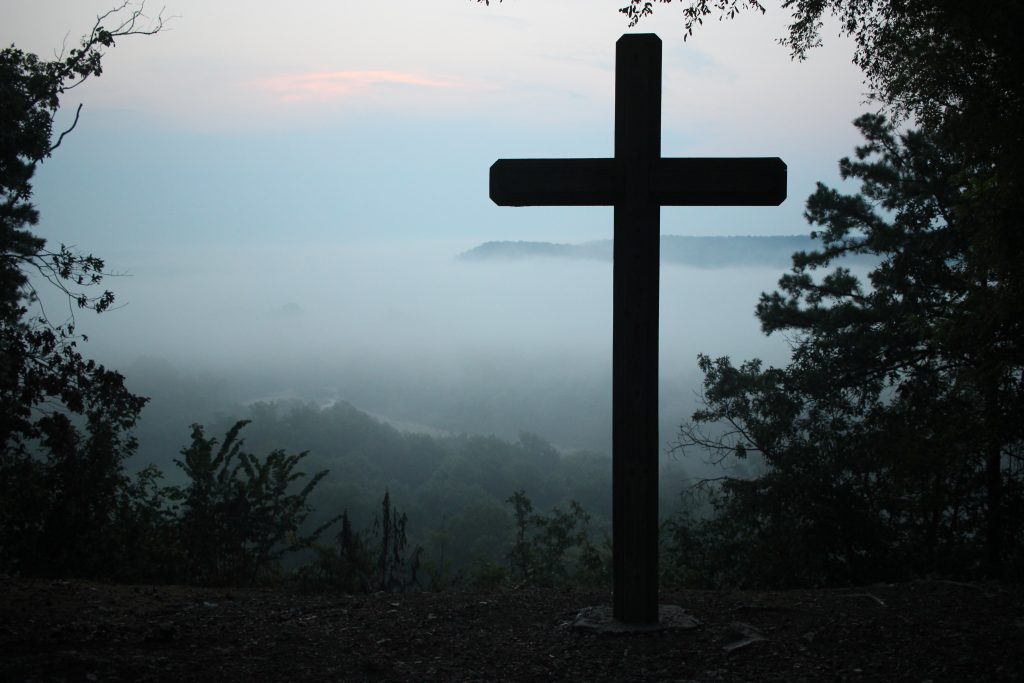 “The Son of God appeared—took our nature, obeyed the law, and endured the curse, and hereby made full and proper atonement for the sins of his own elect.” So confessed Fuller in 1783 at his installment as pastor at Kettering. In Fuller’s discussion of the atonement in 1785 in the first edition of The Gospel Worthy, subheaded as “Concerning Particular Redemption,” Fuller pointed to an objection based on the supposed absurdity that “God can have made it the duty of any man to believe in Christ for the salvation of his soul, or that he can have promised salvation to him on his so believing, when all the while his salvation was not the end for which he died.”i The Table of Contents described his argument in these words: “If faith were a believing Chirst [sic] died for me in particular, this objection would be unanswerable.” The second statement of the summary asserted, “No necessity for the party knowing his particular interest in Christ’s death in order to believe in him, or for his having any such interest to render it his duty.” Fuller’s basic argument in the first edition is that, at the time of “his first coming to Christ,” a person “knows of no particular interest” he has in the death of Christ, “or that he should have such an interest at all, in order to make it his duty.”ii

While in unbelief, no sinner can have assurance that Christ has died for him. When Fuller argued, “It appears equally evident, that there is no necessity, in the nature of the thing, for the party to have any interest in Christ’s death, in order to make trusting in him his duty,”iii he emphasized that a sinner’s duty to believe the gospel does not depend on an actual provision having been made for him. The argument hypothesizes that for the non-elect the death of Christ includes nothing from which they could find forgiveness should they came to him for such; for them he was neither substitute, sacrifice, nor propitiation. Given such a case, even if a supplicating sinner could view the content of forgiveness procured by the death of Christ and upon such a view found that no investment for the forgiveness of his sins was made, still the only proper and dutiful posture for him is the supplication of mercy, for receiving mercy is the only path to a restoration of dutiful submission to the governing prerogative of God.

This particular part of his argument he abandoned upon being challenged by Dan Taylor. The supposition of no-interest, deemed in later writings as the “commercial” view, behind this argument was hypothetical for Fuller. His main contention was that knowledge of peculiar inclusion in the saving intent of God did not logically precede one’s duty to believe the gospel and approach God as a suppliant for mercy. Without defending the view, for the sake of argument, Fuller assumed a quid pro quo pattern while still asserting the sinner’s duty to believe. His defense of duty allowed for this way of envisioning the particularity of Christ’s redemptive work. It is not at all certain that Fuller actually believed, at the time of the publication of the Gospel Worthy, what he later called the “commercial” view of the atonement, but it is clear that he did not reject it as inconsistent with the free offer of the gospel.

The second edition of GWAA written in 1801, no longer defended that particular hypothetical consideration. Fuller stated that the commercial view “might for all I know, be inconsistent with indefinite invitations.”iv In the first edition, he earnestly contended that neither knowing one’s inclusion nor having inclusion in Christ’s death altered the pre-existing duty to believe, or trust, in the Christ of the gospel. This language indicates two distinct options in the understanding of God’s purpose in limiting the efficacious results of Christ’s death.

Very quickly after the appearance of Gospel Worthy, Fuller limited his defense to only one of these implied options as a clear expression of his personal theology. This came as a response to the challenge from Dan Taylor, a General Baptist, in a book entitled Reply to Philanthropos, published in 1787. Fuller, in an 1803 letter to John Ryland Jr., recounted the impact that Taylor’s argument had on him. “I freely own that my views of particular redemption were altered by my engaging in that controversy.”v He sought to answer Taylor “without considering the sufficiency of the atonement in itself considered” as a sufficient ground for universal gospel invitations, but could not justify it. He found Taylor’s reasoning and Scripture itself blocking his way for that specific defense, and therefore adopted a view that omitted any justification of the “no interest” or “commercial” view as a ground for general exhortations to apply to Christ for forgiveness of sins.

His Reply to Philanthropos, therefore, described his understanding of the Calvinist view of atonement, now focused only on one option that he defended in the first edition of Gospel Worthy. To Taylor he noted that “Calvinists in general have considered the particularity of redemption as consisting not in the degree of Christ’s sufferings, (as though he must have suffered more if more had been finally saved,) or in any insufficiency that attended them, but in the sovereign purpose and design of the Father and the Son, whereby they were constituted or appointed the price of redemption, the objects of that redemption ascertained, and the ends to be answered by the whole transaction determined.” In themselves considered, the sufferings of Christ are of “infinite value, sufficient to have saved all the world, and a thousand worlds, if it had pleased God to have so constituted them the price of their redemption, and to have made them effectual to that end.” On this basis “there is in the death of Christ a sufficient ground for indefinite calls and universal invitations.”vi

That being established, Fuller, nevertheless, discussed a multiplicity of scripture passages and images under seven headings that demonstrated that “there was a certain, absolute, and consequently limited design in the death of Christ, securing the salvation of all those, and only those who are finally saved.”vii He interpreted such passages as 1 John 2:2 and 1 Timothy 2:6 (“propitiation for the whole world”, “Ransom for all” and other passages that included such universal language) to be indefinite terms (that is, not indicative of an absolute inclusion of every individual person in the world) designed to show that Christ ransomed Gentiles no less than Jews as well as all classes of men politically and socially. In detail, however, he maintained that the language “expressed what is true only of those who are finally saved,” that is, specifically efficient for those that God predestined for salvation.viii

In his next response to Taylor, The Reality and Efficacy of Divine Grace,ix Fuller revisited this particular point. In letter IX, Fuller explained his view that Christ’s death, while sufficient by nature for the forgiveness of the sins of all persons in the world, was, at the same, specifically designated as an effectual remedy for the elect only. Such discrimination is entirely the prerogative of God and he cannot be accused of a lack of love in doing what he does out of pure grace, as long as his treatment of others is not inconsistent with holy justice. Fuller claimed that his discussion was designed only to demonstrate “the consistency of a limitation of design in the death of Christ with the indefinite call of the gospel.”x Should the whole world consent to return to God by submission to the gospel conditions, none need fear that any insufficiency in Christ’s death would render it unjust to receive him. “All the limitation I maintain in the death of Christ,” Fuller reminded Taylor, “arises from pure sovereignty; it is a limitation of design,”xi while any person bidden to come, will find, if he comes, a full and abundant provision for his reception.

The design, however, in the covenantal determination of those for whom Christ would actually die with the intent to save was limited to a certain people. “All I suppose,“ Fuller continued to maintain, “is that provision was not made effectually to persuade every one to embrace it; and that, without such effectual persuasion, no one ever did, or will, embrace God’s way of salvation.”xii Letter XII of the same work gives further insight on Fuller’s method of argument. He wrote, “Now admitting that I am mistaken in my supposition . . . nothing follows from it but that I have misunderstood certain passages of Scripture, by considering them as conveying an indefinite, but not a universal idea.” That merely establishes what was already admitted “that a way is opened, by the death of Christ, for the salvation of sinners, without distinction; and that any man may be saved, if he is willing to come to Christ.” Other parts of Taylor’s argument Fuller flatly denied and again insisted, “All I contend for is that Christ, in his death, absolutely designed the salvation of all those who are finally saved; and that, besides the objects of such absolute design, such is the universal depravity of human nature, not one soul will ever believe and be saved.”xiii He then reaffirmed his original interpretation of the passages in question with their particular application to those that God determined to save and for whom he made “an effectual provision of grace.”xiv

In every instance, Fuller reiterated an exegetical principle and specific interpretations that Taylor “has not sufficiently answered.”xv For one to point to this language (“Admitting that I am mistaken in my supposition”) as showing that Fuller altered his understanding of the atonement so as to agree with Taylor, misses the nature of Fuller’s argument and ignores his reaffirmation of the original position. Fuller’s method of argument involved a hypothetical concession to show that nothing would be gained by the opposition in making the concession. “Letter XII” shows no further change in Fuller’s view but a reaffirmation of it and a clarification of the purpose of his argument.

This issue, however, was not yet over, and Fuller had, not only more engagement looming before him, but more clarification.