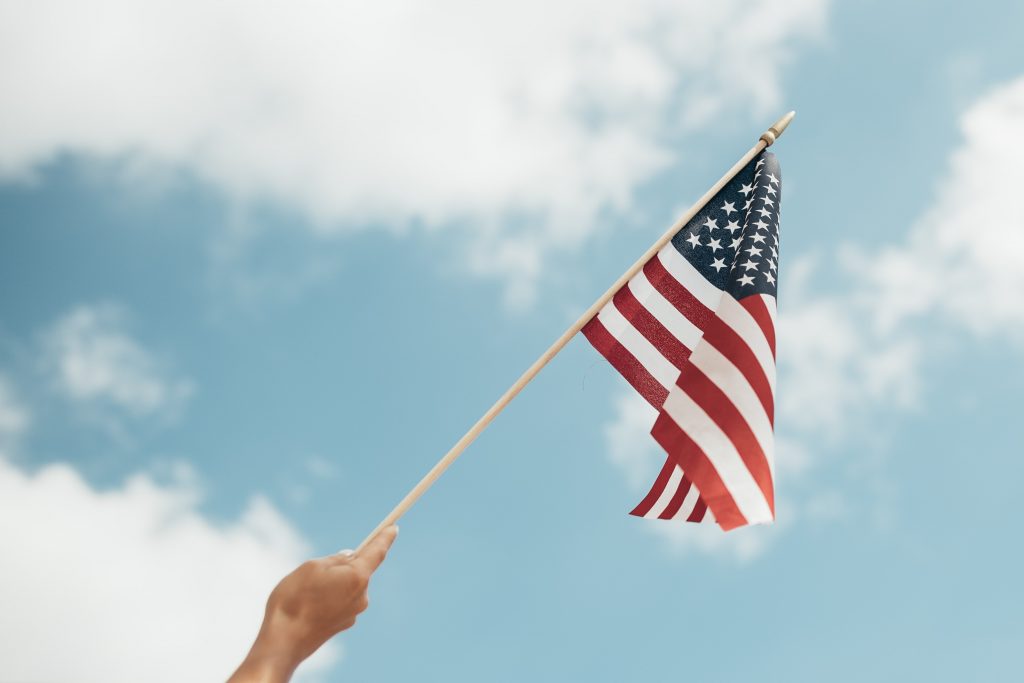 Earlier this week I had the humbling privilege to preach the funeral of a United States Air Force veteran. He enlisted at age 17 and died at age 88. He was a true Christian patriot who deeply loved his country.

As I stood at the head of the casket that cradled his worn out body, heard Taps played by the lone bugler, saw American veterans, at attention, holding US flags that waved in the breeze, and watched the two airmen remove the flag that draped the casket, fold it, and present it to his widow, my heart was overcome with thanksgiving and sorrow. I thanked the Lord that I was born and raised in this nation, and that men and women have fought and died to keep secure the God-given freedom that we enjoy and often take for granted here. And I grieved over the sad displays over the last several weeks of hatred for this nation by ignorant anarchists and the mobs that they have inspired to riot, murder and loot in the name of “justice.”

When I look at what our nation has become, I trust that I do so with eyes that are not covered with rose-colored glasses. Our nation has many national sins for which we must repent. Injustices and godlessness have marked every branch of government and every sphere of civic life in official and unofficial ways. But when I hear people complain about the United States being a wicked, perverse nation that is built on nothing but sin and destructive colonialism, I cannot help but ask the question, “Compared to what?” Another way to ask it is, “By what standard?”

Compared to the Word of God’s prescription for nations, of course, the USA falls far short. Therefore, those of us who know the Lord must boldly, regularly, and fearlessly, call on our civil leaders to see themselves as servants of God and to fear Him, obey His commandments, and lead this nation in paths that are right, good, and true according to His revealed will.

But compared to other nations of the world, America is still a great nation. Thousands flock to migrate here each year because of that fact. I often wish that the most ardent critics of the United States, especially those who are currently advocating for socialism and its uptopian lies, would be given the opportunity to live in a place like Venezuela, or Cuba, or China for six months. While I have not had that experience, I have visited Communist countries, fellowshipped with believers who live in them, observed their governmental policies, and witnessed first-hand the oppressive practices and punishing consequences. Each time, upon returning home, I rejoice and praise God for the United States of America.

A few years ago I had a conversation with a pastor friend who is more sympathetic to the Social Justice movement than I am. He said that one interesting thing that has happened to him as he has become involved in that movement is that his appreciation for his earthly citizenship has diminished as his appreciation for his heavenly citizenship has increased. “I never realized before,” he said, “how attached I was to being an American.” I laughed as I explained that something not quite opposite but certainly different had happened to me. In my efforts to stand against the godless elements that I see in the Social Justice movement I have discovered that, while I still remain supremely devoted to my heavenly citizenship, my appreciation for my American citizenship has steadily increased.

This nation is far from perfect. But it has been blessed of God and has, under that blessing, accomplished great good for the nations of the world across its history. I want to see it preserved, under God’s grace. I want to see the gospel revived within its borders. I want to see the churches of this land biblically reformed according to the Word of God. I want to see that righteousness that exalts a nation prevail.

To that end, I want to be the best kind of patriot. There will be no flag-draped casket at my funeral. No one will play Taps. No military servicemen will present a flag to my widow “on behalf the President of the United States and a grateful nation.” But I hope that on that occasion it can be said that I died as a man who, under God’s grace, loved His Savior supremely, and out of a sincere love for his neighbor, loved and sought the spiritual welfare of his nation.