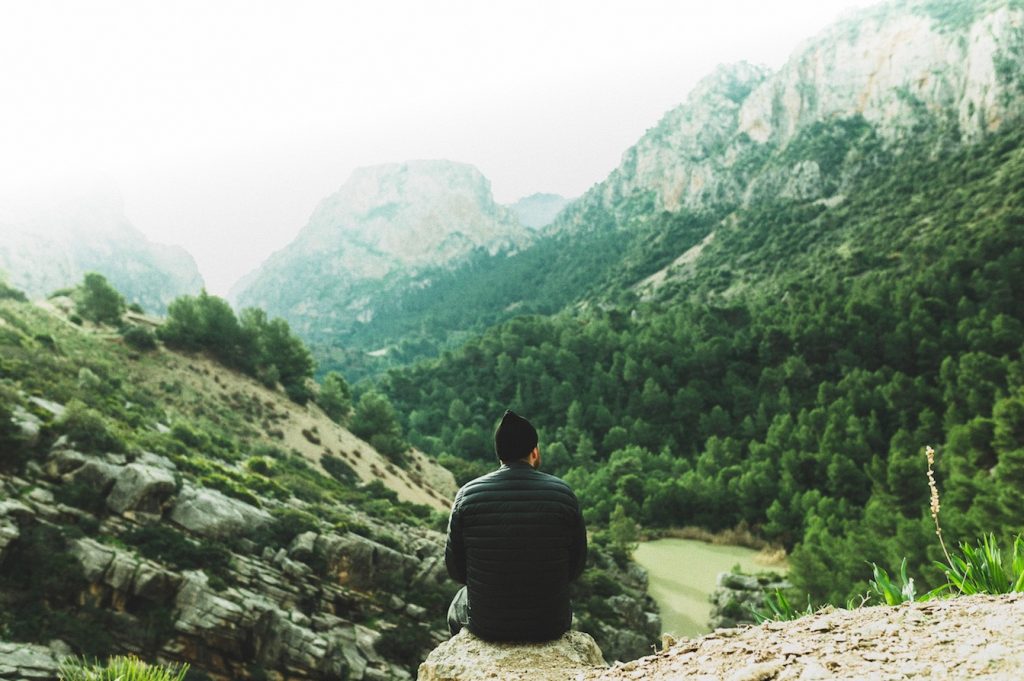 That remark with attached comment can be heard quite often among Christians. We generally consider it as just a figure of speech common in Christian circles to express a feeling, a sense, an impression, or a leading that one believes has come from God. But while using that phrase, such a statement isn’t construed as divine revelation.

But not all see it that way. Some consider inner words from God or revelations as certain, even authoritative. Do they put it on par with Scripture? Perhaps they would not make that claim but when they give any authority to personal revelations there’s the dangerous tendency to lean away from sola Scriptura toward mysticism, and maybe worse.

That practice has been around for a long time. But longevity doesn’t equate to validity.

In a 1524 sermon, Thomas Müntzer compared himself to the prophets Jeremiah and Daniel as he preached before Duke John (Frederick the Wise’s brother, Luther’s protector), his son, and other officials. His sermon from Daniel 2 aimed to rally the noblemen to use force in bringing about reformation. Martin Luther had taken a more patient process of letting the exposition of Holy Scripture do the work of reformation, famously quipping, “I did nothing more than pray and preach. The Word did it all. If I had wished, I could have started a riot at Worms. But while I sat still and drank beer with Melanchthon and Amsdorf, God dealt the papacy a mighty blow.”

But Müntzer considered that to be disobedience and failure on the part of Luther. While not denying Scripture or its power, Müntzer indicated that revelation must accompany Scripture. By revelation, he wasn’t referring to the illuminating work of the Spirit as the student of the Word digs into the biblical text. Here’s how he put it. “If we are, however, to recognize the rightfulness of him [referring to Christ], we must be daily conscious of the [fresh] revelation of God.” He claimed that such revelation had “become quite precious and rare in this wicked world,” shifting blame, to some degree on Luther and his companions insistence on sola Scriptura to the neglect of revelation partnering with Scripture. He chided, “They teach and say that God no longer reveals his divine mysteries to his beloved friends by means of valid visions or his audible Word, etc. Thus they stick with their inexperienced way . . . and make into the butt of sarcasm those persons who go around in possession of revelation, as the godless did to Jeremiah.” Then, taking on the mantle of Daniel before Nebuchadnezzar, he hinted that in the same way that God warned the ancient Babylonian king—through revelation given to Daniel—he was warning these Saxon rulers.

The sermon goes on to rebuke Luther and his colleagues for attacking the Holy Spirit’s “handiwork” given through revelation. “Such learned divines are soothsayers who then publicly repudiate the revelation of God and thus attack the Holy Spirit at his handiwork. . . . Therefore it is not the habit of pious people to reject the good with the bad, since Saint Paul says to the Thessalonians (I, ch. 5:20–22): Despise not prophesyings. Prove all things; hold fast that which is good, etc.” In Müntzer’s thought, to deny what he claimed as revelation, would be the act of despising prophetic utterances, thus quenching the Holy Spirit (1 Thessalonians 5:19–20).

How strongly did Müntzer believe that he spoke with revelation from God? He attacks the use of reason (“natural light”) and searching the Scripture (“improvised help with pilfered [passages of] Scripture”) as adequate for interpreting the meaning of a text. So he would have rejected, “The infallible rule of interpretation of Scripture is the Scripture itself.” Instead, he called for feeling “the operation of the divine Word spring[ing] out of his own heart.” Such a one receiving revelation “need not put up with the stagnant water in the well.” He insists that the understanding of the passage comes from God through revelation—or what he calls “the inner Word . . . heard in the deeps of the soul through the revelation of God.”

Obviously mystical in his approach to God’s written and inner revelation, Müntzer held to the use of visions (alluding to Peter’s vision in Acts 10) to help with those times of struggling to accept “the clarity and certainty of the inner Word,” as George H. Williams and Angel M. Mergal explain. In other words, he thought that some type of “perfection in the deeps of his heart,” as he put it, was the means to understanding the revelation of God, whether written or personally received. Müntzer certainly didn’t discard the written Word. He accepted it and even insisted on testing inner revelations by it. Yet he put such value on the revelations that he could state, “[he] must look quite carefully that no one little bit be lost of what he has beheld, for it [the vision] will positively come true.” The certainty of its truthfulness and fulfillment, in his thinking, could be said of both the Holy Scriptures and the vision or revelation received. That’s why, as he pressed his thesis with the German nobility, he sought to give them the assurance that what he spoke via revelation could be relied upon as authoritative. He had no qualms about calling for their action to force reformation by the sword. He was ready to personally take action. Roland Bainton points out that just a few months prior to Müntzer’s sermon to the Saxon nobles, the fiery mystic claimed to have “thirty units ready to slaughter the ungodly.” Furthermore, his attempt to confirm his revelations by the use of Scripture demonstrates an unhinged hermeneutic, what might aptly be called proof-texting. Turning from the sufficiency of Scripture inevitably leads to proof-texting to give validity to personal revelations.

Because he faced criticism and maybe some level of persecution for his views (he certainly did later on), Müntzer posited revelations with tribulations and sufferings. So the one receiving the revelations could count on suffering for it. That kind of thinking, of course, gives the person an emotional high road in claiming validity to his revelations. He took a swipe at Luther, who criticized him for reliance on revelation rather than only the Word. “Indeed, it is a [mark of the] truly apostolic, patriarchal, and prophetic spirit to attend upon visions and to attain unto the same in painful tribulation. Therefore it is no wonder that Brother Fattened Swine and Brother Soft Life [both references to Luther] rejects them” [i.e. revelations and visions claimed by Müntzer]. Clearly, his intention was to squelch the expositional ministry, and more patient approach to reformation of Luther, in favor of Müntzer’s visionary revelations to aggressive, military action for the nobility. To say that he sought to manipulate the thinking of the noblemen by making fun of Luther is no exaggeration. One observes, that if you cannot stand upon the sure foundation of Holy Scripture with any call to action, but rely upon the “inner Word” or personal revelations from God instead, then manipulation, innuendos, and pedantic language toward those in opposition will be commonplace. Instead of relying upon Holy Scripture, Müntzer retreated to his capable tongue to slash and burn those exposing his theological fault lines.

By contrast, the 1689 London Baptist Confession acknowledges “the inward illumination of the Spirit of God to be necessary for the saving understanding of such things as are revealed in the Word.” But it clearly states, “The whole counsel of God concerning all things necessary for his own glory, man’s salvation, faith and life, is either expressly set down or necessarily contained in the Holy Scripture: unto which nothing at any time is to be added, whether by new revelation of the Spirit, or traditions of men.” A century earlier heirs of the Reformation in the Belgic Confession (1561) explained, “We believe that these Holy Scriptures fully contain the will of God, and that whatsoever man ought to believe unto salvation, is sufficiently taught therein. . . . [I]t is unlawful for any one, though an Apostle, to teach otherwise than we are now taught in the Holy Scriptures.”

“God told me . . . ,” when referring to personal revelation or vision, steps away from the faithfulness of the living God who gave us the Scriptures as his revelation. Reliance upon the sufficiency of God’s Word serves as the foundation for every personal and corporate practice in the Christian life. Let’s us hold unwaveringly to God’s Word that never fades and that stands forever (Isaiah 40:8; Psalm 119:89).