God’s Ordinary Means of Grace Are All You Need 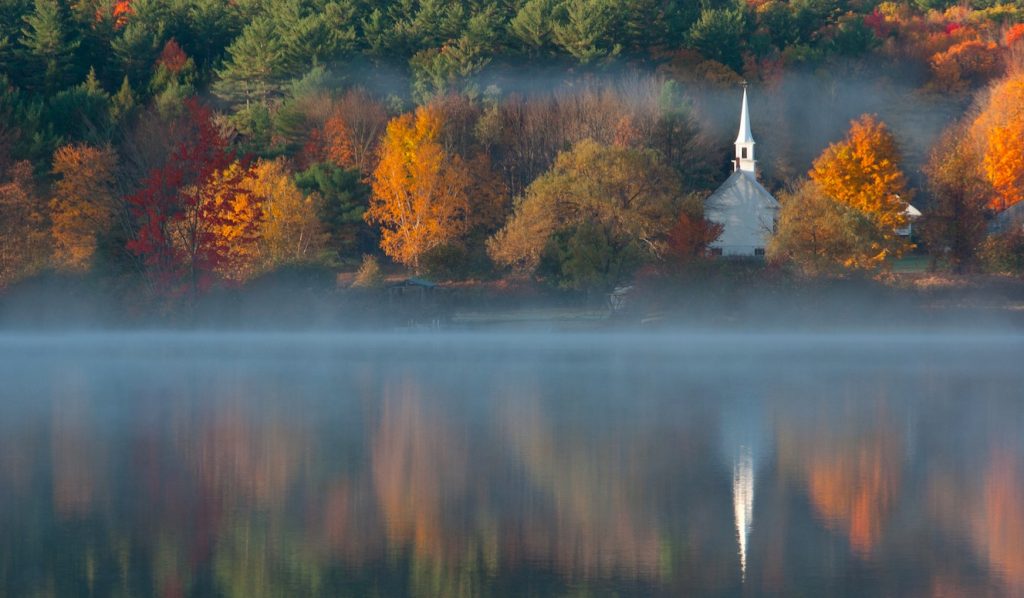 Cal Ripken Junior became an extraordinary baseball player by doing an ordinary thing: he showed up for work. He did it again and again and again, a record 2,632 consecutive times. The hall-of-fame third baseman first appeared in the Baltimore Orioles starting lineup on May 30, 1982 in a game against the Seattle Mariners and his name was next absent from it on September 20, 1998.

Barry Bonds became a footnote to baseball history by attempting to do something extraordinary: bending baseball’s rules. One of the most feared sluggers of the 1990s and 2000s, Bonds broke one of the game’s most hallowed records—Hank Aaron’s all-time home run mark of 755 homers. But Bonds did it by cheating. For the last several years of his career, he took drugs that artificially enhanced his performance—and inflated his home run totals—enabling him to pass Aaron. To many fans, Bonds is baseball’s Benedict Arnold.

Why begin a Founders Blog article with these baseball anecdotes? Because they illustrate well two different approaches to ministry—God’s way and our way. In the Reformed tradition, preaching, prayer and the ordinances—baptism and the Lord’s Supper—have often been referred to as “the ordinary means of grace” because they form the heart of worship and the main methods of ministry in a faithful, biblical church. They’re God’s means of transforming his people and ought to form the core of local church ministry.

But I fear, in our good and right desire to see disciples made and God’s church built, we get thrown by the term “ordinary.” Think Ripken here, not Bonds.

Grace Is Not Ordinary

The phrase “ordinary means of grace” can be interpreted as suggesting that God’s work is dull and unspectacular, but there is nothing ordinary about God’s grace. God uses the public proclamation of a book that’s at least 6,000 years old in places and his Spirit to cause a gargantuan army of his enemies to love him and desire to join his family. What are the ordinary means of grace? The answer to question 95, Keach’s Catechism defines them as follows:

The outward and ordinary means whereby Christ communicates to us the benefits of redemption are His ordinances, especially the Word, Baptism, the Lord’s Supper and Prayer; all which are made effectual to the elect for salvation. (Rom. 10:17; James 1:18; 1 Cor. 3:5; Acts 14:1; 2:41,42)

A few months ago, a man from my hometown told me he had planted a new church. I asked him to tell me a little more about it. As only a mountain man from north Georgia could put it, he said, “Well, it ain’t much. Just preachin’, prayin’, and sangin.’ I figure that’s plenty.”

When We Try to Use Extraordinary Means

It’s plenty because tragic things happen when we exchange God’s means of grace for our own—or when we misuse his means. Just ask Aaron’s sons, Nadab and Abihu. While handling the sacred things in the worship of God, they rebelliously offered strange fire on the altar of God—a means of worship the Lord did not command. The result? God vaporized them in his wrath.

Just ask Old Testament Israel who embraced the pantheon of deities worshiped by the nations around them and God used Assyria and Babylon—wicked nations—as instruments of judgment. Of course, God in his holiness, turned around and poured out his judgment on those nations for their sin as well.

One of the often under-discussed principles of the Reformation was that of simplicity.

Obeying God is always best. One of the often under-discussed principles of the Reformation was that of simplicity. That is, worship, ministry, and all the things that go with it (including the architecture of a church) should be simple. My north Georgia friend was on to something that we—even in our correct motives of seeing God’s people edified and sinners come to Christ—often forget: God performs his extraordinary work of spiritual awakening through ordinary people and ordinary things.

When we use God’s ordinary means

In Acts 2:23, Peter preached “this Jesus, delivered up according to the definite plan and foreknowledge of God, you crucified and killed by the hands of lawless men,” and in verse 41 we read, “. . . there were added that day (to the church) about three thousand souls.” The “foolishness of preaching” has power that confounds our wisdom, because what the world sees as weak is strong in God’s eyes and vice-versa (2 Cor. 12:1-10). Acts 2:42 tells us that the whole church “devoted” itself to the ordinary means of grace: “And they devoted themselves to the apostles’ teaching and the fellowship, to the breaking of bread and the prayers.”

The conversion of Charles Spurgeon is one of the most remarkable illustrations of the power of God’s Word in church history. The 15-year-old Spurgeon ducked into a Primitive Methodist Church on a Sunday to escape a snowstorm. The regular preacher was away and a substitute stepped into the pulpit and merely read Isaiah 45:22—“Look unto me, and be ye saved, all the ends of the earth; for I am God, and there is none else.” God cut Spurgeon to the heart and drew him savingly to himself. Spurgeon’s impact for Christ’s kingdom defies imagination. But it began with the bare reading of Scripture.

When we use God’s ordinary means, we get God’s power with them. There are many reasons to build our churches around a ministry of God’s so-called “ordinary means of grace.” Here are five:

God’s Word is eternal truth. God does not change, nor does his Word. Protestant Liberalism argued that Christianity must change or die. Today, churches that bought into that message are dying. By God’s unfathomable grace, churches that preach the gospel of Jesus Christ today are growing.

2. God’s ordinary means of grace may be deployed by any faithful church.

I pastor a church of approximately 60 people. We certainly desire to grow in both grace and number, but we don’t have to wait until we have bricks and mortar or a top-notch sound system to be a valid church doing valid, Word-centered ministry. I pray we are faithful in doing it now in every area of our small ministry. We take no pride in being small—that’s a different heart issue—but our elders and members simply trust God to honor his Word.

3. God’s ordinary means of grace do not require extraordinary innovation.

In God’s economy the weak is strong and the strong is weak (2 Cor. 12:1-10). Thus, the bar for success in ministry is persevering faithfulness. The ordinary means of grace appear in the eyes of most as pathetic and insignificant, with very little potential to accomplish anything of broad impact. But God works this way. He uses a rebellious prophet to reach Ninevah with the good news. He turns a weak, halting, thrice-denying disciple into one of the most bold preachers the world has yet seen. And though we are deeply flawed and desperately weak, he uses us.

4. God’s ordinary means of grace promote humility and worship with reverence and awe.

When God sets the agenda and we follow it, we are admitting that he is sovereign, and we are not. When we deploy his means, we are saying, “You are God, and I am not, and you have revealed yourself in Scripture and I joyfully, willingly submit to your wisdom.” That’s humility. When we humble ourselves, we are then positioned to worship God with reverence, awe, with thanksgiving, because he has done it, not us.

5. Using God’s ordinary means of grace rightly is an act of faith.

In Matthew 16, Jesus promised, “I will build my church and the gates of hades will not overcome it.” God builds his church on the foundation of the apostles and prophets, which means his Word, with Christ Jesus (the sum and substance of the Word) as the chief cornerstone (Eph. 2:20). The ordinary means of grace are the divinely-appointed, Spirit-driven carpenter of God’s church. The Word of God and the Spirit of God conspire to form the engine that pulls the cars down the tracks of salvation and sanctification. We must unleash them faithfully with all the passion and energy God gives us and trust that he will use them to perform his miraculous work of transforming sinners into saints.

On a purely human level, our task as leaders of the local church is simple. Like Cal Ripken, we must show up every Lord’s Day and at every evangelism outreached, day after day, week after week, year after year, and be faithful to unleash his ordinary means of grace and then watch our great God build his church in a way the world, with all its extraordinary things, will never be able to explain.