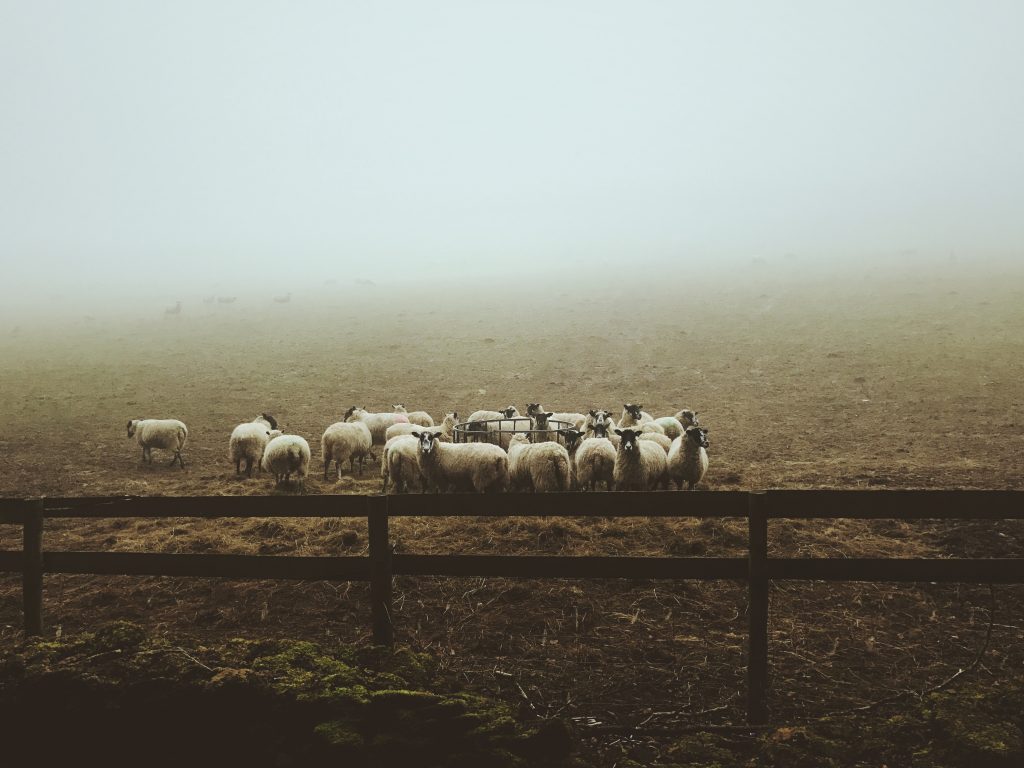 Something there is that doesn’t love a wall,

That sends the frozen-ground-swell under it,

And spills the upper boulders in the sun;

And makes gaps even two can pass abreast.

So writes Robert Frost in what could be called a poem for modern evangelicals. Indeed, the very idea of set markers that distinguish what is acceptable from what is not strikes many professing Christians today as bigoted and unloving. This is true when a church takes membership seriously and distinguishes between those who belong to the church and those who, no matter how long they may have been attending the public meetings of the church, do not. I have fielded more than a few Monday morning phone calls from irate Christians who were offended by the fencing of the table at the previous Lord’s Day communion service.

Some Christians also get offended when a church—or a convention of churches—insists that its confession of faith not only asserts certain truths that it believes but also actually excludes some beliefs and practices. In other words, when the boundaries that a confession of faith necessarily marks out are acknowledged, you can be sure that someone somewhere will start leveling the charge of bigotry. Or worse. If you doubt this then go read the elaborate announcements of departure from the SBC recently published by Charlie Dates and Ralph West.

What was the offense that provoked these pastors to lead their churches out of the SBC? It was a joint statement issued by the presidents of the six SBC seminaries that reaffirms the Baptist Faith and Message “as the doctrinal statement that unites and defines Southern Baptist cooperation and establishes the confessional unity of our Convention.” In other words, the presidents said that they enthusiastically affirm that the BFM establishes the doctrinal boundaries for the SBC.

Had they stopped there, as Danny Akin, President of the Southeastern Baptist Theological Seminary, later stated that he wished that they had, probably no one would have left the convention over their affirmation. But the presidents had the temerity to point out some necessary distinctions that the BFM makes. Specifically, the presidents said that any “affirmation of Critical Race Theory, Intersectionality and any version of Critical Theory is incompatible with the Baptist Faith & Message.”

It is that last phrase that caused President Akin to lament and Pastors Dates and West to bolt. Had the presidents stopped at saying “we affirm the BFM,” everyone would have smiled politely and moved along. It was only with the declaration of the necessary implication that CRT/I and “any version” of CT are incompatible with the BFM that a ruckus was raised.

I, for one, am glad that the presidents made this distinction because, as any pastor worth his salt knows, it is never enough merely to say yes. In order to be clear and helpful, sometimes you have to say no. That is the very heart of discriminating preaching. You can say many true things and never get into trouble. But once you point out false things and renounce them as, you know, not true, then you will be more likely to get people upset.

You can describe a horse in detail and have all the members of the equestrian club applaud you. But when you start describing a cow in contrast and have the audacity to point out that the horse is not a cow and the cow is not a horse, then all of those dues paying club members who have been riding cows will get mad at you. They may even ride their cows right out of your club.

The Christian faith has boundaries. In his 1995 book, Requiem, Thomas Oden prophetically spoke to this reality. “The rediscovery of boundaries in theology,” he wrote, will be the preoccupation of the twenty-first century of Christian theology” (p 47). That preoccupation will inevitably require making distinctions and in some cases, will even result in separation.

That is part of the purpose of a confession of faith. It serves as a declaration of things most certainly believed among us. It says that we are not just going to do something, we are going to stand here. We welcome anyone who wants to stand with us as long as they do not make a mockery of our confession by imbibing ideas or engaging in practices that are incompatible with it. Where such gaps are discovered—that is, where it becomes known that incompatible ideas might in fact be harbored by some who profess to stand with us—then love and justice require that we speak distinctly about the faith that we hold dear.

Doing so will highlight in stark relief exactly where our boundaries lie. That will offend some because it will show them to be outside our confessional family. But then, such distinctions will ultimately serve us all much better than merely pretending that we agree on confessionally defined points when in reality we do not. We can still love and respect one another even though we are on different sides of the confessional boundary.

It is in precisely that sense that “good fences make good neighbors.”