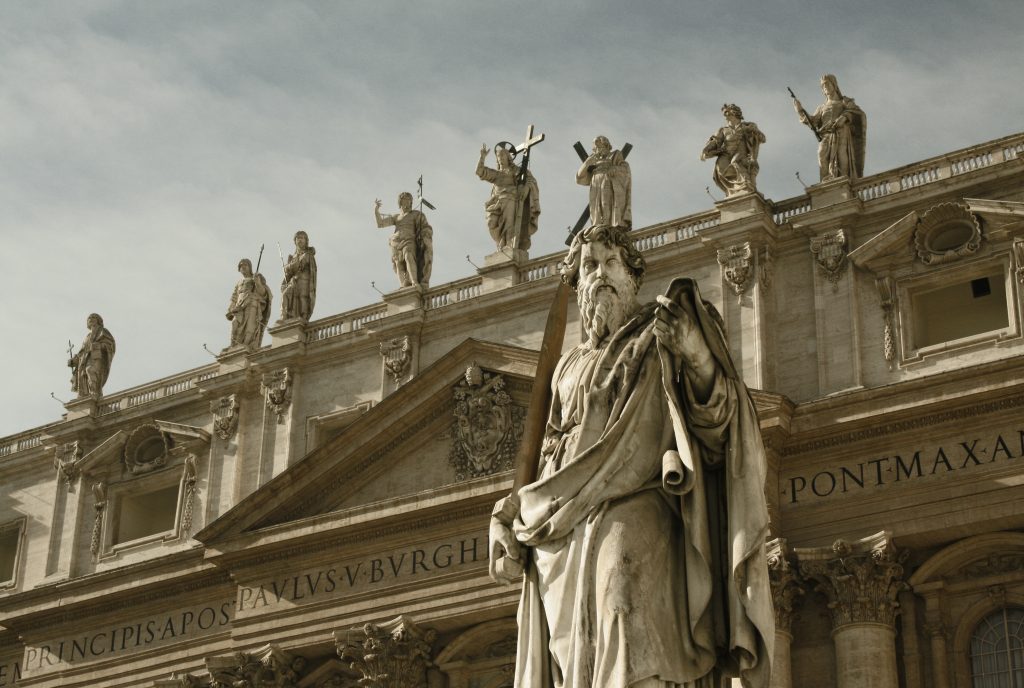 When Martin Luther posted the 95 theses on October 31, 1517, the immediate cause was the abuse of indulgences. They were never for relief of punishment or purgation after death but only for the temporal remission of canonical violations. Nor was the selling of them any part of their original intent but only a gross abuse arising from covetousness and selfish ambition. When Tetzel promised immediate and plenary remission of all sins to souls in purgatory upon the purchase of this special indulgence, Luther responded that “those indulgence preachers are in error who say that a man is absolved from every penalty and saved by papal indulgences.” More to the point in his immediate context, he also wrote, “They preach only human doctrines who say that as soon as the money clinks into the money chest, the soul flies out of purgatory.” Though Luther recognized that indulgences were ratified by canon law (8, 13, 34, 69, 70, 73)—and he was not seeking to violate canon law—he not only attacked the gross abuse of indulgences that he observed but greatly diminished their importance by saying, “Papal indulgences must be preached with caution, lest people erroneously think that they are preferable to other good works of love,” and “Christians are to be taught that papal indulgences are useful only if they do not put their trust in them, but very harmful if they lose their fear of God because of them,” and “It is vain to trust in salvation by indulgence letters, even though the indulgence commissary, or even the pope, were to offer his soul as security,” and “papal indulgences cannot remove the very least of venial sins as far as guilt is concerned.” Indeed, Luther got to the point with a weighty assertion that virtually rendered the entire doctrine of indulgences impossible to maintain when he wrote, “It is certainly the pope’s sentiment that if indulgences, which are a very insignificant thing, are celebrated with one bell, one procession, and one ceremony, then the gospel, which is the very greatest thing, should be preached with a hundred bells, a hundred processions, a hundred ceremonies.”

While the Tetzel occasion was the most immediate cause of Luther’s effort at correction, the tension between the theology and rationale of indulgences as compared to the gospel had been building in his mind for some years. If one truly believed the gospel, and if the efficacy of the gospel was built on the merits and death of Christ, what additional measures of forgiveness and assurance could possibly be warranted? In the interest, therefore, of the particular date, the eve of All Saints’ Day, Luther threw in a question about the “treasure of the church”—“The true treasures of the church, out of which the pope distributes indulgences, are not sufficiently discussed or known among the people of Christ.” If the treasure of the church was the compilation of supererogatory merits from all the saints, plus those of Christ and of Mary (58), then All Saints’ Day would be a particularly propitious day for benefiting from that treasury and greatly reduce the fear of an elongated stay in the horrors of purgatorial fire. And so with that intensified but false confidence rising on October 31, Luther wrote, “The true treasure of the church is the most holy gospel of the glory and grace of God.” Indulgences are “in truth the most insignificant graces when compared with the grace of God and the piety of the cross.” In a wonderful play on words and rhetorical emphasis on the full sufficiency of Christ, Luther wrote in numbers 92 and 93, “Away, then with all those prophets who say to the people of Christ, ‘Peace, peace,’ and there is no peace! Blessed be all those prophets who say to the people of Christ, ‘Cross, cross,’ and there is no cross!” The promise of peace through indulgences based on the merits of saints is a false proclamation, a misleading assurance, and a damning trust to invoke. The message that points to the cross and the work of Christ on it can say with full confidence, “There is therefore now no condemnation to those in Christ Jesus; for the law of the Spirit of life in Christ Jesus has set you free from the law of sin and of death” (Romans 8:1,2).

Because of a Halloween 503 years ago in which an Augustinian monk reclaimed the fullness of the blessings of the gospel of Christ, we need not fear the spirits of the saints nor do we seek to invoke their favor in order to gain their merits, for the man of God’s own choosing, Christ Jesus, Lord Sabaoth His name, has won the battle! We also have learned to say with clarity and confidence: “Christ by his obedience, and death, did fully discharge the debt of all those that are justified; and did by the sacrifice of himself, in the blood of his cross, undergoing in their stead, the penalty due unto them, make a proper, real, and full satisfaction to God’s justice in their behalf: yet inasmuch as he was given by the Father for them, and his obedience and satisfaction accepted in their stead, and both freely, not for anything in them; their justification is only of free grace, that both the exact justice and rich grace of God might be glorified in the justification of sinners” (LCF 11.3).