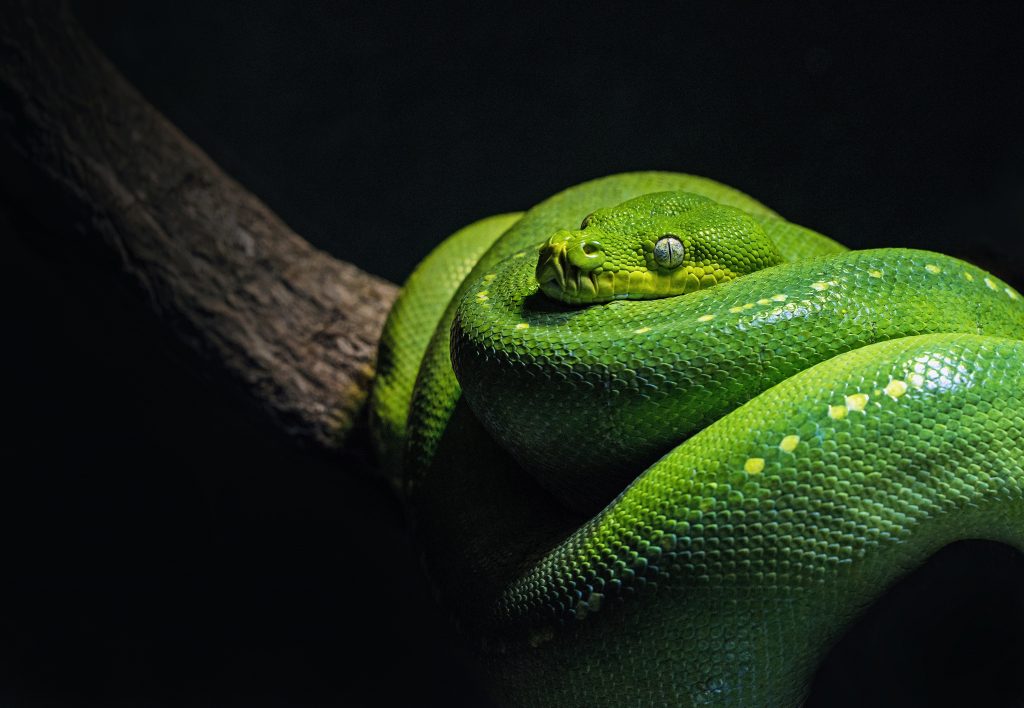 The most dangerous thing for our holiness is very small, but hugely comprehensive. It’s unassuming and disarming. It appears non-threatening, but actually brings death where ever it goes. It appears hip and relevant, but it’s actually ancient. It gives the illusion of intellectual virtue, but is actually a smokescreen. The greatest threat to our holiness is a lie, the greatest of all lies: “Has God really said?”

These are the first recorded words of the devil in Genesis 3, and he has yet to give up that challenge. It is his main ploy, his best weapon, his most deadly tool, and the heart of his strategy. Contrary to this heresy of all heresies, Christ makes very clear in our text that we have a way to know the truth. We have an antidote to the great lie of all lies. We have the Word.

Others have elsewhere ably defended various aspects of the doctrine of Scripture (e.g., sufficiency, authority, trustworthiness). I want in this post to reflect on how, practically, the Scriptures are: “the only sufficient, certain, and infallible standard of all saving knowledge, faith, and obedience” (2LBC 1.1, emphasis added). I’d like to offer a very practical, extended application of the sufficiency, truthfulness, and trustworthiness of God’s word, in the hopes that these scenarios help us see how our doctrine of Scripture isn’t cold and unrelated to our heart-level, daily holiness.

Imagine with me a scenario. A man comes home from work, he’s had a rough day. He’s looking forward to sitting down on the couch, relaxing in a quiet house, watching the news with no interruptions, and eating his favorite meal. However, he walks in the door and hears the kids screaming. They are arguing over whose fault it is that the permanent marker got all over the wall. He ignores it, walks into the kitchen to see what’s for dinner. His wife barely acknowledges him, which drives him nuts, and then she remarks that she made salad for dinner. In clear frustration, he rolls his eyes and walks away mumbling something about how just because she’s on a diet he doesn’t have to suffer. Then, one of the kids comes up to him and tells him that his son got sent to the principal’s office that day. So, he snaps, he screams at his kids out of anger, he lets his wife have it about the salad, and he storms off to his bedroom.

In this scenario, what lies of Satan has he believed? What parts of God’s word has he practically denied the sufficiency and truthfulness of? Well, he believed that his time at home was primarily about his comfort and relaxation, that his work during the day had earned him some peace. He believed several other lies: that a Christian husband is to be served, rather than to serve; that his position as husband and head of the household entitled him to automatic deference; that his kids are a nuisance and an impediment to his happiness, and therefore not a blessing. And he believed that his harsh words would be effective in producing change in his children’s behavior.

So, let’s look at this scenario through a man that is saturated with God’s word, who is seeking to honor the sufficiency and truthfulness of God’s word and be sanctified through it.

He finished work and is exhausted, but he reminds himself of Ephesians 4:32, which he read during his quiet time that morning: “Be kind to one another, tender hearted, forgiving one another as God in Christ forgave you.” He prays for a kind and tender heart before he walks in the door. He hears the kids screaming at each other over who wrote on the wall with permanent marker. So rather than his preference of just ignoring the problem and hoping either it goes away on its own (which never happens) or letting his wife handle it, he remembers Ephesians 6:4, which calls him as the father to bring his children up in the discipline of the Lord. So, he takes the time to calmly sit down, talk to both parties, figure out who actually wrote on the wall, take the guilty child aside and explain that messing up property like that is wasteful stewardship and ungrateful. It’s actually sinful against God. He reminds the boy of the gospel, which is fresh on his mind because of his verse he read in Ephesians 4:32, how God in Christ has forgiven him for his sins. He disciplines the boy, as appropriate, and sets the boy out on trying to scrub the marker off the wall. Then the man walks into the kitchen, and is barely acknowledged by his wife. Rather than being annoyed by that, he decided to obey his verse: to be kind to her, tenderhearted, forgiving her as God in Christ has forgiven him. He decides that she probably had a rough day with the boys, so he asks her if he can help with supper. She says that they are having salads and that he can help by cutting up the carrots. Rather than being annoyed with the salad (which is his least favorite meal), he reminds himself to be tenderhearted, rather than harsh. So, he thanks his wife for working hard around the house, and especially with this meal. Then he hears a child come in and tattle about the younger son who was sent to the principal’s office today. Rather than getting immediately angry and yelling at the boy, he reminds himself from Proverbs that a soft answer turns away wrath and that sweetness of speech increases persuasiveness. So, he has a conversation with his son, and provides corrective discipline in a loving and gentle way, so as not to exasperate his son.

Two very different scenarios, but one seeking to apply the sufficiency and truthfulness of God’s word and to live it out. The other ignores or denies God’s word. One used God’s word to fuel his holy service, the other exchanged the truth of God for a lie.

Which will you be? Will you be sanctified by God’s word of truth, or will you follow the lie of Satan, and ask “has God really said?”