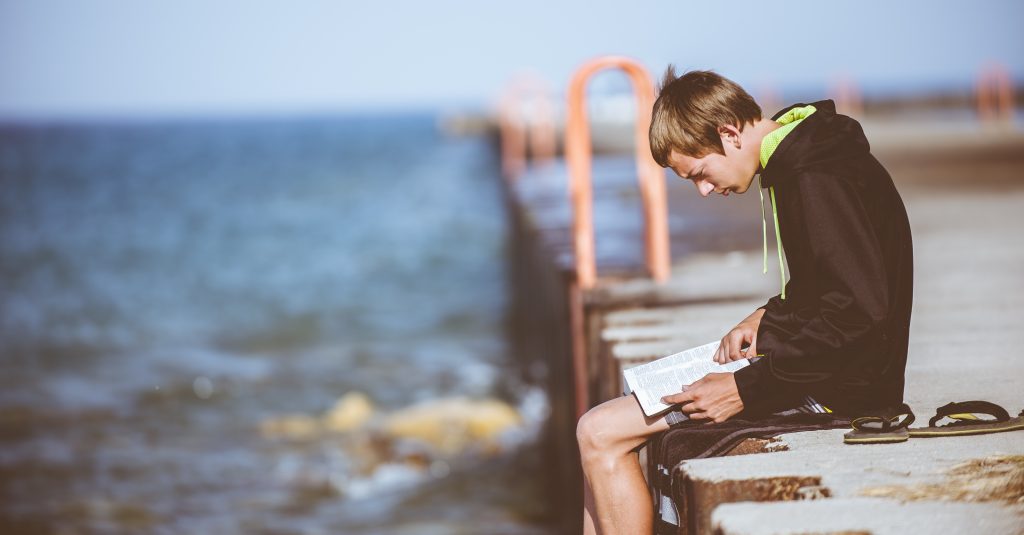 The interpretive principle of New Testament priority is derived from an examination of the Scriptures themselves. As we read the Bible, we notice that earlier texts never explicitly interpret later texts. Earlier texts provide the interpretive context for later texts, but earlier texts never cite later texts and explain them directly. Rather, what we find is that later texts make explicit reference to earlier texts and provide explanations of them. Moreover, the later portion of any book always makes clear the earlier portion. When you just begin to read a novel, for example, you’re still learning the characters, the setting, the context, etc., but later on, as the story progresses, things that happened earlier in the book make more sense and take on new meaning. Mysteries are resolved. Earlier conversations between characters gain new significance as the novel unfolds. Later parts of the story have primary explanatory power over the earlier parts.

A Response to John MacArthur’s Opposition to New Testament Priority

To illustrate how this principle of New Testament priority effects our theology, consider the example of Dispensationalists and Paedobaptists. Both Dispensationalists and Paedobaptists wrongly allow the Old Testament to have priority over the New Testament. Both systems of interpretation read the promise of a seed in Genesis 17:7 as a promise of a large number of physical offspring from Abraham. In Genesis 17:7, God says, “And I will establish my covenant between me and you and your offspring after you.”

Dispensationalists think Genesis 17:7 establishes an everlasting promise to national Israel, and they read their interpretation into the New Testament, convinced that God has future plans for national Israel. Paedobaptists, on the other hand, think the promise in Genesis 17:7 is the covenant of grace with Abraham and all his physical children, which leads to the baptism of infants in the New Testament and to churches intentionally mixed with believers and unbelievers. [4]

If, however, we allow the New Testament to interpret Genesis 17:7, then we will avoid the error committed by Dispensationalism and Paedobaptism. Galatians 3:16 says, “Now the promises were made to Abraham and his offspring. It does not say, ‘And to offsprings,’ referring to many, but referring to one, ‘And to your offspring,’ who is Christ.” Note well that Galatians 3:16 explicitly denies a plural offspring. The promise is to one Offspring only, not to many. “It does not say ‘And to offsprings’” (Galatians 3:16).

Therefore, in light of the clear teaching of the New Testament, we must conclude that both Dispensationalists and Paedobaptists misinterpret the Old Testament because they fail to allow the New Testament to have priority of interpretation. Both systems conclude that the promise to Abraham’s seed is a promise to physical descendants, rather than to Christ. This error leads Paedobaptists to over-emphasize a visible church propagated by natural generation in their reading of Scripture, and it leads Dispensationalists to over-emphasize Israel, when the New Testament clearly teaches us to emphasize Christ. The promise to “seed” is a promise to Christ, not to men. [5] This is not a denial of any collective aspect to seed; rather, it recognizes that the seed is Christ and that by saving union with Him, the elect are also seed in Him (Galatians 3:7, 14, 29). Thus, all the promises made to Abraham in Genesis 17:7 were made to Christ and to all who are savingly united to Him, Jew and Gentile alike. The promise is, therefore, Christ-centered, not man-centered, which is what historic Baptists have always taught.

2. John MacArthur, “Why Every Self-Respecting Calvinist is a Premillennialist,” a sermon delivered at the Shepherd’s Conference in 2007.

4. For an excellent critique of Reformed paedobaptism, see Fred A. Malone, The Baptism of Disciples Alone: A Covenantal Argument for Credobaptism Versus Paedobaptism (Cape Coral, FL: Founders, 2003, revised and expanded, 2007).