How to Subscribe to the Second London Baptist Confession of Faith 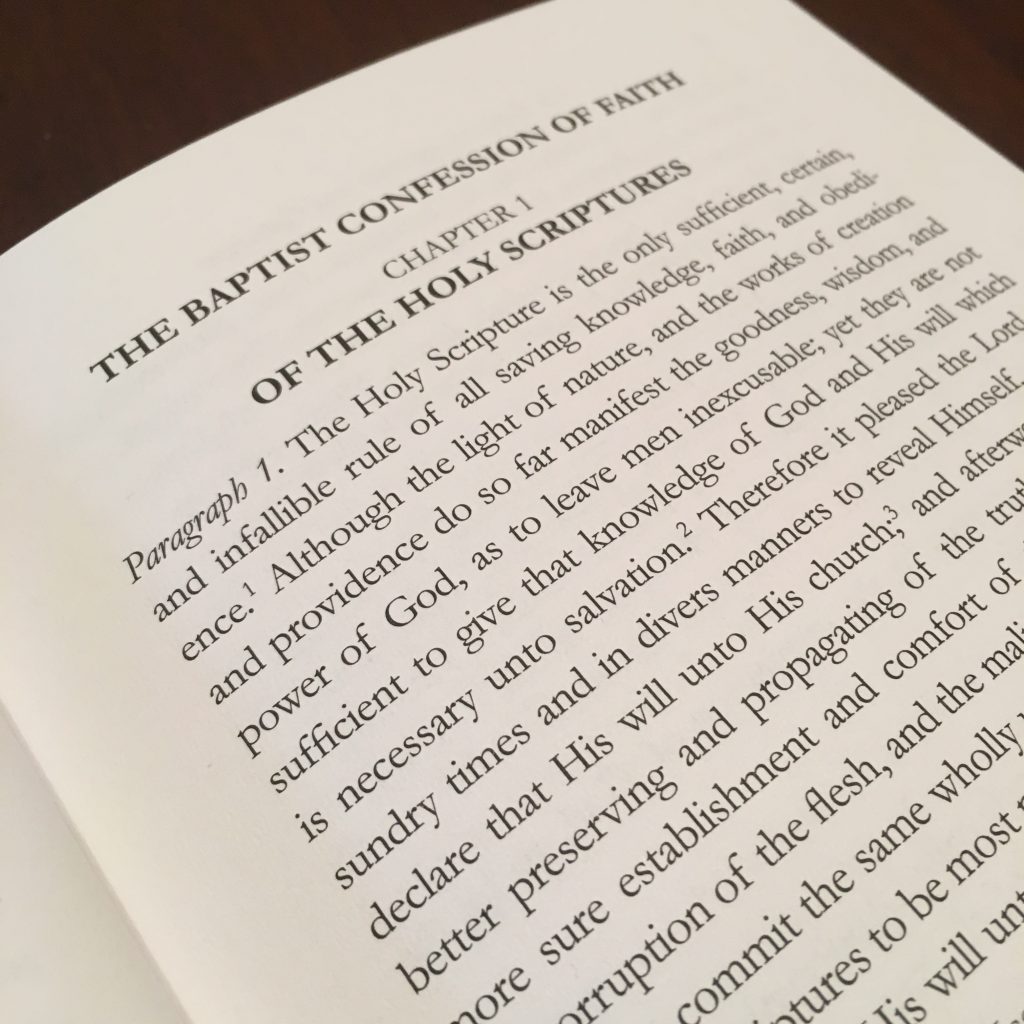 There has been a fair amount of debate about whether the Second London Baptist Confession of 1677/1689 (2LCF) is a serviceable confession for Baptist churches. Some have argued that this confession is too detailed for a whole congregation to affirm, and they suggest a shorter confession like the New Hampshire Confession or the Abstract of Principles. They say that only the most theologically unified congregations could possibly hold to such a robust confession and that it’s especially an obstacle in church planting situations. I’ve heard it said that an encyclopedic confession like the 2LCF would prohibit new converts and immature Christians from joining a local church that holds to it. But I would like to argue that a local church can faithfully hold to a robust confession like the Second London Confession without stumbling into any of the errors mentioned above. I recommend the following manner of subscribing to the 2LCF, though I also recognize that some faithful Reformed Baptists will disagree with me on some of these matters, and that’s ok with me.

2. I recommend a “subscription of unity” to the Second London Baptist Confession of Faith among all church members. The book of Romans teaches a robust system of doctrine, which is a summary of biblical truth, the whole counsel of God. Paul wrote Romans to the church at Rome, expecting the elders to teach its content and the whole church to believe and practice it.

At the end of the letter in Romans 16:17, Paul says, “Watch out for those who cause divisions and create obstacles contrary to the doctrine that you have been taught; avoid them.” What “doctrine” is Paul talking about? He’s speaking of the robust doctrine of the whole book of Romans, which touches upon every doctrine of the faith. Notice that Paul doesn’t say to “avoid” those who “don’t understand” or “don’t positively and accurately affirm every doctrine” in the book of Romans. Paul instead says to “avoid” those who “cause divisions” about or “create obstacles” to the doctrines in his letter to the Romans. Thus, the church of Rome could accept new believers who still needed to grow in their understanding of what Paul had written, though they were all to be growing to a full understanding of all the doctrines in the book of Romans. But all members had to agree to maintain unity in Christ and in the church. They were not permitted, therefore, to “cause divisions” or “create obstacles” about anything in the book of Romans. Doing so would mean that they must be avoided.

I would suggest that churches should subscribe to an encyclopedic confession, like the 2LCF, in much the same way:

This allows for a great deal of doctrinal diversity together with robust doctrinal confession. A non-Calvinist, for example, who disagrees with the 2LCF, but who has a teachable spirit, and is not hardened in opposition to the church’s confession is free to join the church. Similarly, a paedobaptist, who believes in baptizing infants, but who has himself been biblically baptized as a believer, and is open to learning from the Word of God, and to changing his position on baptism to the one explained by the 2LCF is also free to join. Simple profession of faith in Christ, together with a teachable spirit of unity in Christ, is all that is required for church membership.

This manner of subscription is rooted in the moral law of God, which forbids a factious spirit and calls for unity in Christ. A divisive spirit is murderous, thieving, deceptive, covetous, etc., but God commands us to be united in Christ in love. Scripture warns, “As for a person who stirs up division after warning him once and then twice, have nothing more to do with him” (Titus 3:9). Those who have the Spirit of Christ may certainly disagree about secondary doctrines without causing strife in the church because of their love for Christ and for one another.

Of course, all faithful churches have procedures for discussing and changing their confessions of faith, which are outlined in their constitutions or bylaws. Confessions are not infallible and are always subject to correction by the Word of God. Members who follow the agreed upon procedures for debating and changing a confession of faith with a humble spirit are not being divisive in the least, provided they do so in love, with humility, and grace.

3. I recommend “full subscription” for the officers of the church. “Full Subscription” for officers, elders and deacons, would mean that they affirm every doctrine in a church’s confession of faith. Paul set the standard for elders in the church by proclaiming “the whole counsel of God” (Acts 20:27). A church’s confession of faith is that church’s understanding of “the whole counsel of God.” The church as a whole adopts its confession, partly as a check on pastoral authority so that pastors are not free to teach anything they please, but only what the whole church has agreed the Bible means. The Scripture as confessed by the church is what elders are charged to believe and teach (cf. 2 Tim 1:13-14).

Deacons too are required to “hold to the mystery of the faith with a clear conscience” (1 Tim 3:9). “The faith” is the total body of revealed truth (cf. Jude 3), and a church’s understanding of the Bible’s truth is found in its confession of faith. Thus, deacons, as leaders in the church, should fully subscribe to a church’s confession of faith.

All church officers should vow personally to adopt and defend the church’s confession of faith. If a church officer changes his views at any point in his tenure, he should make his change in views known to the elders, and be humbly willing to withdraw from office, if necessary. He would certainly be free to remain a member of the church as long as he doesn’t cause division over his disagreements with the confession.

Thus, there is a way for a church to confess its understanding of “the whole counsel of God” and still make room for a great deal of theological disagreement and for those who have a simple but sincere profession of faith in Christ. This is, in fact, what I believe Scripture requires the church to do: confess the whole counsel of God with a godly spirit of unity in the essentials, liberty in non-essentials, and love in all things.

For Further Reading on Confessionalism and the Second London Baptist Confession:

The 1689 Baptist Confession of Faith in Modern English (Print Form)

The Confession of 1689 and Covenant Theology by Jeff Johnson