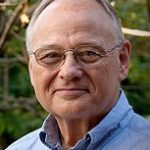 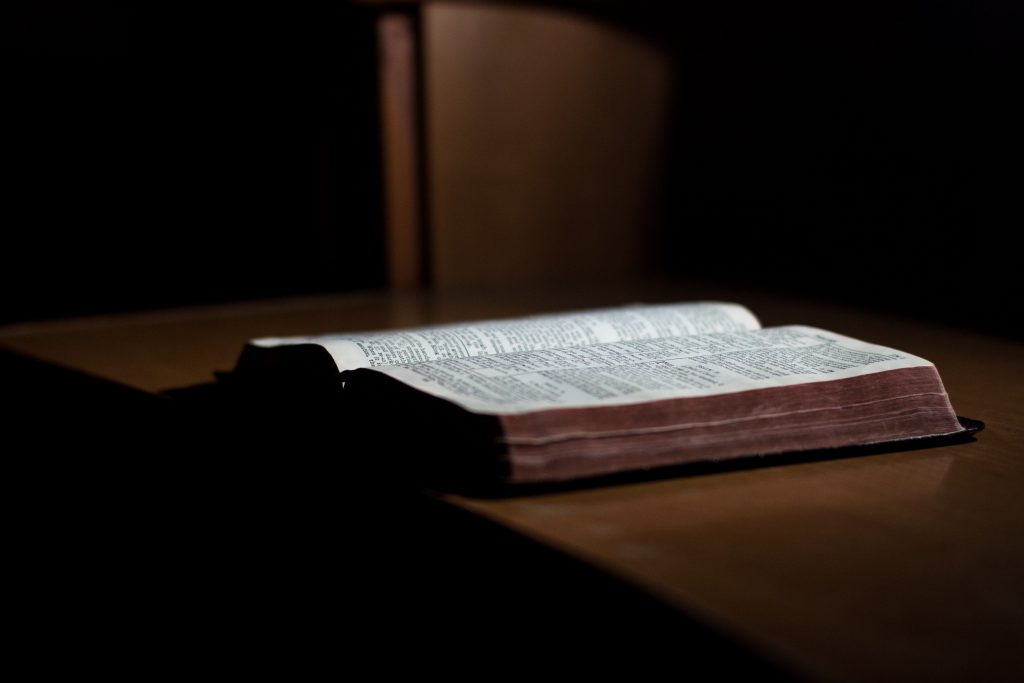 I was there. I experienced liberal theology’s social gospel and social justice ideas more than 45 years ago. It was at the Presbyterian Church in the U.S. (PCUS; Southern Presbyterians) Synod meeting in Charlotte, NC, in 1973. The speakers and attendees said things that sounded biblical at first, things like “the church is the body of Christ … we are the example of Christ to the world … Christ in us must be lived out in the world through social justice.” Many desired that the PCUS unite with the liberal UPCUSA, the Northern Presbyterians. They rightly argued for equal “civil rights” but also for backing liberation theology in El Salvador, the Black Panther Movement in America, and Angela Davis, etc. Little did I know at the time that the Northern Presbyterians already had funneled some defense funds to the Black Panthers’ and Angela Davis’ trials. Their idea of becoming a Christian was like Rudolf Bultmann’s “Christ” experience of enlightenment against all forms of prejudice and bigotry against others. To him, believing the facts of Christ’s death and resurrection were optional. To him, believing in Christ was to have a crisis of “enlightenment” or “awakening” over racial and cultural prejudices (the “Christ” experience) to emulate Christ to the world.

I had studied liberal theology at Reformed Theological Seminary (M. Div. ’74), but now these views had real faces on them. Some argued for women elders, gay marriage, and social justice reparations. I was quite taken aback that those who professed to hold to the Westminster Confession of Faith held these views. I asked myself: “How can we be united together with Christ if we have such views?” The PCA was just beginning to form at that time, and part of its reason for forming was a reaction to this liberal form of social justice. Now I am astonished to see some “conservative” Presbyterians adopting such views.

I saw another face of liberalism in 1977 when I returned to the Baptist fold. I met with the Alabama (SBC) official involved in recommending pastors to churches. He asked me why I went to RTS instead of an SBC seminary like Southern. I told him that I was an inerrantist and felt Southern Seminary was too liberal. He then said, “Then, there is no place in the SBC for you if you cannot fully support all the programs.” This was the covert liberalism of the SBC at that time which opposed biblical inerrantists. Of course, by God’s grace, Dr. Al Mohler was used of God to expose and remove liberal theology from SBTS in the 1990’s…for which I thank the Lord. It is no secret now that liberal theology had led to unbiblical social justice ideas at SBTS.

In 1988, I met another face of liberalism in a TCU doctoral seminar required for my PhD. This was a highly respected professor among liberals from the Disciples of Christ (Christian). He was a very nice man and cordial to me. After reviewing various hermeneutical approaches to the New Testament, however, he advocated “reader-response criticism.” His particular hermeneutical approach had elements of Rudolf Bultmann’s existential “Christ” experience and Karl Barth’s idea of finding “truth” in the Scriptures only when we “experience” God’s Word. To Barth, the Bible contained truth, but it only became true when the individual experienced something upon hearing the Bible. As one reads the text of the Bible, the reader has a response to its words, and that response is its meaning. This subjective experience with the Bible, then, becomes the actual “truth” to live by. Reader Response Criticism cares not for the historical biblical texts’ truthfulness. Truth is what you “feel” while reading the “story” in the text. What is “true” to me may not be “true” to you. But if you do not agree with my “truth” about social justice issues, then you are sinning. Starting to sound familiar?

So, you can imagine my horror when I discovered that some speakers and writers in the current Social Justice Movement have begun to sound like my past experiences with liberal, modernist and post-modernist views. My problem with today’s “conservative” social justice writers and speakers is that they exhibit the same faults in biblical hermeneutics and exegesis as did the liberals I encountered in the past.

For instance, they both use the Parable of the Good Samaritan to justify the churches’ responsibility to administer social justice to the poor and oppressed (Luke 10:25-37). The only problem is that the text explains that Jesus was defining “who is my neighbor” to an individual, a Jewish lawyer. Jesus’ answer was the picture of a Samaritan individual who providentially comes upon a robbed and beaten Jew (racial and religious taboos). A Jewish priest and a Levite already had passed him by. So, the Samaritan goes out of his way and uses his own money to take care of him at an inn … one person to one person. Our Lord concluded ironically that the Jew was the Samaritan’s neighbor; and he loved him as himself. He told the lawyer to go and do likewise. Surely this was offensive to the lawyer, giving him the example of a good Samaritan for him to emulate! This is certainly a call for individuals to keep the second great commandment to other needy individuals whose path they cross.

But, according to grammatical-historical-theological hermeneutics, does this parable teach that the local church as the body of Christ is called to organize its efforts to relieve the distressed and oppressed of society and the world? No, it does not. We must be careful of making historical narratives the foundation for sound doctrine. Christ spoke to a particular lawyer (an unbeliever, by the way) about how to gain eternal life by loving your neighbor and keeping the Law. The lawyer, seeking to justify himself, asked, “and who is my neighbor?” So, Jesus answered a particular man who was not yet a believer, and told him that this lawyer’s neighbor was anyone he providentially encountered in distress and oppression, even of another race and religion. Jesus was convicting him of his violation of God’s Law and need of repentance. This is about a real man who needed to know who was his neighbor to fulfill the commandment “you shall love your neighbor as yourself.”

Since the lawyer was not a church being instructed by Jesus, the only thing we can rightly apply from this parable is that God holds all men accountable to His Law to love the people they encounter, especially those in trial and have the ability to help. It certainly has implications for the racial differences between the Jew and the Samaritan, but it is not a doctrine of Social Justice to the organized church to seek out the oppressed and to take care of them and to fulfill their physical and social needs. Nor did Jesus call the Jewish lawyer to make reparations to all Samaritans because he hated them as a class. There is no such command or example of the church doing so in the NT. The parable is a call for the Christian to help others in need as their neighbors whom God has providentially brought into their path, regardless of race or creed. We must love our neighbor as we would wish to be loved.

For proponents of Social Justice to use the Scriptures sloppily for their “reader-response” applications makes no headway with those whom they are either trying to reach or to criticize. A recent article was a travesty of biblical interpretation. It misused Zacchaeus’ benevolent giving to the poor and biblical restitutions to particular individuals whom he cheated, to bring guilt upon “white Baptists” as a class to provide reparations to the black community (black Baptists?). This article unbiblically calls “white Baptists” to view modern-day apostles and prophets of social justice at the same level of authority to the biblical prophets and apostles. That is staggering and absurd. Scripture alone is the Word of God for our conscience today. Scripture alone is the authority for any kind of “good works” we are called to do. Scripture alone defines what is the mission of the church for today, not “reader-response” feelings which are not based upon biblical hermeneutics and applications.

What may seem to be a “logical consequence” of the Scripture you read may be so affected by one’s own feelings and tradition that you have moved yourself, and desire to move others, beyond the authority and sufficiency of Scripture alone. This error reaches the level of an unfettered subjective allegorical interpretation of Scripture. If our Social Justice brothers sincerely wish to engage other Bible believers with their applications of Scripture, they need to remind themselves that the Reformation’s “formal principle” was Sola Scriptura, the Bible’s final authority and sufficiency for all matters of faith and practice, not new revelations of new “prophets” of the “reader-response” mind!

I was there. I saw the zeal. I saw the consequences you can see today in liberal Presbyterianism, Methodism, Episcopalianism, and some Baptists. Now, again I see biblical language behind “reader-response” ideas pre-conditioned around one’s experiences and environment, casting aside the evangelical and reformed hermeneutics that brought us out of Dark Ages and into the light of biblical authority and sufficiency. Every time in history that professing Christians have messed with the final and unique authority and sufficiency of Scripture alone over the conscience of man, they have been led down paths like universal salvation, justification by faith plus works, state churches, authoritative ecclesiastical pronouncements over the local church’s authority, racial and ethnic hatred, divisions, slanders, gossip, self-righteous condescension, and new divisive categories of who is “an enemy of the gospel.”

When will some of the “new” theologians of the Social Justice movement ask themselves: “Is this really what the Scripture says in the text? … Is my logical extension within the bounds of Scripture Alone?” And when will they answer those who challenge their conclusions with the biblical hermeneutic and exegesis which was the unifying power of the Reformation and the foundation of historical Baptists? 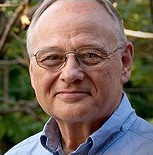