In Memory of Ted Christman 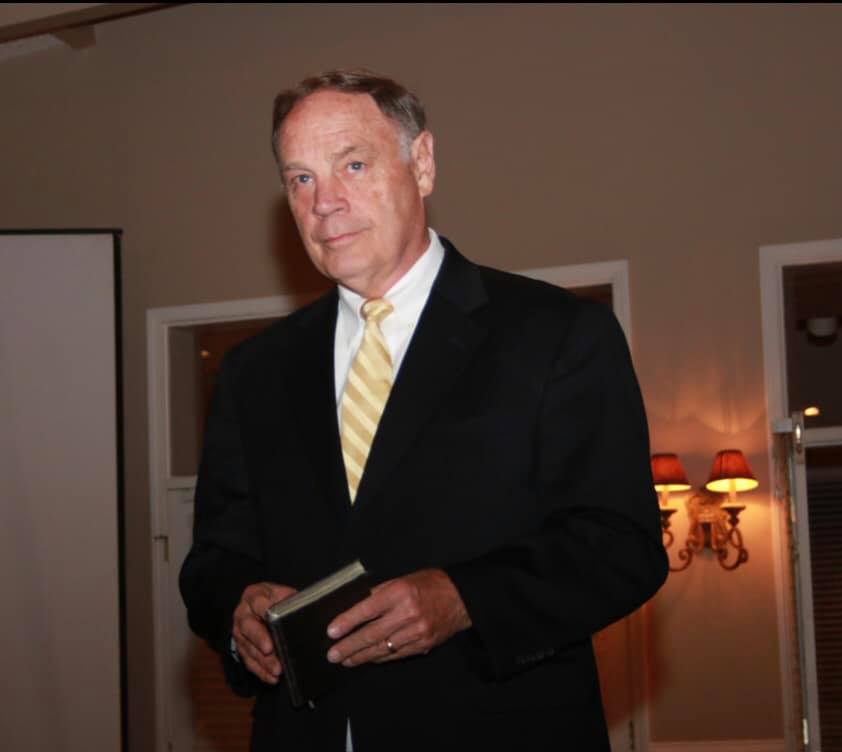 Ted Christman left the land of the dying and entered the land of the living yesterday morning, February 4, 2019. He was a dear, personal friend and a friend of Founders Ministries. Everyone who knew him will feel his loss. He was a faithful servant of our Lord. Ted was one of the finest pastors I have ever known. Three years ago it was an honor and privilege to speak at the celebration of his 42nd anniversary as the pastor of Heritage Baptist Church in Owensboro, Kentucky. After describing how I had observed God’s grace in Ted as husband, father and pastor, I gave some personal reflections from our friendship. Following are some of the comments that I included on that occasion.

It has been my privilege to know Pastor Ted for over 15 years. In fact, I knew him before he used email—or at least, before he personally used email. In those early days he would write out a letter to me, give it to his secretary, and ask her to email it to me. It took me a while before I figured out why I was getting email from Joan Hobson that sounded like it was written by Ted Christman.

I had heard of Heritage Baptist Church long before I had the opportunity to meet him. It was his vision for a Reformed Baptist theological training center that led to the development of our friendship.

Through working together in the Midwest Center for Theological Studies (now Covenant Baptist Seminary) I learned a lot about Ted. I got to see up close some of his hope-filled optimism that fuels his efforts for the kingdom of God. I experienced his contagious joy in the Lord and witnessed his zeal in pursuing God’s will. Once Pastor Ted is convinced that something will benefit the kingdom of God then nothing else really matters—he will pursue it.

More than once I have been on the receiving end of his persuasive arguments for why I should or should not do something. Though he is creative in his approach I always felt like what he was really saying to me was this: “Tom, God loves you and I have a wonderful plan for your life!”

Many of Ted’s plans have been wonderful and blessed of God to see a healthy, gospel preaching church established and prospering and to see the name of Jesus being heralded around the world.

Ted is one of the most perceptive practical theologians that I know. His little booklet, Forbid Them Not, that argues for the legitimacy of baptizing children and young people who give a credible profession of faith is a wonderful example of his ability in this area. In it he demonstrates the authority and sufficiency of Scripture together with practical wisdom that honors every pastor’s desire to deal carefully with the souls of young ones.

I remember one of my first trips to Owensboro riding from place to place with him in his car. He was constantly on the phone, counseling, encouraging, checking on his flock. At that time he had a church directory and I think a telephone book in the back seat and would ask me to look up and dial the numbers so he could talk to people as we drove. I was deeply impressed with how he redeemed the time in caring for the people in his life.

In fact, it was the deep, obvious affection that Pastor Ted has for Heritage Baptist Church that caused me to ask for his help on a book project that contains advice for young pastors. One of the chapters is entitled, “Love Your Flock,” and the only person that I wanted to write that chapter was Ted.

I recently reread his chapter and was reminded why it is one of the most helpful in the book. Ted insists that one of the marks of being called to be a pastor is genuine love for the people of God. Listen to his simple, profound reasoning. He writes:

Since pastors are Christ’s “gift” to the Church (Ephesians 4:11), it is equally unthinkable that He would give under-shepherds who do not love His sheep. The same Savior who loved His own to the uttermost (John 13:1) implants a portion of His spiritual DNA into the heart of every true pastor.

As I am sure many of you must know, Pastor Ted is quite a jokester. He loves to tease, but never at anyone’s expense. In fact, I have come to see it as one of his ways of showing love by helping people feel at ease and enjoy a good laugh. In the early years of our friendship he would call our church office and pretend to be someone else before asking to speak to me. Several times I have had a secretary tell me through laughter that “Pastor Ted” was on the phone for me and then add, “he’s crazy.”

For a while when my daughter, Rachel, was serving as a secretary, Pastor Ted regularly called using one of his disguised voices. Often he introduced himself as “PT, the world-famous radio host,” who was conducting live, on air interviews with church secretaries. He would then proceed to ask her theological questions and her opinions on current events.

Most of the time, however, PT pretended to be a down and out man, often just out of jail, who needed marriage counseling and didn’t want to bother the pastor but wanted the secretary to help him. He’d spin long yarns about gloom, despair and agony and insist that Rachel help him.

The first several times Ted did this, Rachel didn’t know him and tried to be polite and helpful while not really knowing what to do. After a while, though, he couldn’t fool her anymore. Until one day, when the phone rang at the church and a voice on the other end started telling of hardships in life and marital difficulties, wanting Rachel’s advice. She kept asking for his information so that a pastor could call him later and he kept insisting that she could help him on the phone.

Rachel became convinced that it was Pastor Ted and told him so as she gave him ridiculous answers to his questions. Not long after the man hung up, Pastor Ted called and assured Rachel he was not the one who had called earlier and taking great delight in the fact that he had “gotten her” without even making a phone call.

On March 17, 2006 I received an email from Pastor Ted about a brochure that was being printed for the Midwest Center. Actually it was from his secretary, Joan Hobson. But Ted had written it out on a legal pad, I’m sure, for her to type and send to me. He didn’t like my biographical information that had been provided for the copy. So he wrote:

Our brochure is at the printer.  My graphic artist says we need more copy from you in order to keep the bios balanced.  I would be grateful if you could add 2 or 3 sentences that would fit the context.  Please avoid being overly modest.  I need you to send me that enlarged statement immediately.  Sorry for the inconvenience.  Thank you for your help.… If you are unwilling to send additional embellishment, you will have to accept the statement that I myself added.  You will recognize my addition in the italicized sentences.

Dr. Tom Ascol is pastor of Grace Baptist Church in Cape Coral, Florida where he has served the Lord since 1986.  He is also the Executive Director of Founders Ministries and Editor of the Founders Journal. He received a B.S. from Texas A & M University and his M.Div. and Ph.D. degrees from Southwestern Baptist Theological Seminary. He is editor of two significant books, Reclaiming the Gospel and Reforming Churches and Dear Timothy.  He has also contributed articles and chapters to numerous publications. Dr. Tom wants the whole world to know that most of his greatness and excellence is due to the influence of his friend and mentor, Ted Christman.  It is hard for Dr. Tom to even think a thought that has not been profoundly influenced by his profound friend.

If that is an overstatement it is only because there is some truth in it. Pastor Ted, you have influenced me in many wonderful ways—more ways than I am sure I can measure. I am a better pastor, husband, father and friend because of you. My whole family loves you and we thank the Lord for you and your family and for your influence in our lives.