Interesting Times and Changing Times in the SBC 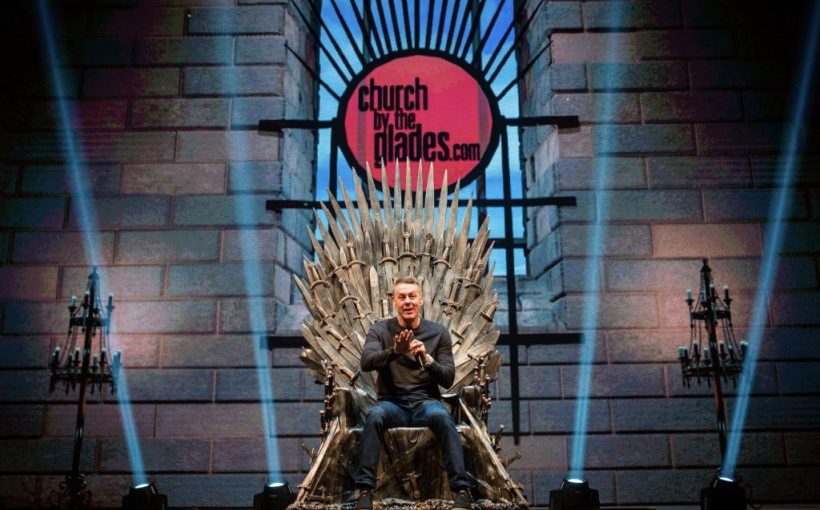 The Chinese have a curse that says, “May you live in interesting times.” If the last eight months have demonstrated anything to Southern Baptists it is that we are living under this Oriental curse. “Interesting” doesn’t mean “all bad,” but in the present case it does at least include, “revealing.”

In fact, hardly a week goes by without shining more light on the dark corners of the SBC. It gives a whole new meaning to “progressive revelation.” It’s like watching the curtain being pulled back on the Wizard of Oz. Most recently we were subjected to back-to-back revelatory moments. First, it was the 2019 Resolution Committee doubling down in trying to justify their promotion of Resolution 9 on “Critical Race Theory and Intersectionality.”

That was quickly followed by the announcement of the 2020 SBC Pastors’ Conference lineup that includes a woman “teaching pastor,” a “four square gospel” pastor, and a Southern Baptist pastor whose church has at least one woman pastor alongside him on staff. Oh, and the Southern Baptist pastor (David Hughes, of Church by the Glades), has regularly used sexual themes and innuendo for sermons and evangelistic strategies.

Consider, for example, some of Pastor Hughes’ sermon series:

Again, these two incidents are simply the latest examples of ways that God is removing the façade that has covered much of Southern Baptist life and forcing all who refuse to close their eyes to face up to serious, heartbreaking realities. The revelations are painful enough in themselves. But the way that SBC leaders have responded in the wake of them is even more telling. More disheartening. And more alarming.

In the two situations I mentioned above, and two more I will mention below, rather than acknowledging mistakes and dealing appropriately with the consequences, those responsible have either ignored concerns raised about their actions or else strongly defended them.

Consider what we have witnessed in the last several months in the progressive revelation of unhealthy realities in the SBC.

The events are bad enough. The responses by SBC leaders to the events are arguably worse. We have seen this play over and over—where those representing Southern Baptists make a questionable if not foolish move, are called to account for it, then either ignore the calls or double-down in defense of their actions. It is as if the words, “That was a mistake; we are sorry,” are not in the official SBC vocabulary.

When asked why one of Hall’s articles on the Southern Seminary website affirming critical race theory was scrubbed, Mohler replied forthrightly, “Because I asked for it to be scrubbed. It was because I did not think it was helpful…If I thought Matt Hall was a danger to the church of Jesus Christ, he would not be the provost of Southern Baptist Seminary.”

I am grateful the article was removed but am not satisfied with Mohler’s response. Why was it posted in the first place? Has Dr. Hall changed his views? Does he now repudiate what he originally wrote? In what ways is the article unhelpful? Is it because of what it says or because common Southern Baptists are judged incapable to appreciate it as we ought?

Another response involved Hall privately repudiating CRT and, after multiple encouragements to do so, publicly renouncing it in an article on the SBTS website. He did not, however, renounce his previous declaration that he is a racist. Nor has he attempted an explanation of how that self-description fits with his repudiation of CRT.

To be even more clear, let me once more spell out the play that is repeatedly being run on Southern Baptists by convention leaders and servants:

Is it any wonder that a growing number of Southern Baptists think that maybe something unhealthy is afoot in their convention? I hear from SBC pastors daily who are frustrated and agitated by what they see going on in their convention. Most are disillusioned and ready to lead their churches to withdraw (I heard of over 70 such churches just last week). My counsel has been to remind every Southern Baptist that the entities, institutions, and agencies of the SBC belong to the churches and the churches must hold them accountable.

These are indeed interesting times, but they are also times that, as Bob Dylan sang, “are a-changing.” Faithful Southern Baptist pastors and church members are no longer willing to be treated like mushrooms by Southern Baptist committees and denominational leaders (you know how to treat mushrooms, right? You keep them in the dark and feed them horse manure).

We expect accountability from our leaders. We aren’t interested in word salad responses to serious questions nor will we settle for mere window dressing when real problems need to be addressed.