Introduction: A New Journal on an Old (Eternally Old) Issue 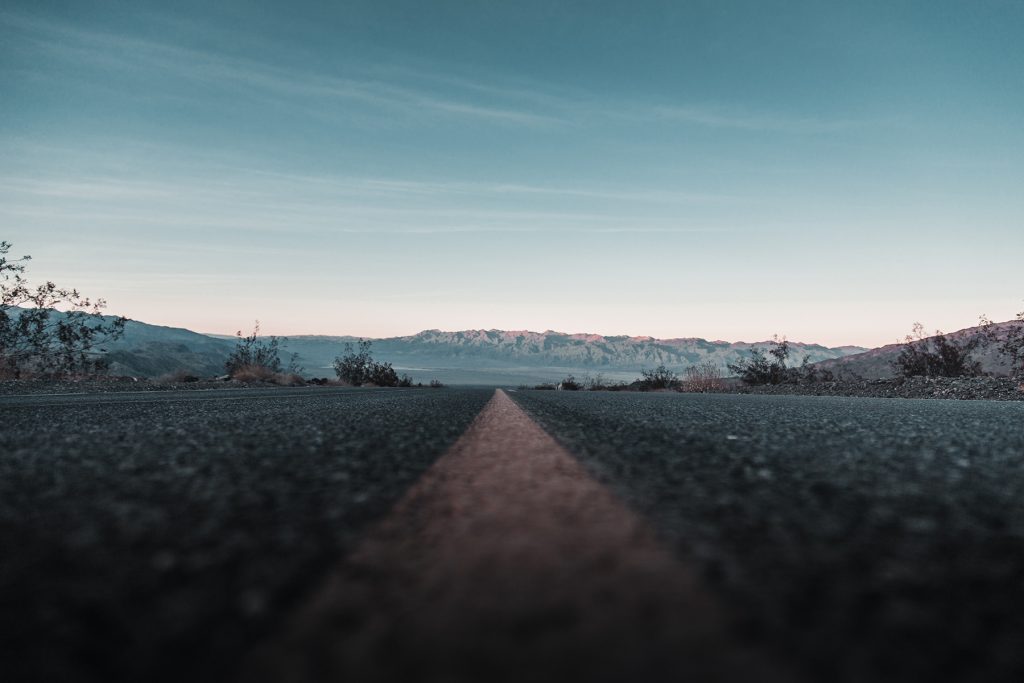 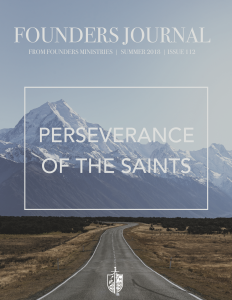 The Perseverance of the Saints

Having carefully set forth biblical teaching concerning decrees, eternal covenant, creation, providence, election, sin, the person and work of Christ, effectual calling, repentance and faith, justification, adoption, good works, et al. the confession presses these ideas together and affirms that “Those whom God hath accepted in the beloved, effectually called and sanctified by his Spirit, and given the precious faith of his elect unto, can neither totally nor finally fall from the state of grace; but shall certainly persevere therein to the end and be eternally saved.” God’s gifts of saving grace are irrevocable, not because of us, but because of the immutability of His eternal decree, the absolute efficacy and justice of Christ’s atoning work, the effectual and invincible transforming power of the Holy Spirit, and the continued intercession of our advocate, Jesus Christ the righteous one. This article borrows from the First London Confession and is informed also by certain phrases of the True Confession of the Separatists as well as the Westminster Confession of Faith. A picturesque flow of words emphasizing the certainty of the salvation of the elect comes largely from the First London Confession:

And though many storms and floods arise and beat against them, yet they shall never be able to take them off the foundation and rock which by faith they are fastened upon: notwithstanding through unbelief and the temptation of Satan the sensible sight of the light and love of God, may for a time be clouded, and obscured from them, yet he is still the same, and they shall be sure to be kept by the power of God unto salvation, there they shall enjoy their purchased possession, they being engraven upon the palms of his hands, and their names having been written in the book of life from all Eternity.”

To some this seems almost too good to be true. God takes people to heaven—the place free from pain, sickness, want, sin, destruction, natural disaster, death, and sadness—through no merit of their own but solely according to His unfettered eternal grace. Nothing can interrupt or make Him falter in His purpose to do so. Surely we must do something to be worthy of such a final state. Or perhaps we can do something to fall off the sure path to heaven or fail to do something that would maintain a steady course to arrive there finally. Can it really be true that “He who began a good work in you will perfect it [bring it to completion] until the day of Christ Jesus,” and that He Himself “will confirm you to the end, blameless in the day of our Lord Jesus Christ” for “God is faithful, through whom you were called into fellowship with His Son, Jesus Christ our Lord” (Philippians 1:6; 1 Corinthians 1:8, 9 NASB 1995]). The answers are, “No,” we can do nothing to alter God’s decreed course of eternal life for His elect, and “Yes” God Himself will see to it that it is done.

In fact, God will leave everyone to his or her free choice in this matter and give them the desires of their heart. For some that means they will continue freely to pursue their course of life in accord with the “course of this world, according to the prince of the power of the air” and will indulge most freely in the “desire of the flesh and of the mind” manifesting that they are by nature and so freely choose to be “children of wrath.” Others, however, will choose the path to heaven for there is worked in them a taste of the heavenly to such a degree that their desires for knowing the sufferings of Christ along with the following glories in the presence of the triune God compel them to forsake all earthly things in order to attain the resurrection of the dead. They relish the promise of being like Christ. They really do want to see Christ in His glory and really do learn to despise the perishable glories and illicit pleasures of this life for the joy and pleasure that perishes not. Their desires have been changed by a powerful working of God’s Spirit in conjunction with the truth of Scripture and do not feel that they are being coerced to do something they do not want to do. They are aware of the contrary nature of the flesh and indwelling sin, but they hate its presence and by the Spirit they put to death the deeds of the flesh. They are willing to endure the many storms and floods that arise and beat against them for they have seen the heavenly city and they journey toward the company of myriads of angels, to the eternal church of all the firstborn enrolled in heaven, to the spirits of just men made perfect; they will see without fear God the judge of all, and will be with Jesus the mediator and fulfiller of a new covenant established by the sprinkling of His own blood (Hebrews 12:22–24).

Yes, as the martyrial witness from the first through the twenty-first centuries demonstrates, persons do go to heaven of their own free will, testifying to their complete indebtedness to grace, hating their present lives for the sake of eternal life and the inexhaustibly glorious presence of the Savior, Jesus Christ.

We hope this exposition of Chapter XVII of the Second London Confession will encourage its readers with a deeper sense of gratitude for the grace of God and a more profound determination to take up the cross and follow Christ.

Jim Scott Orrick has written a book entitled Mere Calvinism. It will be released in January 2019 published by P&R. It is a charming display of the so-called TULIP acronym employing his inimitable combination of catechism precision, biblical argument, theological integration, illustrations from hunting, tanning, bee-keeping, hitch-hiking, bow-hunting (and making), as well as experiences from being a pastor and a father. He has allowed us to use his chapter on Perseverance from that book. This version is approximately 50% of its original form.

Rob Richey’s exposition of paragraph two provides a rich theological engagement with the doctrine of perseverance in all of its supportive ligaments throughout the confession. Rob has served as a pastor (and continues to do so), a valuable and encouraging church-member, a football coach in Christian high schools, and has been in the classroom teaching a variety of courses in Bible, doctrine, and ethics for more than three decades. His insight into the goodness of the Lord as he has observed the Christian perseverance of his daughter as she and her husband formulate Christian witness in the midst of seeing two daughters struggle with incurable childhood conditions looms in the background of his perceptions of this doctrine. His ThD dissertation on John Bunyan provides a thoughtful academic background for his interaction with this subject in particular.

Jeff Robinson, a pastor, writer, professor, editor, dad, and husband has given us a transparent look at paragraph three using both doctrinal exposition of Scripture and a theologically interpreted narrative of life. The often stultifying effect of indwelling sin (“the prevalency of corruption remaining within them”) provides the background for the preserving, all-conquering grace of God in securing the saints’ perseverance. Jeff’s skills as a writer, his care as an expositor, his sober doctrinal reflection, and his firm biblically-oriented grasp of his own pilgrimage combine to give rich personal and pastoral ambience to that exposition.

Baruch Maoz served for thirty-three years as pastor of a Christian congregation in Israel. He has shared with his characteristic candor “Five Things I Needed to Learn as a Pastor.” In a disarming and charming way Baruch tells of his pilgrimage in discovering that he needed to learn these things and that one never completes this specific course of learning. His narrative opens to readers something of the power of God’s preserving grace in producing perseverance in those whom he calls to pastoral ministry.

Founders Ministries submits this issue of The Founders Journal with the prayer that each reader will find reason to glorify God for his rich mercy in the call to endure to the end.