Is Jake Tapper Going to Hell? 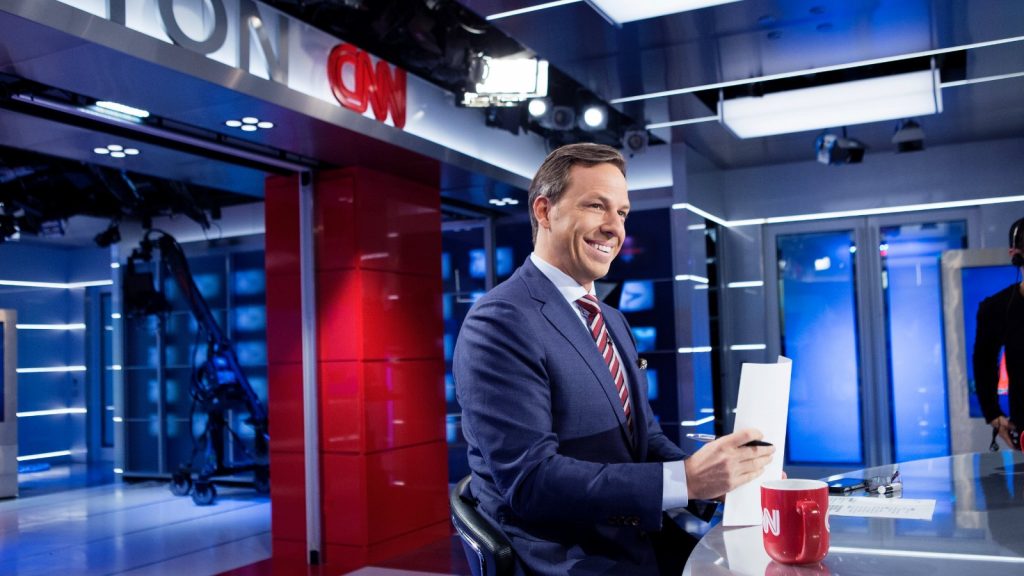 Jake Tapper is upset that I believe that he is going to hell. He took to Twitter to voice his complaint:

you think Manchin is being harsh about Neera, this dude says I'm going to hell because i tweeted out a Washington Post storyhttps://t.co/srTtXzzdj5

Well, spreading lies and slander will send people to hell (“all liars” will have “their portion” in the lake that burns with fire and sulfur, which is the second death,” Revelation 21:8), but that was not really my point, as I explain below.

He linked to what pastors in Missouri have described to me as “a liberal rag sheet” that originates in their state. The editor of said rag did a story on a recent episode of The Sword and the Trowel, in which Jared Longshore and I discussed the scurrilous misrepresentation of Tom Buck by unbelievers and believers alike for saying that Vice President Kamala Harris is no more of a role model for young girls today than Jezebel was for young girls in the Old Testament era.

Jared explained what that Jezebelian intersection exposed about certain sectors of modern Christianity in a previous article. As he and I discussed it on the podcast, I said, “Kamala Harris is going to hell without Christ.… [Anne] Branigin is going to hell. Jake Tapper is going to hell if they think what they are promoting is right, good, and true.” I do not see how anyone can take the Bible seriously and disagree with those assessments. Jake Tapper promoted an article by Anne Branigin that was filled with slander and castigations against a Christian pastor merely for doing what His Savior did in comparing a woman whose godless actions have destroyed many to an Old Testament woman named, Jezebel (Revelation 2:20-23).

I am old enough to remember when such convictions were simply part and parcel of basic Christianity. But from the outcry that resulted from some Christian pastors, it is obvious that those days are gone. But here are the simple facts set forth in the Bible: Anybody who does not savingly trust Jesus Christ will go to hell. That’s true of Jake Tapper, Kamala Harris, Tom Ascol, and any other sinner.

Today such convictions are narrow-minded and out of fashion with the more refined and sophisticated versions of Christianity that are so popular. When tone is more important than truth you can be sure hell is a topic that is ruled out of bounds. But I believe in hell because of Jesus.

As His follower I believe that there actually is a place of eternal punishment for people who die in their sins, separated from God forever and under His never-ending wrath. The reason I believe this way is because Jesus Christ is Lord and I have entrusted myself to Him. He is my Savior, my Friend, my elder Brother. And I am His joyful, willing slave. And Jesus says more about hell than anyone else in the New Testament. So, you can’t really love Jesus and reject what He says.

When tone is more important than truth you can be sure hell is a topic that is ruled out of bounds.

And He says a lot about hell. The Gospels recount His specific use of the word fifteen times. That is in addition to the more than a dozen times that He describes it without using the word “hell.” He warns those who profess to be His disciples that, if they fail to deal ruthlessly with the sin that remains within them, they will go to hell.

On another occasion He told His disciples to fear God because God can cast people into hell.

I tell you, my friends, do not fear those who kill the body, and after that have nothing more that they can do. But I will warn you whom to fear: fear him who, after he has killed, has authority to cast into hell. Yes, I tell you, fear him! (Luke 12:4-5; see Matthew 10:28).

He also warns people not to die in their sins, separated from God, by describing the horrors of hell as their eternal destiny. Jesus warns about the Day of Judgment and the great separation between believers and unbelievers that will take place on that occasion.

Then he will say to those on his left, “Depart from me, you cursed, into the eternal fire prepared for the devil and his angels” (Matthew 25:41).

In Mark 9:48 Jesus describes hell as the place “where their worm does not die and the fire is not quenched.”

Hell is real. It is a horrible reality. Jake Tapper and Anne Branigin may joke about it, but hell is the destiny of all who die in their sins having never trusted Jesus Christ as Lord. Hell is what sin against our holy, innocent, righteous God deserves. The reason that people downplay it today or refuse to believe in it at all is because they do not believe what Scripture teaches us about God. To believe the truth about God requires that we see any and all sin against Him as worthy of eternal damnation. Anything less would be a miscarriage of judgment. For a judgment to be righteous the punishment must fit the crime. And the only fitting punishment for crimes against the infinitely holy God is unending damnation.

That’s how holy God is and that’s how serious disobedience to Him is.

The reason that people downplay hell today or refuse to believe in it at all is because they do not believe what Scripture teaches us about God.

This is why Jesus had to die on the cross. In order to save sinners from our sin and the hell that we deserve, He had to take our place. He had to pay for our sin. And the only just payment for sin is hell—the unending wrath of God. When Jesus, the infinite God-man, submitted to God’s wrath on the cross, He experienced hell. And He experienced that—He paid for the sins—for anyone and everyone who will confess their sins, repent of them, and trust Him as Lord. He is the way of salvation from sin, death, and hell. And He is the only way. As He said, “I am the way, the truth, and the life. No one comes to the Father except through me” (John 14:6).

This is what makes the message of Jesus Christ good news. By His life, death, and resurrection He has accomplished salvation for anyone and everyone who will trust Him. That good news is for even the worst of sinners. It is good news for me. Out of sheer grace, God has opened my eyes to see and believe this amazing truth and trust Jesus.

It is good news for Jake Tapper and Kamala Harris, too…if they will repent of their sin against God and trust Jesus as Lord. That is my genuine desire. Since she became the Vice President of the United States, I have been praying for Kamala Harris (and President Biden) to trust in Christ. Now, I am also praying for Jake Tapper to come to know God through Jesus Christ. I encourage other Christians to join me in praying for them.

After all, as the Apostle Paul writes, “What do you have that you did not receive? If then you received it, why do you boast as if you did not receive it?” (1 Corinthians 4:7). The only reason anyone escapes hell is God’s grace. And it is the very nature of grace to be free and undeserved. So, it is available to all who will trust Jesus Christ—from CNN Anchors to Vice Presidents. And it is available to you.