Is the BFM 2000 View of Women in Ministry an Innovation? 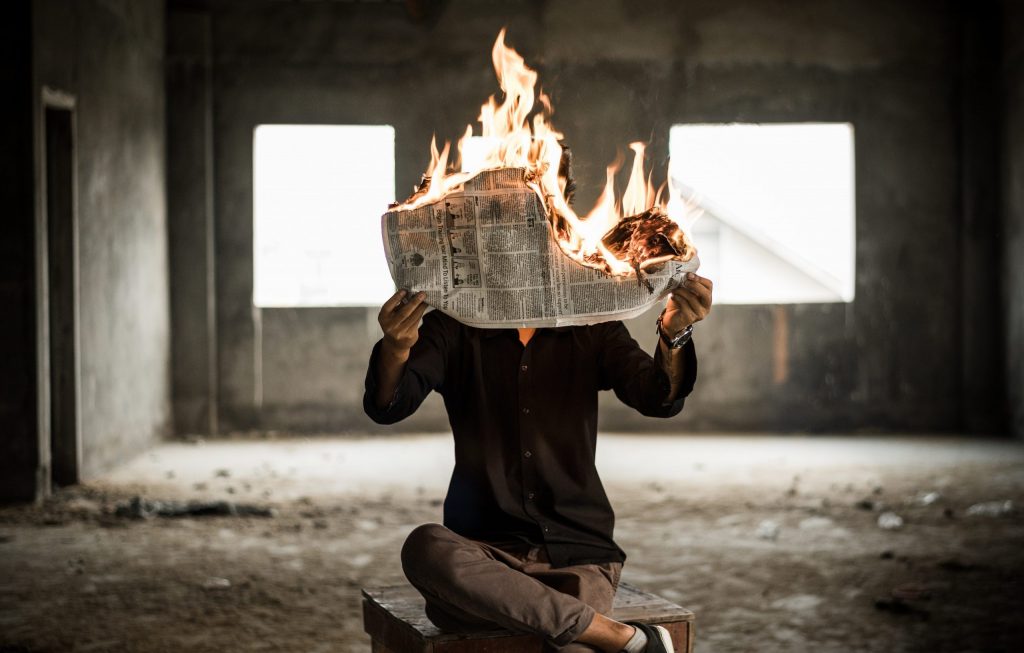 In a recent post, Oklahoma Baptist Pastor Wade Burleson has attacked (again) the idea the Bible prohibits women from holding the New Testament position of pastor-bishop- elder. He approaches this from several angles, but the presentation overall is such a conglomerate of misimpressions and non-sequiturs that one is hard-pressed to grasp any coherence in his argument, or if there is any argument, beyond mere assertions, at all.

As one point of his contention he states, “Southern Baptists have always been known as ‘people of the book.’ That’s why from its formation in 1845 to the end of the 20th century, gifted and humble Southern Baptist men and women shared leadership in our Convention.” How this contributes substantially to his position is a mystery. Could he demonstrate that any church that joined the SBC in 1845 had a woman as pastor. I propose it would be impossible to prove, for such did not exist.

He should consider arguing that John A. Broadus’s argument against women serving as pastors, or speaking in a mixed assembly, was an idiosyncratic view and did not represent the general consensus of Southern Baptists at the time. Broadus, referring to 1 Corinthians 14:34f and 1 Timothy 2:11-15 stated, “Now it does not need to be urged that these two passages from the Apostle Paul do definitely and strongly forbid that women shall speak in mixed public assemblies. No one can afford to question that such is the most obvious meaning of the apostle’s commands.” Broadus discussed several attempts to sidestep this clear teaching of Paul and rejected each of them showing how each argument broke down. It was particularly relevant to Broadus that Paul based his prohibition, not on any temporary cultural phenomenon, but on the immovable ground of creation and fall. On the other hand, he recognized that the cultural influence of the suffragettes, the Temperance Union, Quaker practices, Methodist testifying meetings, and even missionary societies had contributed to some uneasiness with Paul. Paul must be at odds with Jesus or have some unwarranted prejudice against women. Careful, Broadus warned. “As to crying out against the Bible for teaching ‘the subjection of woman,’ leave that to Ingersoll.  . . . But that the Bible does teach subjection, and that the apostle makes that his special reason for the prohibition before us, would seem to be quite beyond question.” Broadus made the point near the end, “I have scarcely ever conversed with any advocate of women’s speaking in mixed assemblies who did not, sooner or later, deny the Apostle Paul’s inspired authority in this matter.”

Again, Burleson cites Scripture and condenses ideas that either are false or have no relation to the position he wants to establish. For example, he makes the absolute generalized claim that “Nobody rules over anybody in Christ’s Kingdom but Christ” and that “Christ alone has all spiritual authority in His Kingdom (Matthew 28:18). Certainly no one is going to argue against the preeminent authority of Christ over his church, or against the general truth of Christian love and fellowship that we should “in love serve one another.” Nor should any invent systems of authority that are of mere human origin; rather, if Christ rules and he himself establishes an order of authority in the church, it is not opposed to the new covenant to follow his orders. Burleson opines in an absolutistic way that “shared leadership between men and women in the home, the church, and the Convention is the New Testament norm.” It is, therefore, an error in his view to posit that Christ has indeed established that some Christian men may have “spiritual authority” over God’s people. With breathtaking confidence Burleson asserts that it is a mistake to teach male leadership in the home and the church. The idea of a “submissive attitude” on the part of a woman is a violation of the New Testament standard, a direct contradiction “to the infallible and inerrant teaching of the New Testament.” Strangely, not according to Broadus, the inerrantist New Testament authority.

When a person makes general observations about the overall relation of Christians to one another according to the New Testament, he does not eliminate the necessity of giving a credible synthesis of specific passages that seem at odds with his absolute generalization. Has Pastor Burleson overlooked the passages in Hebrews 13: 17 -“Obey your leaders and submit to them, for they are keeping watch over your souls, as those who will have to give an account?” Or how does his “no authority” rubric relate to Titus 2: 15 – “Declare these things, exhort and rebuke with all authority. Let no one disregard you.” Certainly, authority is stated as a function of the church’s teacher clearly implied in 1 Timothy 2:12, where Paul wrote concerning his apostolic teaching in all the churches “I do not permit a woman to teach or to exercise authority over a man; rather she is to remain quiet.” Or should Timothy not take Paul seriously when he wrote, “Command and teach these things” (1 Timothy 4:11) and then further instructed him “Reprove, rebuke, and exhort, with complete patience and teaching” (2 Timothy 4:2). Or how does Paul’s word to Titus fit Burleson’s no authority scheme? “Therefore, rebuke them sharply that they may be sound in the faith.” I am not suggesting that Burleson, as a seasoned pastor and preacher, has no way of locating these within the system he is seeking to promote, but the mere words beg for some serious expansion and explanation of his position. As he states it in this article, it simply is not true.

In the same way, many passages beg for a consistent orientation into his ridicule of “submission” and his absolute egalitarian emphasis on the relation of men and women in the home. Such passages as “The head of a wife is her husband, and the head of Christ is God. (1 Cor 11:3). The relation means at least that there is a coexistence of equality of essence but a fitting position of submission intrinsic to the relation of persons. Again, how does the language of Ephesians 5:22-24 fit Burleson’s scheme. “Wives, submit to your own husbands, as to the Lord. For the husband is the head of the wife even as Christ is the head of the church, his body, and is himself the savior. Now as the church submits to Christ, so also wives should submit in everything to their husbands.” The “submitting to one another” words of verse 21, are given clear definition  in the verses that follow showing the respective roles in the ordering of relations: Wives to husbands and their reciprocal obligation; children to parents and their reciprocal obligation; slaves to masters and their reciprocal obligation (Ephesians 5:22-6:9). It is not as simple as merely declaring mutual submission, mutual love, and shared leadership as if the invoking of such vocabulary made the resolution of the issue self-evident.

Facts, however, do not seem to deter Pastor Burleson from making absolutistic proclamations. He states, “Never before in a Baptist Confession of Faith, from a time period that encompasses AD 1500 to AD 2000, did a Baptist confession ever limit the role of gifted women in the Kingdom of Christ. Never.”

It seems that Pastor Burleson forgot the First London Confession article XLIV. This statement relates both to the issue of Christ’s having granted different levels of authority to individuals in the church and the distinct statement that these are men, while at the same time they do not diminish the necessity of all the saints watching over one another.  “And as Christ for the keeping of this Church in holy and orderly communion, placeth some speciall men over the Church,  who by their office are to governe, oversee, visit, watch; so likewise for the better keeping  thereof in all places,  by the members , he hath given authorities, and laid dutie upon all, to watch over one another.”

Also he overlooked the “Faith and Practice of thirty Congregations” of 1651 which states clearly, “That it is the good pleasure of God, which hath given gifts of his grace to the saints or Church of God, that some of the gifted men should be appointed or set apart to attend upon the preaching of the word,.”

Perhaps also he forgot about the Somerset Confession that has an article containing twenty-one “commandments of Jesus” that are to be observed by the “company of men and women separated out of the world by the preaching of the gospel.” This list contains such exhortations as “Constancy in prayer (Col 2:23, 24)”; “Breaking of bread (1 Cor 11:23, 24)”; “Giving of thanks (Eph. 5:20)”; “Submitting one to another in the Lord (1 Peter 5:5).” Number 15 in this list states “The women in the church to learn in silence, and in all subjection” citing 1 Timothy 2:11 and 1 Corinthians 14:37. That having been stated it should be no difficulty to reason that article XXXI refers not to women but only to men: “That the church of Jesus Christ with its ministry may from among themselves, make choice of such members, as are fitly qualified by Christ, and approve and ordain such by fasting, prayer, and laying on of hands (Acts 13:3; 14:23), for the performance of the several duties, whereunto they are called (Acts 20:28; Romans 12:6, 7 8; 2 Timothy 4:2; Acts 6:3).

The Philadelphia Association, the first Baptist Association in America and the mother of several others including the Charleston Association under the influence of Oliver Hart, regularly considered “queries” presented to the association by the member churches. In 1746 it considered a query “Whether women may or ought to have their votes in the church, in such matters as the church shall agree to be decided by votes?” In a thoughtful consideration of the implications of 1 Corinthians 14:34, 35, the association concluded that the prohibition was not an absolute prohibition to be observed in all cases of church duty. A woman must be able to make a confession of her faith to the satisfaction of the entire congregation, and in so doing, must be able to speak or else the church could not judge “whether a woman be in the faith or no.” Also, a woman offended, after private engagement with the offender, must be able to present her case before the entire church according to the rule of Matthew 18:17.  Moreover, “How shall a woman do, if she be an evidence to a matter of fact? Shall the church grope in the dark for want of her evidence to clear the doubt?” Beyond that, a woman must be able to defend herself before the church if she is wrongfully accused. In such a case she must be allowed to speak. Several occasions emerge, therefore, “in and by which women, as members of the body, may discharge their conscience and duty towards God and men.” None of this is “inconsistent with the silence and subjection enjoined on them by the law of God and nature.” The particular silence and subjection, therefore, enjoined on women in the church of God “is such a silence as excludes all women whomsoever from all degrees of teaching, ruling, governing, dictating, and leading in the church of God.” That being the particular exclusion intended by the Scripture, a woman’s vote “ought to be called for, heard, and maturely considered, without contempt.”

Thus, we see that the exclusion of women from the office and function of a pastor is not an invention of Paige Patterson or any other participant in the Conservative Resurgence, but has a long and early pedigree in Baptist ecclesiology and is stated in the confessional tradition. In addition, the language of Scripture calls for a more careful treatment of this issue than Pastor Burleson gives it.