J.B. Gambrell, J.M. Frost and LifeWay (the modern Sunday School Board of the SBC)

LifeWay Christian Resources is “one of the world’s largest providers of Christian products and services.” Operating as an agency of the Southern Baptist Convention (SBC), LifeWay is not dependent on any funds collected through the SBC. Although LifeWay operates more than 160 retail stores and has various ministry assignments, the way that most people related to the entity is as a publishing house. 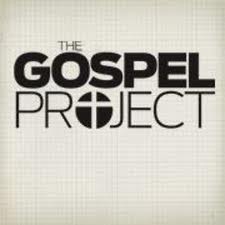 In fact, LifeWay is one of the world’s largest publishers of Christian books. One of its most recent—and successful—publications is The Gospel Project, a small group curriculum that is designed to show how the whole Bible is about God’s saving work in Jesus Christ. Recent sales figures indicate that The Gospel Project (TGP) is now being used by more than 500,000 people each week. That is good news for people who love the gospel and want to see it propagated to unbelievers and taught more carefully to believers.

It is hard to conceive anyone being upset over the success of a curriculum that is designed to show that the whole point of the Bible is Jesus Christ, but sadly, such is the case. Some of the more conspiratorial bent have accused TGP of being a covert operation designed to further a “Calvinist agenda” in the SBC. One employee of a Southern Baptist college went so far as to accuse the publishers of “treason” for quoting “Anglicans, Methodists and Presbys [sic]” in TGP material.

Such bigoted provincialism reminded me of warnings that were issued at origin of LifeWay, or the Sunday School Board of the Southern Baptist Convention, as it was called at its inception in 1891. Though many were in favor of the establishment of such a board, strong, respected voices in the convention opposed it. Through an ingenious and effective proposal the board was finally established and has served as a powerful influence for Southern Baptists for well over a century.

The story of the board’s formation in the midst of strong support and serious concerns is fascinating and serves as a reminder that first and foremost, Southern Baptists are kingdom people before they are denomininationalists.

The first Southern Baptist Sunday School and Publication Board began in 1863 but never could overcome the ravages of the war and its after-effects and consequently lasted only ten years. In the ensuing years much discussion and debate swirled around the question of whether or not a new and separate Sunday School Board should be created. J. M. Frost of Virginia was a strong advocate of the idea and in 1890 wrote a public proposal for the creation of such a board. He was opposed by all but two of the Baptist papers in the South, including the Mississippi Baptist Record and its influential editor, J.B. Gambrell. At the 1890 convention which met in Ft. Worth, a special committee was appointed to bring a report on the matter before the whole body. Gambrell and Frost served on that committee along with B. H. Carroll, John Broadus, E. C. Dargan and others. With two dissenting votes, one of which was Gambrell’s, the committee recommended the formation of a new SS Committee. Despite the recommendation, the matter was far from settled.

As the 1891 convention in Birmingham approached, tensions were high over this question. Another committee was appointed and it soon became apparent that the two sides were entrenched in their positions. J. M. Frost, a proponent of creating

a new board, and Gambrell, who was opposed to the idea, were appointed a subcommittee and sent to a room in the Florence Hotel to resolve the issue. After praying and talking most of the day, Gambrell agreed to let Frost write the final proposal to the convention, provided that he (Gambrell) could write the final paragraph. Frost agreed, on the condition that Gambrell let him write the final sentence. So a proposal was made and adopted to begin the present SSB in 1891.

The last paragraph of the proposal expresses the concern that Southern Baptist churches and pastors should be accorded “the fullest freedom of choice” in selecting what literature to use in their congregations. Let the Board publish curricula and let the churches decide whether or not they will use such publications. That, it seems to me, is the Baptist way.

Read the classic final paragraph with its classic final sentence below. And thank the Lord for the wonderful heritage that we have as Baptists whose publishing efforts are being blessed by God in wonderful ways in our generation.

Gambrell: “In conclusion your committee, in its long and earnest consideration of this whole matter in all its environments, have been compelled to take account of the well known fact, that there are widely divergent views held among us by brethren equally earnest, consecrated and devoted to the best interest of the Master’s Kingdom. It is therefore, recommended that the fullest freedom of choice be accorded to everyone as to what literature he will use or support, and that no brother be disparaged in the slightest degree on account of what he may do in the exercise of his right as Christ’s freeman. [and then Frost’s final sentence:] But we would earnestly urge all brethren to give to this Board a fair consideration, and in no case to obstruct it in the great work assigned it by this Convention.”