Logic on Fire: The Life of Lloyd-Jones Comes to the Screen 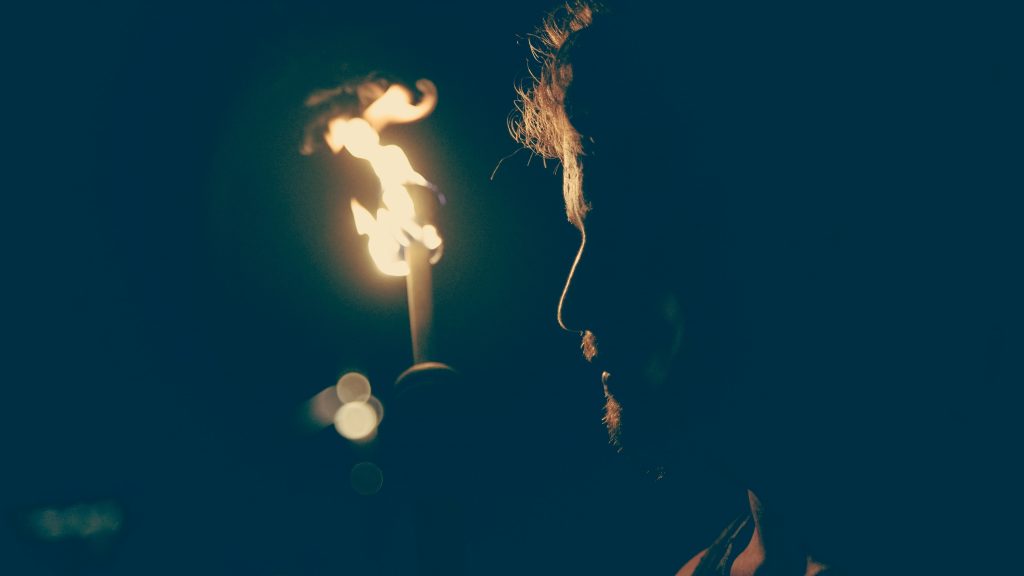 R. C. Sproul says Martyn Lloyd-Jones was to 20th century England what Charles Spurgeon was to 19th century England. The very mention of Lloyd-Jones name among evangelicals brings to mind a man deeply committed to verse-by-verse preaching of the Word of God with a pathos that is rare in the history of the church.

Media Gratiae, a Mississippi-based ministry that creates film, print, and electronic media, has produced a brand-new film, Logic on Fire: The Life and Legacy of Dr. Martyn Lloyd-Jones, chronicling the ministry of the great British preacher.

I corresponded with the film’s director, Matthew Robinson, to discuss the movie and his company’s motivation for bringing to video a man so dear to many Reformed evangelicals.

What prompted you to do this film? Why Lloyd-Jones and not another figure?

I’ve written more fully about the personal impetus behind making the film in my director’s statement (printed in the book that accompanies the Logic on Fire film package), but I would like to mention two things for TGC readers.

We see people from all over the spectrum of conservative evangelicalism becoming more and more conversant with Lloyd-Jones, and that’s a great thing. But it’s my sense that most interact with him in much the same way that we might with, say, Thomas Brooks or Richard Sibbes. We hold their names in high esteem, we like and share and tweet their quotes online, we quote them in our sermons. When we invest the time to read them at length, we find them to be helpful on the texts they expound.

However, most of us know little to nothing about their personal lives or the patterns they followed in ministry. Consequently, the choices they made in these areas rarely challenge or encourage us in our own lives and ministries. This kind of approach to interacting with Martyn Lloyd-Jones is especially unfortunate. As gifted a preacher as he was, I am deeply convicted that it is as important for our generation to understand why he made the kinds of choices he did in life and ministry as it is for us to understand his expositions of Romans, Ephesians, or the Sermon on the Mount—and that is saying quite a lot. This pattern and series of choices is as crucial for those in the current “Reformed resurgence” to do business with as it is for the “old guard” in all conservative evangelical traditions. The message that came through Lloyd-Jones’s life and ministry (thus, the message of the Logic on Fire film) is a 2,000-year-old message that must be reiterated and re-demonstrated to every subsequent generation. It is my great hope that the film will play some small part in this process.

Who were some of your main sources on Lloyd-Jones?

We have the happy privilege of sitting down with the people who knew Lloyd-Jones best—his daughters and grandchildren, his biographer Iain Murray, his close friends Vernon Higham and others, as well as many of the men he poured his life into as a “minister’s minister” through the Westminster Fellowship, the Bala Conference, and so on. These firsthand sources tell us about the David Martyn Lloyd-Jones who really was, not one they’ve merely read about or studied. The last year of my work really has been a documentary maker’s dream scenario.

Briefly take us through the film.

Logic on Fire is a feature-length narrationless documentary made by combining indirect interview with b-roll we shot on location in England and Wales, historic period newsreel footage, audio of Lloyd-Jones’s preaching, and never-before-seen Super 8 ciné films and photographs of the doctor and his family that were uncovered along the way.

The film begins with a montage of Lloyd-Jones’s family and friends as well as some of the most well-known evangelical leaders of our day telling us who Martyn Lloyd-Jones is and why we should listen to him today. After this extended introduction, the viewer washes up onto the rocky shores of the West Wales, just below Aberystwyth, and travels about 12 miles inland to Lloyd-Jones’s childhood home of Llangeitho. Remember that in 1982 Christianity Today wrote, “If D. Martyn Lloyd-Jones’s life were a novel it would be panned by critics as too unrealistic.

Because his life is a historical reality we are left to wonder at the providential energy that could have effected such an astonishing career.” For an hour and 42 minutes we simply follow that astonishing life—from the villages of mid-Wales to the halls of St. Bartholomew’s Hospital, and his meteoric rise in London’s most prestigious medical practice, to his conversion and subsequent call to ministry, back to Wales as he takes his first pastorate at Sanfields, to London as he assists and ultimately replaces G. Campbell Morgan as pastor of Westminster Chapel, through his incredibly active retirement years and his passing into the glory on St. David’s Day in 1981.

Is there anything in the film that might surprise longtime Lloyd-Jones admirers?

I hope that there are many—especially in the family sections. Jonathan Catherwood has told me from the beginning of this process that he loves to gently disabuse people of the notion that his grandfather was some sort of harsh or stoic man at home. The family is especially sensitive to the fact that Dacu [pronounced “Da-key,” Welsh name for maternal grandfather] has been misunderstood because of the fierce-looking facial expressions in the limited number of photos of MLJ that have circulated up until Logic on Fire’s release.

The same profile emerges in each of the grandchildren’s interviews: a gentle, wise, loving, fun-loving, and joyful grandfather who loved sharing chocolate and sports with his grandchildren, and who his took his role as their Dacu just as seriously as he did his role as a minister of the gospel. There are some wonderful candid stories from the grandchildren describing the ways the doctor enjoyed spending leisure time with them that are so hilarious because they cut right against the image we may have unconsciously fostered of Lloyd-Jones being a stern and over-serious man in every situation.

Also, a surprisingly wonderful stroke of providential kindness is the previously unknown Super 8 cine film footage of Dacu on holiday with his family. These films were shot by the doctor’s son-in-law, Fred Catherwood, between 1959 and 1971, and they had been in a storage unit in Cambridge until Jonathan found them just last year. Thankfully they weren’t damaged or deteriorated, and the family had them digitized and allowed us to put the clips of Lloyd-Jones in our film to be seen by the world for the first time. It’s one thing to hear about the doctor’s joy at having his granddaughter playing with a toy on his lap, or at mercilessly besting his grandsons in golf, but it’s quite another thing to see it for yourself.

The feature film is only one part of the Logic on Fire package. Our deluxe custom packaging contains three dual-layer DVDs with more than six hours of video (including extended interviews, featurettes, and more); five postcard prints; and an opulent clothbound, embossed, foiled, full-color, 128-page book full of unpublished sermons, photos, memorabilia, and more. Think of Logic on Fire as being the Lord of the Rings extended edition/ultimate fan package for MLJ enthusiasts and those who should be.

Briefly tell us about your company, Media Gratiae. What other works have you done, and what is on the docket?

Media Gratiae is a division of American Family Studios, a ministry based in Tupelo, Mississippi. We are committed to producing multimedia projects that are, as our name indicates, focused on the means of grace. We believe that Christ has fully accomplished the redemption that the Father planned, and now the Spirit is applying that grace in time to the lives of God’s people all around the world. We believe that God has appointed certain “means” to serve as the channels through which the Spirit applies that grace, and that the preached, read, and studied Word of God is chief among them.

In early 2013, Media Gratiae released our first major project, a 12-week multimedia Bible study Behold Your God: Rethinking God Biblically, authored by John Snyder and featuring Paul Washer, Conrad Mbewe and others. The 35,000th Behold Your God workbook has just rolled off the presses this week, and we have seen the study go literally around the world. It’s a study for churches to use in small group settings or Sunday school classes that focuses on applying the character of God to the most common areas of the Christian life. There is also a church history element to the study in that each week we travel to locations in England, Scotland, Wales, New England, and so on, to introduce the week’s lesson through the life of a man or woman who exemplified the subject. We visit places associated with well-known men like Charles Spurgeon, Jonathan Edwards, George Muller, George Whitfield, Samuel Rutherford, A. W. Tozer, and Martyn Lloyd-Jones, as well as others who should be well-known like Robert Murray M’Cheyne, Daniel Rowland, Amy Carmichael, and Timothy Dwight. We even use the infamous Charles Finney as an example of what can go wrong in our week on the danger of “Beholding a Lesser God.” There’s an overview video, a cinematic trailer for the study, and more at beholdyourgod.org as well as the entire first week of the study, available for free.