Love Is Not Love 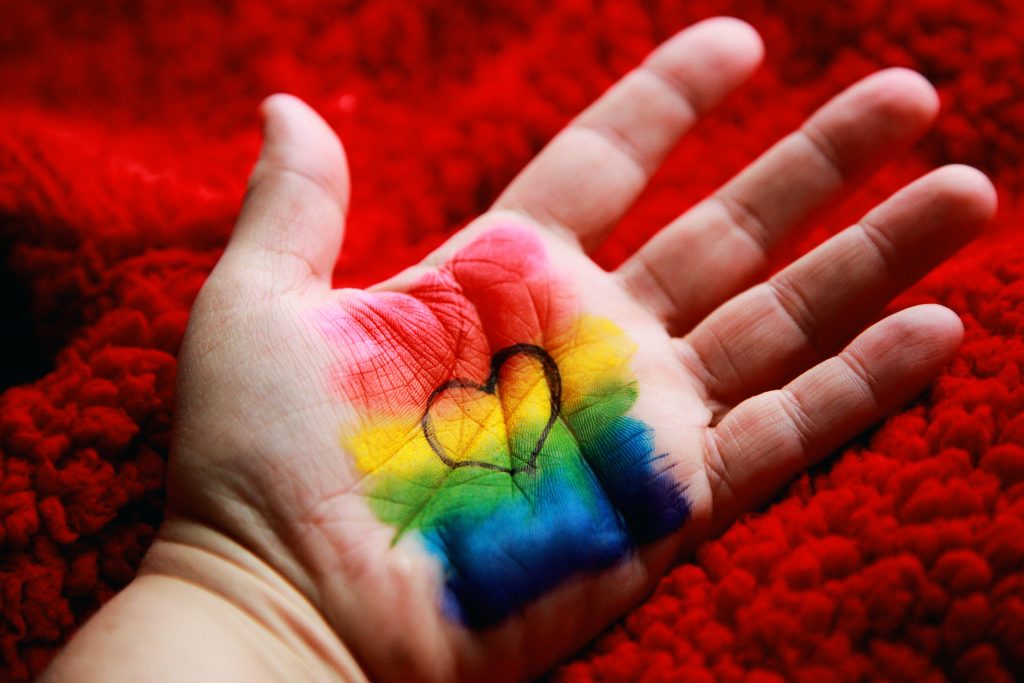 You probably have heard the phrase, “love is love.” Over the last few years it has been made famous by yard signs, songs, movies, and even a comic book. The “love is love” campaign was started six years ago as an LGBTQ+ advocacy initiative with the purpose of “spreading positive images of the LGBTQ+ community, with a focus on increasing visibility in spaces where LGBTQ+ issues may not be well-understood.” The phrase, “love is love” has even earned an entry in the Urban Dictionary where it is defined as “meaning that the love expressed by an individual or couple is valid regardless of the sexual orientation or gender identity of their lover or partner.”

This notion of love is often used as a trump card to shut down any critique of various perverted opinions and actions that are being pushed into contemporary cultural values. A man wants to have sex with a man or a woman with a woman? Who are you to object, because “love is love.” Adults sexually preying on children? Don’t call them pedophiles, call them “minor attracted people.” Because “love is love.” Will Smith and his wife want to commit unfettered adultery? Who are you to judge, because, you know, love is love.

But love is not love. At least real love isn’t. Otherwise, the Apostle Paul would not have exhorted Christians in Rome by saying, “Let love be genuine” (Romans 12:9a). He is saying that our love must be without pretense or hypocrisy. Why does he put it like this? Because he recognized in his day what modern believers need to recognize in our own, that there is much pretend love in the world.

John Calvin acknowledged this reality in the sixteenth century, as well. He said, “It is difficult to express how ingenious almost all men are in counterfeiting a love which they do not really possess.” In other words, not everybody talking about love is expressing the genuine article.

Genuine love has some intrinsic qualities. These qualities are exemplified in the negative and positive exhortations that Paul adds immediately after calling for genuine love. He writes, “Abhor what is evil; hold fast to what is good” (Romans 12:9b). Genuine love hates evil. It is repulsed by evil. What this means is that if you are a genuine loving person, you will hate evil. On the flip side, genuine love clings to what is good.

We see these intrinsic qualities demonstrated in God Himself. God is love and as such, He hates. Proverbs 6:16-19 lists seven specific things that God hates. Psalm 5:5 says He hates “all evildoers.” In Isaiah 61:8 He says, “I hate robbery and wrong.” Jesus says in Revelation 2:6 that He hates the works of heretics. It is because God is love that He hates.

But God, who is love, is also good and does good (Psalm 119:68). His will is good. Christians whose minds are increasingly being renewed by the Word of God will come to recognize this more and more (Romans 12:2). Paul came to understand this which is why he called God’s law holy righteous and good and stated, “I agree with the law, that it is good” (Romans 7:12,16).

If you are going to be a person of genuine love then you must learn to “abhor what is evil” and “hold fast to what is good.” This is vitally important for believers to recognize. We must teach this to our children and our grandchildren because they are being discipled to think contrary to this by the world in an almost constant 24/7 effort.

If you are going to be a person of genuine love then you must learn to “abhor what is evil” and “hold fast to what is good.”

To stand for this and to live this way will be very difficult. Why? Because we are living in a day that is increasingly dominated by people who, to borrow language from Isaiah 5:20, “call evil good and good evil, who put darkness for light and light for darkness, who put bitter for sweet and sweet for bitter!” And as people of genuine love, we are called to abhor evil and hold fast to good.

Do you see the dilemma? If God’s people are going to “let love be genuine” then we must be willing to be called bigots and haters. This is inevitable because the world, who calls good evil and evil good, will judge us to be vile for hating true evil (which to them is good) and clinging to true good (which to them is evil).

So, if you refuse to applaud the man who changed his name to Lia Thomas as an NCAA “woman’s swim champion” the world will call you unloving. If you refuse to celebrate the man who changed his name to Rachel Lavine and was given USA Today’s “woman of the year” award, you will be judged a bigot. If, as Scripture instructs us to do, you actually hate the evil that both of those cases represent then be prepared to be canceled by those who call evil good.

Love is not love. God is love and love is what the God who is love says it is. Love is neither self-existent nor self-defined. God alone is self-existent and all true love comes from Him and is determined by Him.

The early church father, Augustine, once said, “Love, and do what thou wilt.” He was not advocating a licentious lifestyle. Neither was he suggesting that you can do whatever you want and then justify it by saying that you were motivated by love. Rather, he was arguing for the same point that Paul makes in Romans 12:9. Love is the fundamental principle of the Christian life.

If you get love right—abhor what is evil and hold fast to what is good—then you will want to pursue a life that is holy, right, and good.

Do not let anyone deceive you about the nature of genuine love. Love is what the God who IS love says in His Word.

Love is neither self-existent nor self-defined. God alone is self-existent and all true love comes from Him and is determined by Him.

Paul wrote a whole chapter on genuine love to help us recognize it and distinguish it from counterfeits. Listen to part of what he says in 1 Corinthians 13 (vv. 4-8):

This is what real love—genuine love—looks like. When someone tries to get you to sin by telling you that they love you or complaining that if you don’t then you really don’t love them, recognize that what they are offering you is a cheap imitation of real love. Genuine love “does not insist on its own way.”

Similarly, genuine love rejoices in truth. That’s why Christians should not attend a so-called wedding between two men or two women or celebrate in any way those who reject God’s good design for sexuality by claiming to be true to themselves. For a Christian to approve these things would be to rejoice at wrongdoing and not to rejoice in the truth.

That is the nature of real love. It is costly, but it is the kind of love that is desperately needed in our world today. Anything less is not genuine.