Malcolm Yarnell’s “The Heart of a Baptist,” pt. 2; Is hyper-Calvinism really a problem in the SBC? 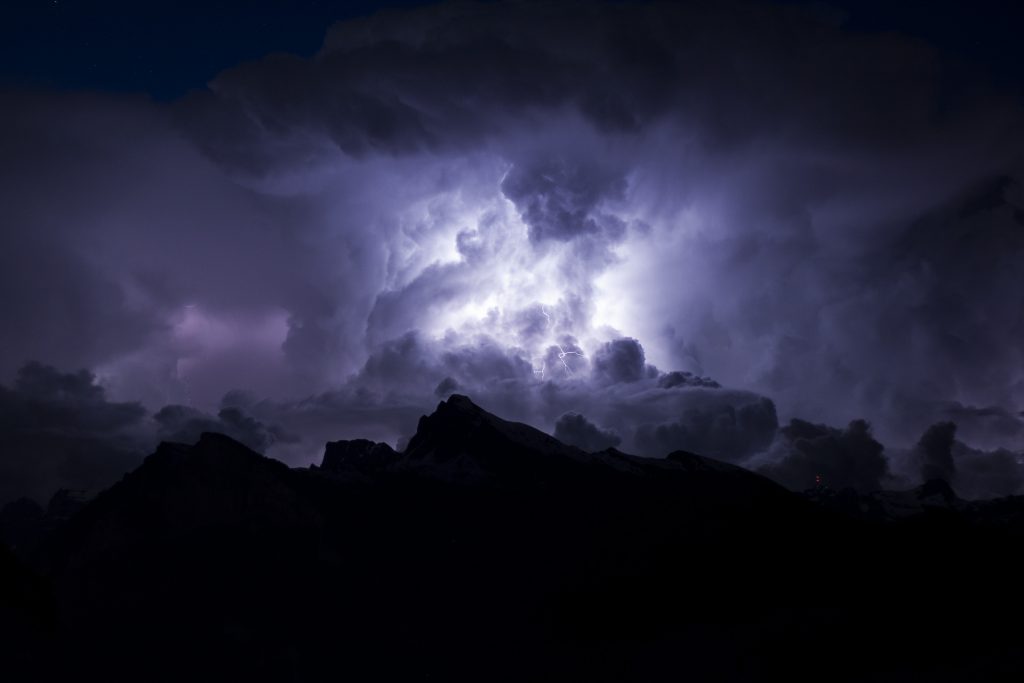 A surgeon must be a precisionist. When he takes the scalpel to the precious tissues of the human heart, it behooves him to make no mistakes: to move neither too fast nor too slow, too deep nor too shallow, too far to the right nor too far to the left. A surgeon must be extremely careful. Likewise, the Baptist theologian must be careful when excising those dangerous tissues which threaten to traumatize the Baptist heart.

However, surgery nevertheless is sometimes required. There comes a time when the danger of inaction is greater than the possible dangers of action. Now is a time for surgery. Please allow me to identify five critical issues or calcified tissues which threaten the Baptist heart (8).

With these words, Yarnell opens the third section of his paper in which he comments on current dangers to Baptist health. “Loss of biblical fidelity” is the first concern he raises and he wisely includes neglecting the Bible along with the commonly addressed malady of higher criticism. Failure to teach and learn the Bible is a much greater threat to Baptists than the frontal assault of liberal theology.

“The Second Critical Issue is the Calvinist-Arminian Debate” (9). Yarnell seems to applaud a “low-key” debate on these issues “which can be and is quite healthy” (9). Inexplicably, he immediately follows that acknowledgment with this statement: “However, the debate can become quite unhealthy when some Baptists demand that others advocate their particular position” (9). I don’t know to whom he is referring but I feel certain that he is not criticizing the insistence on confessional fidelity required by our institutions and agencies. It would be helpful to know if this is merely theoretical or if there is some reference in mind. After distancing himself from both five-point Calvinism and Arminianism, he makes another inexplicable assertion, this time, as a fact: “Hyper-Calvinism is becoming a real problem in the Southern Baptist Convention” (9).

This is news to me. I don’t profess to know all that is going on in the SBC, but I try to keep up with the various theological currents that exist and are emerging. I have several very astute conversation partners who share my concern about such matters. I would like to know exactly what Yarnell sees that causes him to make this assertion. Hyper-Calvinism is a very serious error. It is a doctrinal parasite that sucks the life out of vital Christianity where it takes hold. It should be resisted with courage and strength by all who love Christ and His church. Therefore, it should be exposed where it exists. So, I for one, would like to know where such miscreant theology is lurking and how it is manifesting itself in the SBC to the degree that it is becoming “a real problem.”

Those of us who are evangelical Calvinists–or historic Southern Baptists–are used to being accused of hyper-Calvinism out of both ignorance and malice. Such accusations, though unhelpful and even painful, are easy to dismiss because, as Dr. Martyn Lloyd-Jones once said, “The ignorant Arminian does not know the difference between a Calvinist and a hyper-Calvinist.” But Dr. Yarnell is neither ignorant nor an Arminian. When he makes this accusation, it is worth hearing what he has to say. The problem is, he does not identify who these hyper-Calvinists are. Hopefully, he will do so soon.

Yarnell uses Timothy George’s chapter on John Gill in Theologians of the Baptist Tradition to identify hyper-Calvinism. I think that he has misunderstood George and seriously misrepresented him at a key point. Yarnell writes:

According to Timothy George, hyper-Calvinism is defined doctrinally as the advocacy of eternal justification, ethically as the surrender to antinomianism, and evangelistically as the refusal to give an invitation.

This is not an accurate representation of what George has written. While interacting with the common and unjustified charge that Gill is the “paradigm of hyper-Calvinism,” George offers an analysis of why this accusation is leveled. He writes, “On three distinct issues Gill’s writings were taken to lend support to extreme views which appeared to undermine the necessity of conversion, the moral requirements of the Christian life, and the evangelistic mission of the church” (26). George is not offering a definition of hyper-Calvinism, but rather is offering insights into 3 areas of Gill’s writings that have led some to charge him with hyper-Calvinism. George uses the terms “eternal justification” and “antinomianism” in his analysis. But you will search in vain to find the phrase, “refusal to give an invitation.” That is Yarnell’s terminology and it is not an accurate representation of what George actually has written: “The third issue on which Gill’s hyper-Calvinist reputation is based was his presumed refusal to preach the gospel promiscuously to the lost” (27).

Whether wittingly or unwittingly, Yarnell has transposed George’s carefully worded analysis into the idea that hyper-Calvinists refuse to “give an invitation.” Now, imagine how this sounds to the congregations where this message has been preached (Criswell College, Southern Baptists of Texas Convention leadership and Southwestern Baptist Theological Seminary’s Founders Day chapel). I dare say that most of his hearers associate Yarnell’s “giving an invitation” with the modern practice of giving an altar call. Indeed, one gets the impression that this association may even be in Yarnell’s mind as well by the way he continues to use the phrase.

It is the anti-invitation expression of hyper-Calvinism that currently challenges Southern Baptists. Now, it matters not exactly how you conduct the invitation, but we must treasure the divine command to be instruments in the calling of sinners to repentance and faith. The invitation is not to replace baptism, but an invitation to Christ is nonetheless necessary.

The Gospel is not properly preached unless it includes an invitation! But that invitation is to come to Christ, not to come to the front of a building to find Christ, or to raise a hand or sign a card or any other physical activity. There is no doubt that Yarnell knows and understands this distinction, but when he equates hyper-Calvinism with not “giving an invitation” and feels compelled to warn that “The invitation is not to replace baptism,” then one is left to wonder just what is in his mind.

If not giving an altar call is tantamount to hyper-Calvinism, then Jonathan Edwards, Charles Spurgeon, Martyn Lloyd-Jones, William Carey and John Calvin himself (to name only a few), are all guilty of this error. You could also add Rick Warren to this list.

In contrast to the declaration that “hyper-Calvinism is becoming a real problem” Yarnell also allows that “hyper-Arminianism can be a real problem in the Southern Baptist Convention” (9). Presumably, this is a mere hypothetical threat at this point.

In his conclusion to this section Yarnell states that the SBC has room for one-, two-, three-, four-, and five-point Calvinists although “a modest Calvinism [which he evidently equates with the Baptist Faith and Message’s position] is preferable” (10).

A third threat that Yarnell identifies concerns “The Presbyterian and Quaker Threats to Baptist Ecclesiology” (10). The latter he equates with individualism and the former with “arguing for multiple elders, or a forced distinction between teaching and ruling elders” (10). Baptists have had elders in their history. The historical evidence is overwhelming at this point. Simply read the earlier editions of the Baptist Faith and Message. Even WB Johnson, the first president of the SBC, advocated elders in his The Gospel Developed (1846). He reiterates the point in a numbered summary: “1. That over each church of Christ in the apostolic age, a plurality of rulers was ordained, who were designated by the terms, elder, bishop,
overseer, pastor, with authority in the government of the flock.” A return to this kind of congregationally sensitive eldership is far from a threat. It is biblical and consistent with our heritage.

The fourth threat is lack of “Intentionally Orthodox Preaching.” No argument from me here. Amen. I particularly appreciate his call for Trinitarian preaching that is appreciative of orthodox creeds and confessions.

The last threat he calls the “Loss of Missiological Clarity” (11). After rejecting the “Camel method” of witnessing, Yarnell rightly calls for bold, open discipleship on the mission fields. Included in that is believer’s baptism.

I am willing to grant that argument but, again, am left wondering why it is only selectively employed? Should it not be used with equal vigor about “making *disciples*” and “teaching them to *observe all things*” that Christ has commanded us? Why then doesn’t Yarnell call upon his fellow Southern Baptists to “firmly rebuke” those pastors and denominational leaders who do not completely fulfill the Great Commission at these points?

I plan to offer one final analysis tomorrow on what Dr. Yarnell has written. This will include my final observations and reflections. Let me state very clearly, however, that I think he has provided Southern Baptists with another helpful opportunity to discuss doctrine in light of our identity as Baptists and a “people of the Book.” For that we owe him a debt of gratitude.