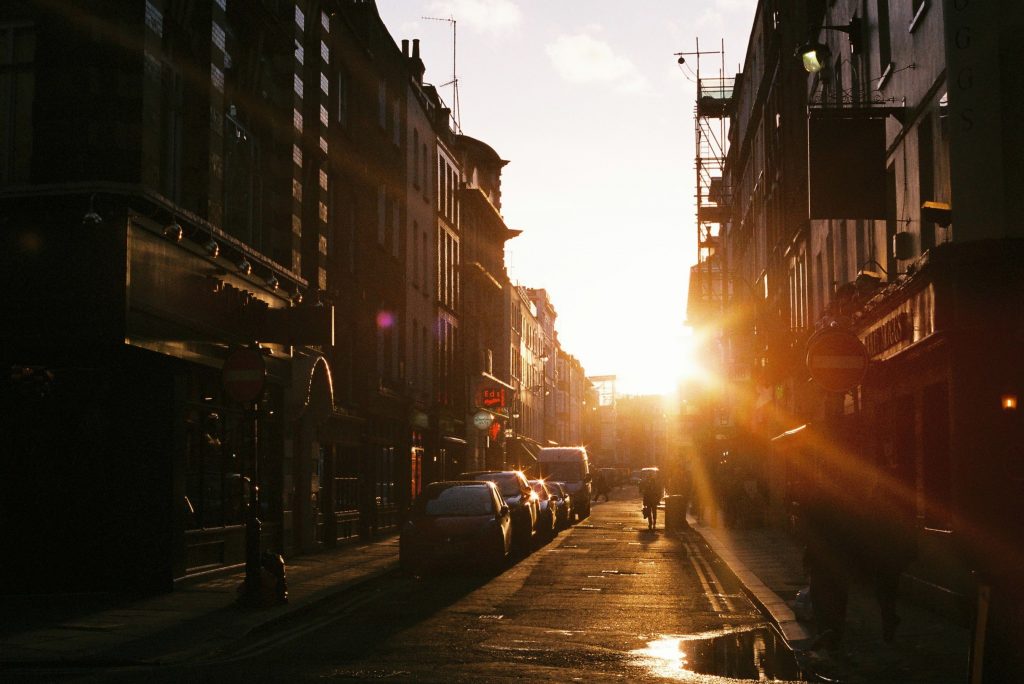 I just returned from spending a week in a major city on the African continent. While I have traveled much in the past twenty-five years, I had never been to Africa until this trip. I found it both eye opening and remarkable in many ways as a local pastor who regularly prays for mission work and seeks to cultivate and send out missionaries. Three years ago, we sent out one of our young ladies through the International Mission Board of the Southern Baptist Convention —I’ll call her Joan—to work among the street boys in this massive city in Africa. What began as a trip to conduct a pastors’ conference, visit with our missionary, and get to know four former street boys under Joan’s care rocked my world.

Just as much as the hundreds and hundreds of unreached people groups in the 10/40 window, street boys in this city and others like it are an unreached people group. Joan developed a passion for reaching these kids with the gospel and seeing their lives transformed. Some of that passion began as she worked with kids in a slum area in Memphis. Then she left the comforts of our country to live in a slum area in her adopted city so that she might better reach these young fellows.

When I met the four boys—Stephen, Joseph, Aaron, and Stanley—I found it hard to wrap my head around the fact that they had literally lived on the streets, scavenging for food, hustling to find anything to sell just to get their next meal or to buy a little jet fuel to sniff. When we went to church together, Stephen—the oldest of the four who ranged from sixteen to eleven—a tall, handsome sixteen-year old from Uganda, sported a nice looking shirt that could have been on my own twenty-one year old Stephen. I commented to Joan what a handsome young man he was, and again, struggled to think of him as having been a despised street boy.

While at the church compound, we looked at the little shed where the four boys and an adult former street boy had lived in previous months. Quite honestly, I would call it a lawnmower shed because it was nothing more than that. Yet they lived there, learned how to discipline their lives, began to learn the rudiments of the gospel, and started working through the process of transformation from the streets to getting into school.

But I still struggled to get my head around it. These boys whom I had grown to love and feel almost like they were my boys in a period of a few days had started on the streets when they were young. For three of them that meant that around the age of nine or ten, they were on their own in a city of several million people, scrounging around to survive (and some don’t survive!). The other was probably about eleven or twelve when his parents died and he had no choice but to head to the streets of this massive city. Now they were living in an apartment, eating three meals a day, enjoying a snack with chai when they returned from school, getting an education, learning responsibilities that belong to being part of a family, and submitting themselves to the adults who were caring for them. Those were normal things to me but not to these four who had spent years on the streets.

The reality check came for me as we road on public transportation through the littered city streets. As we passed an area that was supposed to be a park, Joan pointed out a group of street boys. One had a bottle in his mouth so that he could sniff jet fuel while he worked on his worn out shoe. Others lay on the ground in the middle of the day trying to sleep away the loneliness and hunger. They all wore layers of old, worn out clothes. They had not bathed in recent weeks—maybe months. They had nothing productive to do, no book to read (many could not read if they wanted to), no food to eat, no family to love them, no church to nurture them, no father and mother to train and teach them. I stared. Then Joan said, “That’s what my boys were like. They lived like them and looked like them. That’s where they came from.”

My mind raced back to the four boys with whom I had laughed, played Uno, eaten numerous meals, walked around the city, and watched do homework. I was living in disconnect with reality. Surely these four boys were the exception, the unusual! Or so I thought. Toward the end of the week we walked down the steps from Joan’s apartment, reflecting on what we had observed with the boys. I said, “You’ve got the cream of the crop with those four boys! They are amazing, bright, and have such wonderful servant hearts.”

Joan caught me off guard when she responded, “Yes, I’d like to think that I have the cream of the crop but in reality, there are seventy thousand other boys just like them with just as much potential as you see in them. But there is no one to reach them.”

Staggered by what she said, I realized how she had invested the past several years of her life to show the love of Christ through ongoing acts of mercy in order to build relationships with these boy and others, in order to open a door to deliver the good news of the gospel. Taking street boys to breakfast, playing soccer with them, accompanying them to the emergency room and paying their bills when they leave, listening to their stories, and treating them like they have value did not happen with one or two dips into their “base.” Because she had invested time in Stephen, he called on her after being left helpless with two broken legs. The long process of doing physical therapy with him layered more and more opportunity to point him to the One who makes all things new! The Lord showed His marvelous grace to Stephen!

But what about the seventy thousand other boys still living on the streets? Who will reach them? Is there a Joan in your church that is already reaching out to kids in need in your community? Maybe that’s just the preparation in God’s providence to get another Joan or James ready to reach that unreached people group on the streets of major cities in Africa, South America, and Asia.