Must Everything Be Racialized? Reflections on a Recent Article by John C. Richards 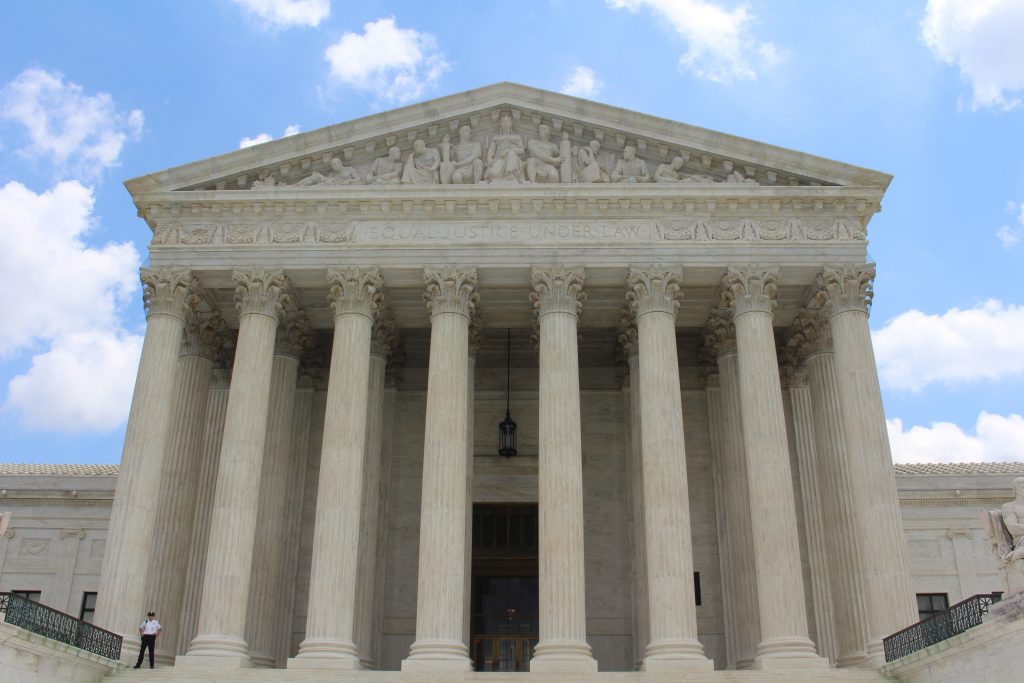 Yesterday on his blog, The Exchange, hosted by Christianity Today online, Ed Stetzer gave space to his colleague, John C. Richards, to write about the recent SCOTUS nominee. Richards, a “Christian person of color,” serves as the Managing Director of the Billy Graham Center at Wheaton College. His article is entitled, “Brett Kavanaugh is a Troubling Supreme Court Pick for Black Christians.”

Richards’ article strikes me as an example of much that is wrong in American evangelicalism today. It reflects a conviction-shaping-narrative that cannot be sustained by historical facts (and, as we all know, you can have your own opinions, but you cannot have your own facts) as well as the kind of racialized thinking that clouds judgment.

He writes, “I long for the days when Supreme Court judges weren’t viewed as representing a particular ideology.” I assume he means “any” particular ideology rather than only one particular ideology. If that is correct, I wonder when those days existed? Both strict constructionism and loose constructionism are ideological approaches to interpreting the constitution of the United States (as is regarding it as a living document). The former fulfills the 9th Commandment while the latter is the spirit that permeated the days of the judges in Israel’s history (Judges 17:6). Every Supreme Court judge has an ideology. Granted, there may have been times when that was not as readily recognized as it is today. If so, it is a good thing that such naiveté no longer exists.

Never before in history has our country been so divided politically. In the past, Senate confirmation hearings for Supreme Court justices were informative and valuable in determining a judge’s fitness to serve in this critical office. Today, confirmation hearings are nothing less than a political slugfest that often values partisanship over a jurist’s ability to fill a seat on the highest court in the land.

There is no doubt that we are living in an era of deep political division but, thus far, we have not paid the price of 600,000 deaths, as we once did, for our divisions. Further, I am not sure how far into the past Richards is looking to contrast to today’s “political slugfest[s]” that are confirmation hearings (which have only been going on since 1916). It must surely be more than three decades since during that time such hearings have given us a “high tech lynching” and coined “bork” as a new verb.

My greater concern stems from the way that Richards racializes the nomination of Kavanaugh. Since our “God shows no partiality” based on race or ethnicity, neither must we (Acts 10:34). He laments that “the President missed the opportunity to change the narrative of a court dominated by white male appointments.” A candidate’s race and, to a lesser degree it seems, gender is more important to Richards than his or her hermeneutical principles (read interpretive ideology) when reading the constitution.

Richards implies that racial diversity is far more valuable on the Supreme Court than is a commitment to read the constitution conservatively, or with strict constructionist principles.

While a more conservative court may be good for America, it hasn’t always been good for Blacks in America.

For many Black Christians, conservative strategies have historically had a disparate impact on our communities.

He makes this point right after extolling the 1954 Brown vs. Board of Education decision that rightly struck down segregation laws. If we are going to be consistent in racializing everything then we should note that this was pretty good judging for 9 white males.

Richards goes on to decry what he considers to be conservative policies that have adversely affected Blacks.

Conservative strategies created the War on Drugs in the 1990s that has led to the U.S. far outpacing any other nation in the world in mass incarceration rates—which has resulted in a disproportionate amount of people of color in prisons across our country.

While that is true, it is also true that people of color are incarcerated at rates that are commensurate with the percentage of the crimes they commit. Again, looking at this issue through a racialized lens only distorts the facts. Consider the way another person of color, John McWhorter, assesses the same “conservative strategy.”

The prison statistics are widely attributed to the disparity in sentencing for possession of crack cocaine versus powdered cocaine, which according to common wisdom in the black community was instituted in order to corral black people who mostly use crack, into prison.

Yet how racist can a law be which the Congressional Black Caucus vigorously supported and even considered too weak? If we had asked these black congress people in 1986 why they supported these laws, they would have said that they were aimed at breaking the horror of the crack culture, which had turned inner cities into war zones by the mid-1980s. Indeed, the sentencing laws were not designed to catch white users even though there are more of them—because the whites were not part of the murderous culture that was decimating blacks young and old in the inner cities. The people who put these laws into effect—prominent blacks among them—were quite explicit about having the inner-city crack culture in mind rather than the white investment banker doing some lines after work in his apartment. (Losing the Race:  Self Sabotage in Black America, p.14).

Richards acknowledges that Christians who applaud Judge Kavanaugh’s nomination—including many Black Christians—do so because of what his strict constructionist ideology could mean for religious freedom and right to life issues. To him, however, because of his concern for people of color, that is not enough.

To make this nomination about Roe and dough (i.e. the religious freedom highlighted in the Christian baker case) ignores other essential issues Christians should care about—including immigration, health care, and labor laws.

This line of thinking from a Christian who takes the Bible seriously is hard for me to understand. Our nation has many sins, injustices and shortcomings that I care about as a Christian. However, none of them come close to the state-sanctioned child sacrifice that is abortion. Over 60 MILLION babies have been legally slaughtered in the womb since the 1973 Supreme Court decision, Roe v Wade.

19 MILLION of those were black babies. Every day 900 black women have abortions. As someone who is deeply concerned with how people of color are treated I praise God that we now face at least the prospect of a having a majority of Supreme Court Justices who will the read constitution seriously and overturn the wicked ruling that made abortion on demand legal in this country. If that happens then it will be a move toward that revealed righteousness of the 6th Commandment, which should cause every Christian to rejoice.

I fear that the racialized reasoning of Richards only clouds the issue of this nomination for believers. I further fear that it is an example of a growing way of thinking within the evangelical church. If race is allowed to shape our convictions more than truth—especially revealed truth—then we have fallen out of step with the One who is the way, truth and life for all people.

If Kavanaugh gets appointed and rules with strict constructionist principles, I will count it an incredible mercy of God which only a few years ago I could not have expected. I would feel exactly the same way about any candidate—regardless of color, ethnicity or gender—who held to such principles.