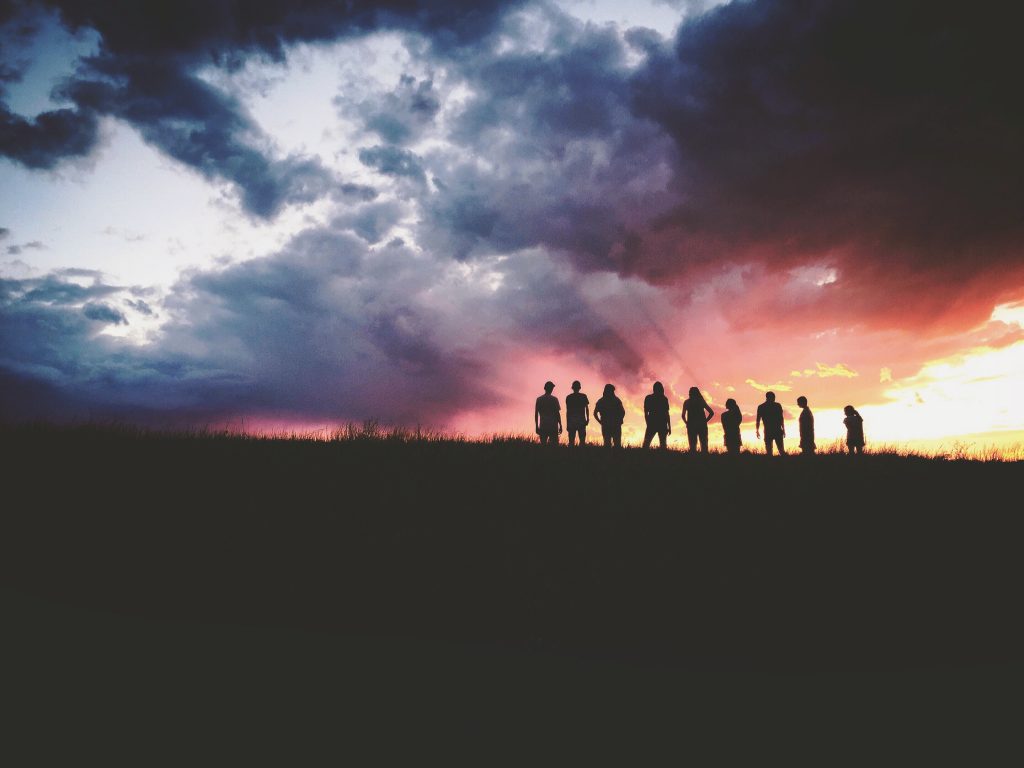 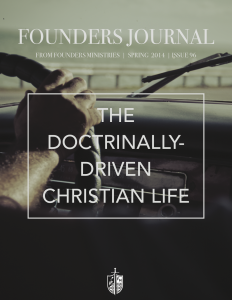 The Christian life is not to be lived in isolation, but community. When the Spirit fell upon the church at Pentecost in Acts 2 “there were added that day about three thousand souls” (emphasis mine).1 This group of new believers was added to the church that “devoted themselves to the apostles’ teaching and the fellowship, to the breaking of bread and the prayers.”2 The writer of Hebrews reminds believers that a corporate spirituality is not optional, saying, “let us consider how to stir up one another to love and good works, not neglecting to meet together, as is the habit of some.”3 Yet God has given much more than a mere command to live in Christian community, He has given instruction on how that community is to be ordered. Since He has done so, Christians must make a diligent search into the commands of their Lord with hearts ready to obey.

Church order and the ceremonials of religion, are less important than a new heart; and in the view of some, any laborious investigation of questions respecting them may appear to be needless and unprofitable. But we know, from the Holy Scriptures, that Christ gave commands on these subjects, and we cannot refuse to obey. Love prompts our obedience; and love prompts also the search which may be necessary to ascertain his will.4

Dagg’s Manual of Church Order highlights important principles concerning the corporate aspect of Christian spirituality. These principles will be addressed under three headings: the public obedience of the church, the nature of the church, and the leadership and practices of the church.

The Public Obedience of the Church

The public obedience of the church consists in both baptism and discipline. Dagg presented baptism as a Christian ordinance of perpetual obligation. Matthew 28:19–20 showed that “the commission was given, just before Christ ascended to heaven, and was designed for the dispensation which was to follow.”5 He demonstrated that the meaning of the verb baptizo is to immerse. Dagg used tables of examples that show the usage of baptizo in Scripture as well as classical Greek literature. He concluded, “After thoroughly examining the collection of examples, we find that they fully establish the meaning to immerse.”6 He confirmed this result with biblical examples of baptism where the context supports immersion, and an argument that immersion clearly signifies the death and resurrection of Christ. To those who claim that baptism is merely a ceremony and therefore need not be followed in such detail, Dagg replied, “Baptism is indeed a ceremony; but it is a ceremony of God’s appointing.”7

The profession of renouncing the world, and devoting ourselves to Christ, might have been required to be made in mere words addressed to the ears of those who hear; but infinite wisdom has judged it better that it should be made in a formal and significant act, appointed for the specific purpose.8

Dagg cited Romans 10:10 showing the need for Christian profession and the argued that the placement of baptism in Christ’s commission (Matthew 28) proves it is the ceremony of profession. As such, it is evident that the proper subjects of baptism are those who have repented of sin and trusted in Christ.

The corporate aspect of baptism is seen in that it is not only a public profession of an individual’s faith, but a prerequisite to local church membership. Baptism is a matter of obedience and it is the initial act of obedience in the Christian life.

It stands at the head of the way. In this act, the believer gives himself to God, before he gives himself to the people of God… The members of every Christian church must profess subjection to Christ. They cannot walk together in obedience to his commands, unless they are agreed on this point. As profession is necessary to church-membership, so is baptism, which is the appointed ceremony of profession.9

Since baptism is a clear command of Christ, it is necessary that a Christian obey his Lord before he joins the community that will obey together.

Dagg shows that Christian obedience marks the beginning of the church as well as the disciplined life of the church, “The churches should labor incessantly, to promote brotherly love in their members, and increased devotion to the service of God.”10 This labor of love is seen as the members of the church encourage one another to do good works using the means of both the Word of God and prayer. If certain ones in the community refuse to live in obedience to Christ’s commands then the church is to exclude them from membership. The life of corporate obedience requires discipline and though the way is difficult, the stakes could not be higher, “when discipline leaves a church, Christ goes with it.”11

This first aspect of church order demonstrates that the Christian life is one of public and corporate obedience. This community is made up of those who have submitted to Christ in baptism and honor Christ by striving to live holy lives. God in his wisdom has instituted both baptism and discipline as means to display the obedience of the church to the world. These practices of public obedience are a joy to those who take God at His word; but for those who think them unsophisticated, “they must leave the pleasure of obedience to those, who think it no humiliation to tread where they find the footsteps of their Lord and Master. Though Christ’s yoke is easy, it is still a yoke; and pride and false delicacy may refuse to wear it; but love can make it welcome and delightful.”12

The Nature of the Church

Dagg continued by illuminating the nature of the church, which requires explanation of both the local and universal church. Any Christian seeking to live a healthy corporate spiritual life must grasp the necessity and distinction of the local and universal church. By careful exegesis Dagg marks out the important qualities of each, helping believers to live in obedience to God and unity with one another.

Dagg defines the local church very specifically as “an assembly of believers in Christ, organized into a body, according to the Holy Scriptures, for the worship and service of God.”13 Similar to his careful analysis of baptizo, Dagg shows that “The Greek word ekklesia denotes an assembly.”14 Two strong supports undergird this claim. First, the use of the word by classic Greek authors reveals the meaning of an assembly. Second, when the word is used in reference to Christians who would be to spread out to assemble, the plural form is used.15 Yet the local church must not only be an assembly, but an organized and independent assembly. By organized, Dagg means that members were clearly marked and distinct from non-members. This is seen both in that a number of people “were added” to the church in Acts 2:41, as well as the clear distinction between the church and unbelievers in 1 Corinthians 14:23. The local church is independent, for Dagg explains, “No intimation is anywhere given that the acts of one church were supervised by another church.”16 In light of this vision of the church, every Christian ought to join a local assembly of believers, organized according to the word, for the purpose of worship and service. Such a corporate commitment by no means weakens one’s spirituality, but rather, “Union tends to strengthen our faith, and warm our devotions.”17

Learning about the nature of the church reveals the principle that the Christian life is not a solitary life. Christians are called to belong to a local community of believers who assemble for the purpose of worshiping God. In that local community, they will experience the love of the body of Christ, resulting in them being held accountable and encouraged in their walk with the Lord. Christians also belong to the universal church, which is being built up by Christ. As a part of the universal church, they link arms with others outside of their assembly and join in the joyful responsibility of standing as a witness to the gospel of the kingdom.

The Leadership and Practices of the Church

The Word of God plays a central role in the leadership of the church. Dagg explains, “The ministers of Christ are a separate class of persons distinguished by a special divine call to preach the word.”21 These ministers are a distinct class because they have been called to a unique service. Dagg clarifies the nature of their work, “The special service for which the ministry is designed is the preaching of the word.”22 For a man to engage in this work, he must be called by God and should have that call recognized by a group of ministers as well as the church. When a minister engages in his work he may serve a local church, but he serves the universal church as well,

As true ministers are members of Christ’s spiritual body, so their ministry is intended for its benefit: — “for the perfecting of the saints, for the work of the ministry, for the edifying of the body of Christ.” Their office pertains to the spiritual, universal church, of which they are all members. The ministry of some of them may have a relation also to local churches, placed under their special charge; but they serve in these for the good of the whole body of Christ.23

Local churches are to “choose, from among the ministers of the word, bishops or pastors to teach and rule them.”24 The churches should also choose deacons who assist the pastors and minister to the physical needs of the congregation.

Dagg highlighted the practices of public worship and communion, showing that the death and resurrection of Christ stand at the center of the life of the church. Communion, also called the Lord’s Supper, is a ceremony instituted by Christ that is to be continually practiced by the church. This institution serves as “a memorial of Christ, a representation that the communicant receives spiritual nourishment from him, and a token of fellowship among the communicants.”25 Each local church is to observe this practice when assembled publically and it ought to be received by those who have professed faith in Christ and been baptized. Dagg held that “the first day of the week is the Christian Sabbath, and is specially appropriate for the public worship of God.”26 Consulting the Decalogue as well as the practice of the church in the New Testament, Dagg concluded that the first day of the week is the designated time for the church to assemble and worship the risen Christ. Showing how the Bible is central not only to the leadership of the church, but also to the worship of the church, Dagg wrote, “In public worship, we not only address God in prayer and praise, but we honor him by reverent attention to his word.”27 Examining the leadership and practices of the church helps one to see the importance of both the Word of God and the Word made flesh, in the life of the Christian community.