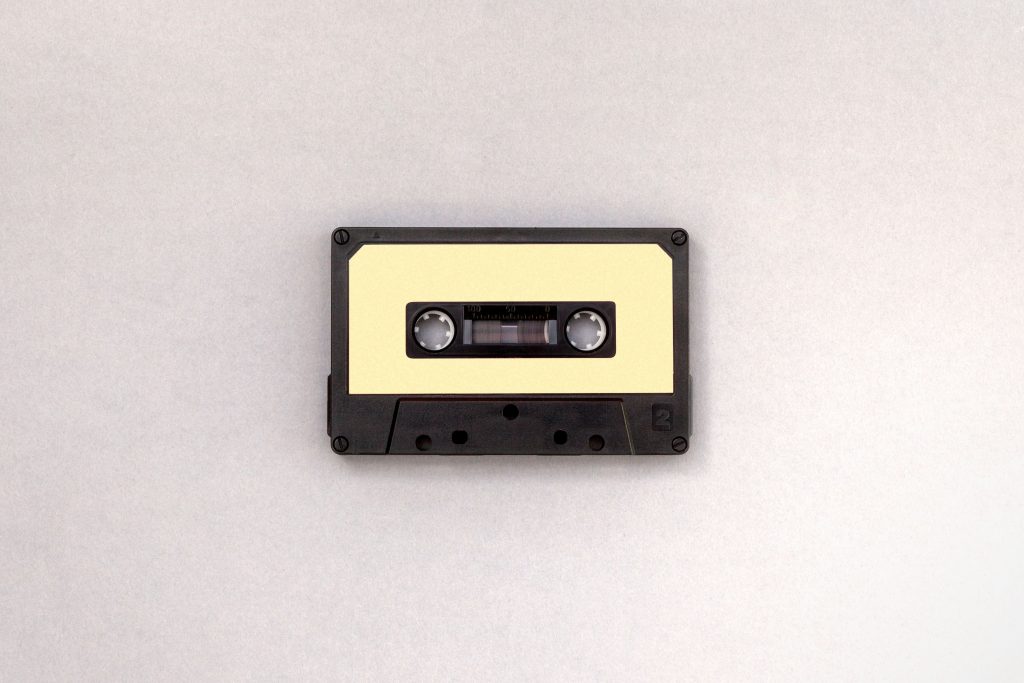 While cleaning out a storage area last fall at our church building, I came across racks of old cassette tapes. Yes, those little pieces of plastic with easy-to-snap-and-tangle-thin-brown-film-recording-technology sat doing what they do best—collecting dust. I know they’ve gone the way of eight-tracks and given place to advancing levels of technology since. Yet they held lots of memories from sermon series preached and guest preachers that visited our church. That old technological find spurred some musing on past and future that brought me to a few needed points of reality.

First, those tapes represented thousands of hours of sermon preparation and hundreds of hours of preaching at South Woods. In a sense, the tapes held twenty years of my life. Yet most of them, through ruthless selectivity on my part, now lie with tons of garbage at a local landfill. What seemed at the time of delivery to be well crafted sermons—the best effort that I could muster—now rubs edges with empty cans, broken bottles, and soiled diapers. Quite honestly, a lot of those sermons were so poorly done that the landfill seems appropriate. I even found relief that no one can listen to them and find how my best efforts could not display the glory of Christ in the biblical texts.

But in the mixture, a few of the titles brought back memories of grace given in agonizing over texts and preaching with moments of unction. Here was a parable for me to consider about the work of ministry. The Lord God takes what belongs in the landfill but gives grace so that a message preached might be used for his glory and kingdom purpose.

No glory resided in those tapes. The unseemly pride felt in delivering a well-crafted sermon justly decayed with old cardboard boxes. They were just rotting evidence of a fleeting life that must find its only true joy and purpose in Christ. My life, I realized even more, does not consist in hundreds of sermons preached but in knowing the grace of God in Christ. Like the Seventy that came back so excited over their achievements during their appointed labors, I must hear the word of Christ: “Nevertheless do not rejoice in this, that the spirits are subject to you, but rejoice that your names are recorded in heaven” (Luke 10:20; NASB).

Second, among the titles on the tapes surfaced significant moments in the life of our church. The constituting service in January 1988 brought to mind a flurry of thoughts. How little did I know about church planting and ministry at that point, despite ten-years of pastoral ministry at that stage. What seminary degrees could never teach even through the best efforts of the professors, the providentially designed experience in ministry did—and continues to do so. The tapes recalled teaching moments.

Preaching in 1992 on the armor of God (Ephesians 6), while dealing with emerging disunity in the congregation, reminded me of the timeliness in biblical exposition. More than anyone in the congregation, I needed that study on spiritual warfare at that time. I needed the many hours of digging into the insightful teaching of Martyn Lloyd-Jones and William Gurnall—faithful voices from the grave—that delivered me from the spurious ideas on warfare void of the cross of Christ that had come through my shallow theology. So often we pastors think that we’re giving our congregations just what they need, when more likely, we’re preaching to the fellow in the pulpit even more. We need to listen to our preaching for our needs, too.

Here was another lesson from these past-tense sermons: Time and again, God’s kind providence leads us right into the teaching that we need at that moment for our souls. He doesn’t intend for us to just dispense the word to others. We need to preach to ourselves. We need to listen carefully as we study, mediate, and preach, “lest after preaching to others I myself should be disqualified” (1 Corinthians 9:27; ESV).

Third, those tapes reminded me that my life would soon be past tense. As I worked through the piles of tapes, three names caught my eye. One was my college roommate Rick Cagle. We spent many hours talking about gospel work and engaging in it together. He preached in churches where I served and I preached where he served. Through the years, Rick taught me so much about true friendship. When things grew difficult in a pastoral setting, I could always count on him for an encouraging word. He was one of the first that helped me toward planting a church in Memphis. Almost five years have passed since his death but the marks of friendship remain.

Then there were the memorable few days when R. F. Gates spoke at South Woods. Few people that I’ve ever met personified “Evangelist” in Pilgrim’s Progress like R. F. On every occasion that I heard him preach or had a conversation or meal with him, I wanted to be more like Jesus Christ. And I wanted to show the same kind of loving witness that he faithfully exemplified. His death cannot erase the warmth of his smile or the power of his praying or the passion to tell others the good news.

At our second anniversary in 1989, the name of Stephen F. Olford as the speaker brought waves of memories. Dr. Olford took the time to mentor me in biblical exposition. From the first time as a college junior in 1975 that I heard him preach, I knew that I wanted to expound God’s Word the way that he did for so many years. Moving to Memphis eleven years later gave me the added opportunity to spend time with Dr. Olford, attend his expository preaching institutes, and personally learn from him. He took the time to often invite me into his study and talk pastoral work. I still remember him returning my call for counsel on a Saturday afternoon when I felt the wolves nipping at my heels. His death in 2004 brought to mind the little quip that the Lord used to awaken him to repentance: ‘Only one life will soon be past; only what’s done for Christ will last.’

Those cherished friends returned home where their citizenship had been purchased by the blood of their Redeemer (Philippians 3:20–21). In the bustling pace of life and ministry, we can easily forget the brevity of life—our lives. In doing so, we can become so fixated on temporal things and problems du jour that we lose sight of eternal glory. Yet another lesson came from rummaging through old tapes: Your life will soon be past tense, so invest in future glory through Christ, “who for the joy set before Him endured the cross” (Hebrews 12:2).

I had no idea that a church workday would prove so fruitful to my soul. What the landfill claimed pointed me to future glory. How oddly wonderful, that even dated technology served to encourage me to persevere in life and ministry.