Only Men May be Pastors 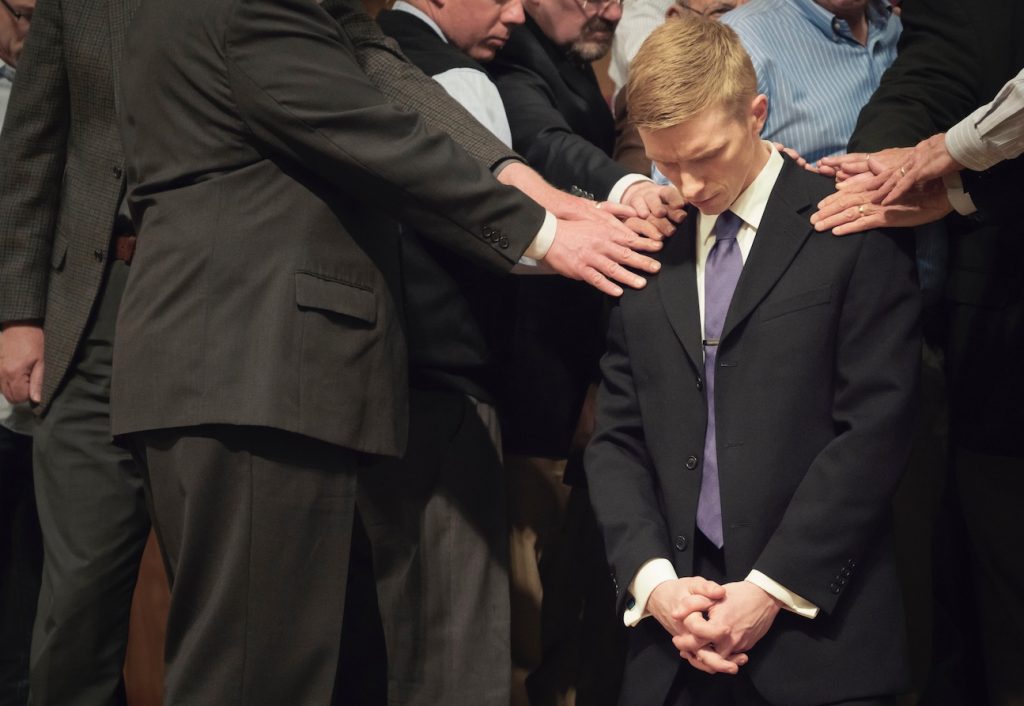 In spite of the fact that it seems more and more fashionable in our day to say that women may be pastors, the Bible is clear that pastoral leadership is restricted to biblically qualified men. This post will examine 1 Timothy 2:12-14, one of the key biblical texts on male-only pastoral leadership, and it will respond to some of the most popular Evangelical Feminist efforts to undermine the teaching of these verses.

“I do not permit a woman to teach or to exercise authority over a man; rather, she is to remain quiet. For Adam was formed first, then Eve; and Adam was not deceived, but the woman was deceived and became a transgressor.”

Paul writes these words in the context of a pastoral epistle.  He’s writing Timothy to teach him about pastoral ministry in the church, which means these verses need to be read in that light. They apply to church leadership, specifically to pastoral leadership.

In addition to Paul’s two prohibitions, he gives a positive command to women in the church. He says in verse 12 that women are “to remain quiet.” Paul is not telling women that they may never speak in church at all. Rather, his words must be understood in context. He means that when it comes to teaching and exercising authority over men in the church, women must “remain quiet” (1 Tim 2:12). This is similar to Paul’s teaching in 1 Corinthians 14:34-35, where he says:

“The women should keep silent in the churches. For they are not permitted to speak, but should be in submission, as the law also says. If there is anything they desire to learn, let them ask their husbands at home. For it is shameful for a woman to speak in church.”

Many have misunderstood these verses to say that women shouldn’t speak in church at all. But the context of 1 Corinthians 14 is about speaking in prophetic tongues and the need to interpret them in the worship service of the church. In verses 34-35, Paul is saying that women should not be involved in prophecy or the interpretation of prophecy in the worship service of the church. In these matters, they should “keep silent.” In other words, they are not to be a part of the church’s teaching ministry, nor are they to exercise authority over men, when the church is assembled. Paul is saying the same thing in 1 Corinthians 14 that he says in 1 Timothy 2.

The Two Logical Grounds of the Command

Paul provides two distinct grounds for his command to women to remain quiet when it comes to teaching and exercising authority over men in the church. The word “for” in verse 13 means that if we want to know the reasons Paul is arguing the way he is, we must continue reading.

“Both sides [feminists and traditionalists] note women tend toward enmeshment, which entails an unwillingness to see and condemn harsh truths about loved ones. Mindful of many individual exceptions to the rule, they [both feminists and traditionalists] sometimes say that women generally have more interest in persons and less interest in detached rational analysis of ideas. But the capacity for detached, critical assessment is absolutely essential for discerning and rooting out heresy, for carrying out discipline in the church. . . . We can also recognize variety in human nature, without labeling anything inferior or superior. In this view, because women generally focus on relationships more than abstract rational analysis, enmeshment in relationships could compromise a woman’s willingness to uproot heresy in the church” (264-265).

Thus, Paul explains that women should not teach the Bible or exercise authority over men in the church for reasons of the creation order and human nature. God created Adam first, and then Eve, establishing Adam as the head and authority over his wife. Also, Eve was deceived by the serpent, not Adam.

Having briefly examined the meaning of the passage, let’s consider a few of the leading Feminist misinterpretations of 1 Timothy 2:12-14. These are mostly drawn from Wayne Grudem’s book, Countering the Claims of Evangelical Feminism, and the page references cited below are from that book.

Women were Not Educated (168-174). Some Feminists argue that Paul forbids women from teaching men in the church in 1 Timothy 2 at Ephesus because they lacked a formal education. The most glaring problem with this view is that the Bible nowhere requires formal education as a prerequisite to teaching in the church. Furthermore, most people in Paul’s day had a basic education, but few men or women had any education beyond that. So, if Paul forbade women from teaching in the church for lack of education, then he would need to forbid men as well.

Wives Shouldn’t Teach or Have Authority Over Their Own Husbands (175-178). Some have argued that Paul is only prohibiting wives from teaching or exercising authority over their own husbands in 1 Timothy 2:12-14. While the Greek words for “man” and “woman” can be translated “husband” and “wife,” that is highly unlikely in this passage for two reasons. First, the context of these verses is a pastoral epistle in which Paul is explaining proper conduct within the churches, not marriages. The passage in question comes just before a discussion of officers in the local church; so, it makes the most sense to take 1 Timothy 2:12-14 as referring to church leadership. Second, when the Greek words for “man” and “woman” are to be translated “husband” and “wife,” context provides clues that indicate such a translation. This passage contains no such clues.

Nobody Forbids Jewelry or Braids (199-201). Some Feminists argue that most interpreters take Paul’s instructions about jewelry and braids in verses 9-10 as no longer applicable today. Therefore, the Feminists say, we should not take Paul’s instructions in verses 11-14 about women not teaching or having authority over men as applicable today either. The problem with this view is that 1 Timothy 2:9-10 does not prohibit jewelry or braided hair. It says women should not “adorn” themselves with clothing, like jewelry or braids, but with godliness. Paul is warning against women making any of their clothing their adornment (literally kosmos or “world”), rather than godliness and good works. These verses apply just as much today as they did in Paul’s time.

Women Were Not Respected as Religious Leaders. Some Feminists have argued that Paul prohibited women from teaching and exercising authority at Ephesus to accommodate the church to the culture of his day. They argue that women in Paul’s day would not have been accepted as religious teachers; so, in order to avoid offending the men, Paul prohibited women from teaching in order to reach the men of the culture for Christ. A major problem with this view is that women were accepted religious leaders in Paul’s day. Pagan priestesses were common. Another problem is that it suggests that the church should accommodate its practices to false and damaging beliefs of the world.

The overarching problem with all of these Feminist misinterpretations is that they arise from speculation or subjective conjecture and lack any actual support from the text or from the historical background. In addition, all of these misinterpretations ignore the actual grounds Paul himself provides for the command he gives, which involve the fixed realities of the creation order and human nature.

In conclusion, the Bible is clear that only men should be pastors in a local church and only men should perform the duties of teaching the Bible to men and exercising authority over men within the church. The reasons for the Evangelical Feminist interpretations of 1 Timothy 2:12-14 do not arise from the text itself, but from foreign commitments not found within the passage.