Peter, Fear of Man and Lying 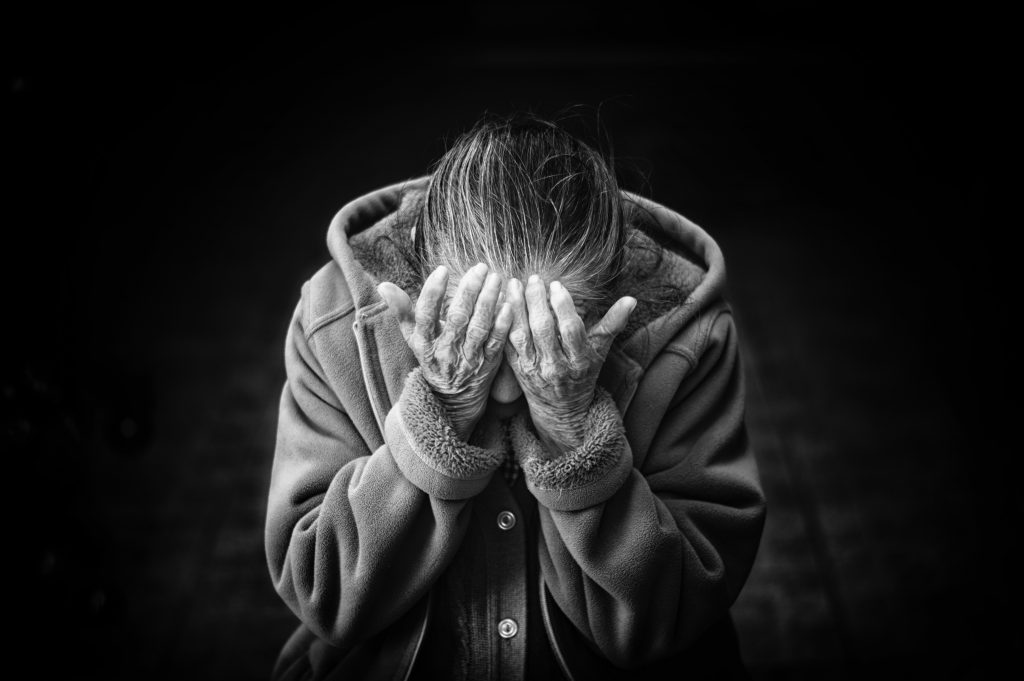 In a well-known passage from John 18:15-18 & 25-27 we read that Peter denies Christ three times. I’d like to look at this passage from a different angle by examining the connection between Peter’s fear of man and his lying, and then seeing how that pattern of fear leading to lying is found in other places in the Bible.

Right before this passage we read about how Peter boldly snatched out his sword, and used it to strike the ear of Malchus, in order to try and defend Jesus. He’s also previously said that even if everyone one else deserted Jesus, he wouldn’t.

And not just one lie; multiple. Notice the progression in his lying. One lie lead to another, and then another. Unchecked sin in general leads to more sin but lying is especially prolific. Lying leads to more lying. Puritan Matthew Henry said, “Lying is a fruitful sin, and upon this account exceedingly sinful: one lie needs another to support it, and then another. It is a rule in the devil’s politics– to cover sin with sin, in order to escape detection.”

We first slip up and say something untrue, then we need a little white lie to cover it up, and then another and another. Those lies grow in scope and the story gets more and more elaborate until we are bound up by our lies and enslaved to a false narrative, all because we are afraid of being caught, afraid of being exposed, afraid of what other people might think of us, or afraid of the punishment that might befall us.

We have seen this pattern of fear and lying in the Bible, too.

Abraham twice lied about his wife, even telling her to lie about her identity, in Genesis 12 and 20 because he was afraid that the Egyptians would kill him and take his beautiful wife. His fear drove him to break God’s law, and to tell his wife to do the same.

Or later in 1 Samuel 15, Saul disobeys God, disregards the Lord’s words through His prophet Samuel, and does not destroy everyone and everything of the Amalekites like he is supposed to.

Samuel confronts him and asks, “Why then did you not obey the voice of the Lord? Why did you pounce on the spoil and do what was evil in the sight of the Lord?” (15:19)

And Saul says to Samuel, “I have obeyed the Lord. I have gone on the mission which the Lord sent me. I have brought Agag, the king of Amalek, and I have devoted the Amalekites to destruction. But the people took the spoil, sheep and oxen, the best of the things devoted to destruction, to sacrifice to the Lord” (15:20).

Did you catch that? “I obeyed and went to battle, but the people, they disobeyed.”

And Saul, just like Adam, was afraid, he knew he had sinned, and tried to use a lie to cover up his sin. Samuel goes on to say to Saul that God had rejected him as king because he rejected the word of the Lord. Saul’s response to that rejection is important. Saul says to Samuel, “I have sinned, for I transgressed the commandment of the Lord and your words, because I feared the people and obeyed their voice” (15:24). I feared the people and obeyed their voice. Fear led Saul into sin. Imagine it; the king was afraid of what his subjects might say. Fear of being unpopular, fear of losing reputation, of not being praised by men. Fear of losing his position of favor in the hearts of his subjects. Fear led him to break God’s law, and to lie to try and cover it up.

Our sinful fear can lead us to lie, too.

I had an experience as a parent that wonderfully illustrates this point; any parents reading this have probably had similar experiences. I came into the kitchen one day and found an open box of Oreos on the counter. There were crumbs were on the counter and on the floor. We had an obvious case of illicit breaking and entering into the snack stash. So, I called in my son for questioning. He walked in and had a noticeable ring of chocolate cookie residue around his lips and he had crumbs on his hands. I asked him, “Son, did you get some cookies out without asking?”

He looks me in the face, with his own face covered in Oreo evidence, and He responds that he did not. I ask him again, “Are you sure you didn’t eat any Oreos?” He denies that he did. I ask him about the crumbs on his hands and the ring of chocolate around his mouth. He replies that he doesn’t know how those got there, but, he assured me, that it wasn’t from him eating Oreos.

Maybe you may not be as blatant as the child with crumbs on his hands, but you might be tempted to lie in other ways. When we’ve been caught in something, we can deceive ourselves into thinking that we can cover our tracks and hide our sin by covering it up. Maybe you’ve said little white lies.

Or maybe you aren’t so crass as to say an actual lie, but you think you’re clever enough to omit certain truths and deceive by misdirection and misleading. That’s still lying.

Our fear of man can tempt us to lie and to try to make ourselves look better in the eyes of other people. People ask us how we are doing, and we don’t tell the truth about our struggles, about the sin that is dominating us because we don’t want them to think that we are sinners, or that we struggle.

We also try, just like Peter, to cover the shame that we feel with even more lies. We get caught in some sin but deny it. We double down, trying to dig our way out of a hole by continuing in the charade, keeping the lies going and building an even more complex façade. But, just like Peter and just like Adam, God sees right through the fig leaves of deception that we use to try and cover our sin.

We are like Adam, naked and exposed before God. He has even more sure evidence of our lies than Oreo crumbs on our fingers. He sees right through to our heart. He knows all things, knows all truth, and knows us right to the very core of our beings. As we heard this morning, God sees right to our hearts. Our lives, and our lies, are exposed before him with even greater clarity than this text that sits before you.

Perhaps you feel bound by some lies at this very moment, you feel stuck or even enslaved in a web of deceit, ashamed that you’ve been driven by fear into a charade of falsehood that grips you.

The good news for Peter, and for you, is that we don’t have to be dominated by fear, and that we are not disqualified as Christians because we have lied. Later in John, we will see Peter’s restoration. Even though Christ himself was abandoned by Peter, Peter isn’t abandoned by Christ. Christ forgives and restores Peter, and that same treatment is offered to you. Christ stands ready to forgive and restore you, if you would but come to him by faith. See his great love for you, see how he is never driven by fear and never used lies to try and protect himself. Indeed, Christ himself was condemned with lies so that you might be restored by the truth. He was crushed by those that feared man so that you would never have to live in fear of man. He was falsely accused so that you would never have to fear false accusation, and the eternal incarnate truth was put to death so that you might live in the truth and walk in the light.