Poverty and the Moral Law 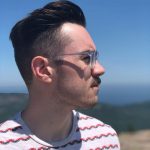 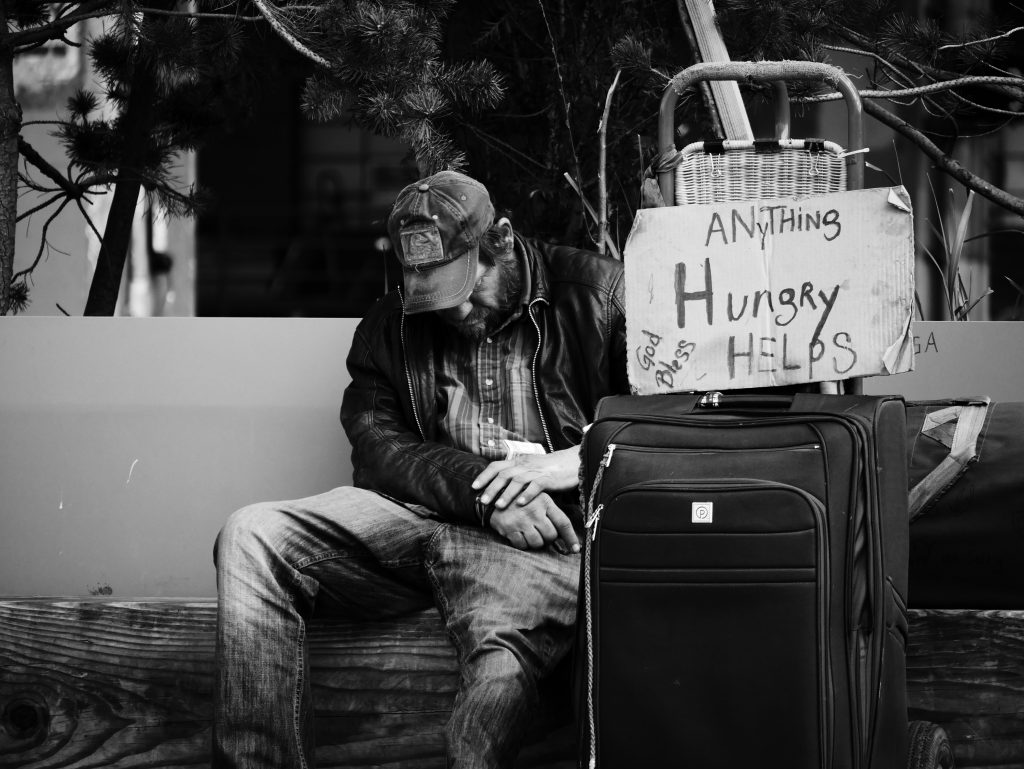 Is poverty an inherent injustice? Can we say the same about wealth? As one recent Congresswoman has stated, is it immoral for billionaires to exist in the world? With all of the debates surrounding social justice, the topic of poverty has gained prominence as questions regarding economic inequality are thrown about. Some within the evangelical world have been quick to adopt the culture’s position on the issue, but as Christians we always have to stop and ask ourselves, “What does the Bible say?” Does the Bible condemn either the existence of poverty or wealth? The Bible, as our sufficient guide to life and godliness, has an answer that, when looked at through the lens of God’s moral law, aids us in this important discussion. And as we gaze into what the Scriptures have to say about poverty, the answers surrounding poverty and justice will begin to be brought to light.

“For there will never cease to be poor people in the land; that is why I am commanding you, ‘Open your hand willingly to your poor and need brother in your land’” (Deuteronomy 15:11). The Mosaic Law is filled with laws exhorting the Israelites to care deeply, and give generously, to the poor around them in the land that God is giving them. And these laws on caring for the poor did not arise out of happenstance, but as I’ve stated in a previous post, the civil laws that God gave to the nation of Israel all flow out of the application of God’s moral law, His Ten Commandments, in society. God’s moral law, as the standard for what is just or unjust, gives followers of God a lens through which to view the societal issues we see around us. The reason Israel was not to withhold provision from the poor in the land was because God’s people are not to be thieves. They are not to murder their poor neighbors, or show either partiality or hatred towards them. They are to show a grace-grounded generosity towards the poor in the land, because God brought Israel out of their poverty in Egypt into the wealth of God’s promised land. This flows into God’s consistent commands not to have unjust measures in their courts and homes. They are not to show partiality towards either the rich or the poor. Rather, they are to give generously to the poor while likewise ensuring that the rich in the land are not looked down upon for their fortune either. A life with wealth has its own set of particular temptations, as does a life of poverty, but neither are inherently a violation of God’s moral law. One can be either rich or poor and live in grace-empowered obedience to God’s commandments.

We see God’s moral law come to life in the wise principles of the Proverbs. Solomon’s exhortations are filled with statements regarding both the potential pitfalls of wealth and poverty. He’s clear not to describe either as inherently sinful or unjust, but rather focuses his statements on how the wise disciple stewards what God has providentially provided for him. The wise man, living out God’s moral law in everyday life, is one who does not give into laziness, thus allowing poverty to come upon him like a robber (Proverbs 6:10-11). The wise disciple does not seek to gain wealth by sinful, or unjust, means, but rather trusts the Lord with his wealth as he seeks to live righteously before God and others (Proverbs 10:2, 13:11, 16:8). There are a host of other truths that can be taken from the Proverbs, but the various rivers of application all flow from the same source. The wise follower of God rightly realizes that their salvation does not lie in their station of life, either rich or poor, but in God alone. Both the rich and the poor are to live godly lives, rightly stewarding the means that God has given them, while placing all of their trust upon the King of God’s kingdom.

Jesus, as the perfect law-keeper, shows partiality to neither the poor or the rich throughout the Gospels. He surely has strong exhortations for the wealthy in Jewish society (Matthew 19:23-24), but he never outright condemns their having wealth as a sin in and of itself. His parables of the talents highlights this reality as Jesus speaks to how stewardship in His kingdom is of vital importance, no matter if you’ve been given one talent or ten. In fact, Jesus goes on to essentially repeat Deuteronomy 15:11 when he confronts His disciples at the house of Simon the Leper, “You always have the poor with you, and you can do what is good for them whenever you want, but you do not always have me.” (Mark 14:7) The Son of God goes about His earthly ministry both affirming that poverty will always exist in this fallen world, as well as encouraging His disciples, no matter their station in life, to be faithful stewards with what God has providentially bestowed to them.

This mindset continues into the later writings and epistles of the New Testament. The book of Acts is rife with references of the early church giving generously to those in need in the body, even to the point of sharing possessions (Acts 2:44-45, 6:1-7, 11:27-30). Paul encourages the Corinthians to give generously to those suffering in Jerusalem (2 Corinthians 8). The epistle of James is infamous for its bold declarations to the rich in 2:1-13 and 5:1-6. Notice the thrust of those exhortations though. James is not condemning wealth itself, but rather the ways in which wealth might tempt one towards partiality, greed, and injustice towards those working underneath them. It’s not wealth that’s the issue, it’s the heart. And the warnings that James gives in his letter are the very same warnings we see sprinkled throughout Mosaic Law. Scripture’s testimony is clear and consistent in the matter of poverty and wealth. The question lies in how do we apply what the Scriptures teach to our day and age?

So is poverty, or wealth, sinful? I believe that the Bible teaches that the answer is both yes and no. As we’ve seen from the beginning to end of Scripture, poverty, and wealth, in and of itself is not sinful. Both poverty and wealth can be stewarded well to the glory of God. There are situations however, as seen all throughout Scripture, where both poverty and wealth are the result of sinful behavior at both the corporate and individual level. A company could be sinfully forcing poverty upon their employees when they have the resources to provide abundantly for their employees, yet choose to line their own pockets instead. That’s stealing according to God’s moral law. They are robbing those beneath them of the provision that they deserve for their labors. This is precisely the situation we see unfolding in James 5. The wealthy landowner is refusing to pay his harvesters fairly, even when he has the financial ability to do so. James says starkly that greedy businessmen like that have spiritually murdered those under their care. Similarly, the rich man could’ve gained his riches through other sinful means. One needs only to look to the mafia empires of the early to mid 1900’s, or the drug cartels of today, to see this on full display. Likewise, poverty could be a sin when one’s own idolatry, greed, covetousness, and slothfulness lead to their inability to provide for themselves and their families (Proverbs 6:10-11, 10:4, 12:24, 13:18, etc.). A fallen humanity is surely capable of sinning themselves into financial oblivion. A man could have sinfully brought poverty upon his family when he chooses the casino over his role as provider. Again, we can see how the moral law of God, as His standard for right and wrong, gives us a lens through each individual, unique situation as the Christian can wisely discern how both riches and poverty can often be rooted in coveting, stealing, murder, or idolatry.

The increasingly secular culture around us would have you believe that wealth is evil, and that poverty must be completely alleviated, often through unjustly robbing from the wealthy, for justice to truly flow in these lands. The Bible, and God’s moral law, gives us a much different way of looking at the social issues in our world. An abundance, or lack, of money is not inherently the problem. The problem is the sinful heart that uses its station in life to rebel against the Creator. As biblically-informed Christians, we can look at the world, with the standard of God’s law in tow, and exhort both the rich and the poor to steward what God has given them, whether great or small, in a manner worthy of the One who owns the cattle on a thousand hills. Likewise, with God’s law in our hearts and minds, we can cry out against genuine financial injustices we see in the world. When we see an organization, whether a government or a business, rob those beneath them of provision, then we can speak to that with the eternal standard of God’s righteous law. When we see a father drive his family into financial distress through laziness or addiction, we are to speak into that with God’s design for both fatherly leadership and stewardship. And as we see these situations arise around us, and particularly within our own local churches, we must remember that God has given us a means of fighting for justice within the local church: church discipline. God has given His local churches the keys to the kingdom of God, and we are called to wield those keys by calling those who claim the name of Christ walk justly towards their neighbors. Local churches do justice towards their members when they rightly exercise church discipline as a means of grace. In fact it is an act of injustice to cry out against the social maladies in the world, but to refuse to act against the injustices within our own congregations. We don’t fight financial injustice like the world does. We fight with the spiritual tools that God has given His spiritual kingdom as we await the Day when Christ will return to bring a true justice that this world could attain if it tried. And as we wait, remember that the only hope for men and women who commit all kinds of injustice with their money is the gospel. Only the Spirit bringing an unjust, greedy, dead heart to life will change how a person stewards what the Lord has providentially given them. Christian, point those in your churches, and the world, to the gospel of Christ, and rejoice as we are promised to see new creations walk in this already-not-yet age showing the City of Man what it looks like to not place our hopes in money that is here one day and gone the next. 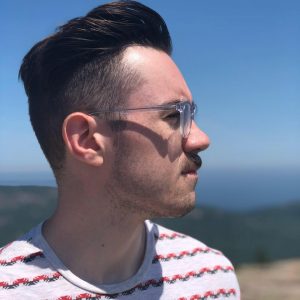 Cody works as an Upper School Teacher at Cornerstone Classical Christian Academy in Montgomery, AL teaching Greek and the Humanities. He is also serving as a pastoral intern at Morningview Baptist Church in Montgomery, AL. He received his MDiv in Christian Ministries from The Southern Baptist Theological Seminary.
AUTHOR ARCHIVE